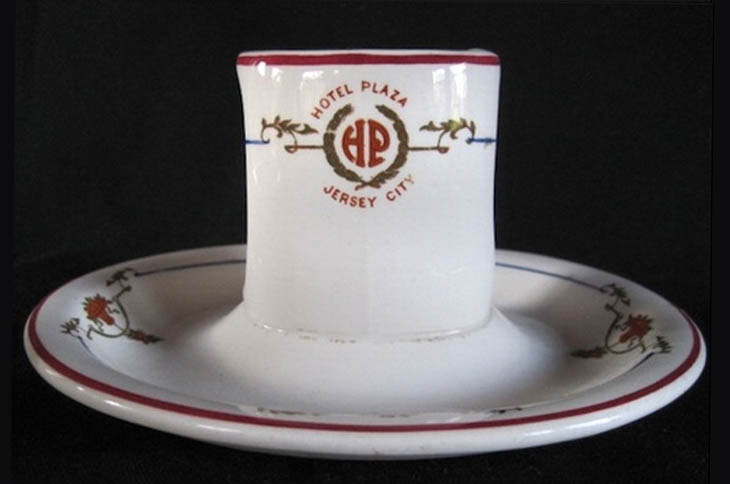 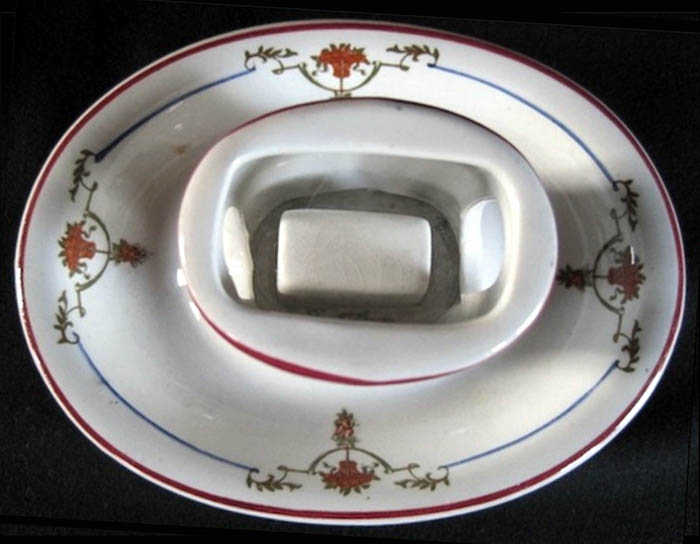 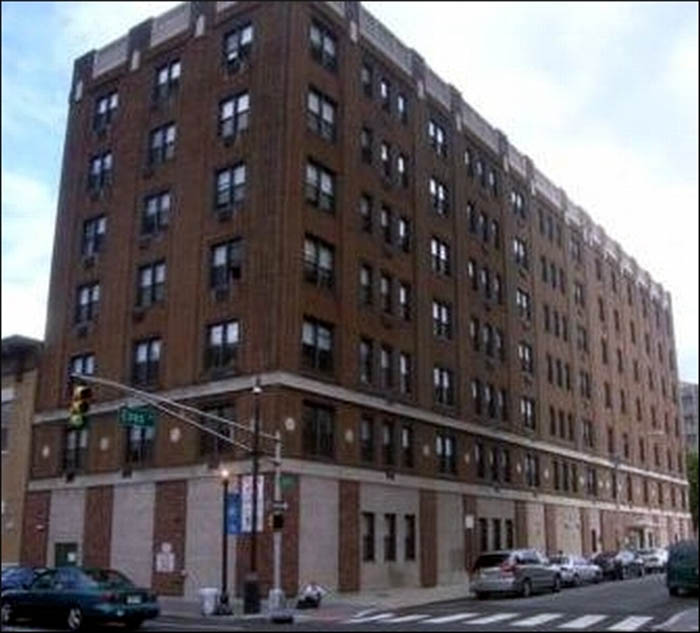 Notes: The Plaza Hotel was located at 91 Sip Avenue, across from Journal Square, in Jersey City, New Jersey. The 7-story hotel was listed in the 1925 Hotel Red Book (HRB) with 100 Perfect Rooms, and later in the 1929 HRB with 190 rooms.

In the 1944 HRB, the hotel offerings included a Men's Bar, Dining Room, Grill, Banquet/Convention Facilities, and Garage Accommodations. It was listed in the 1973 HRB, but not the 1985 edition.

White body match holder. Deep red line on rim and top of chimney. Blue line on verge broken by baskets of rust flowers with green leaves. Wreath on chimney with rust letters H P inside. Hotel Plaza above and Jersey City below.