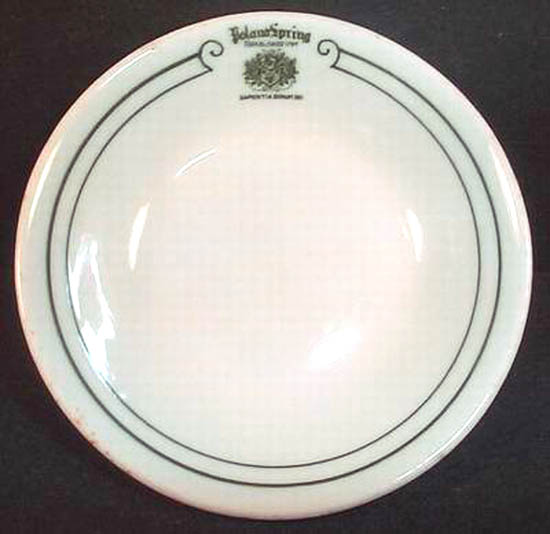 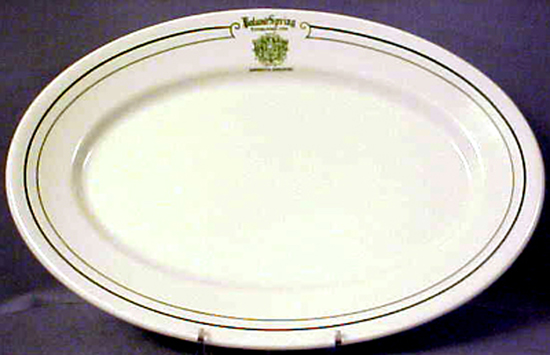 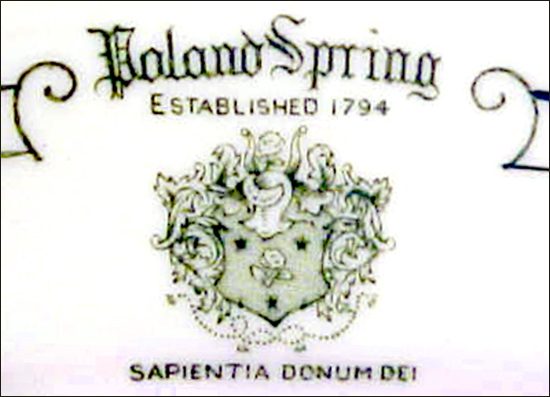 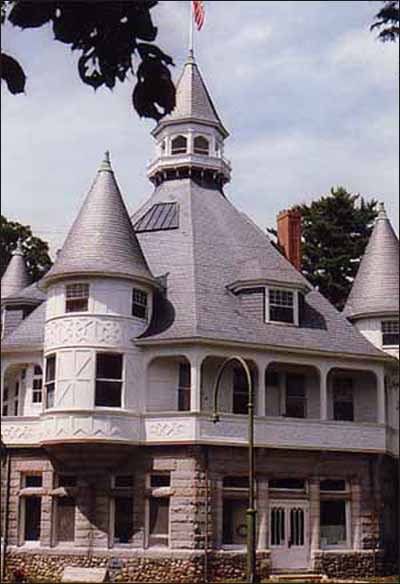 Notes: In 1787, Wentworth Ricker opened the Wentworth Ricker Inn at his Mansion House in Poland Springs, ME. At that time, there were many travelers from Portland, ME to Montreal, Canada, so several additions were made to the original Mansion House in the years that followed to increase accommodations. In 1834, Wentworth turned the property over to his son, Hiram Ricker, who managed and continued to expand the property until 1870. Hiram then turned the property over to his eldest son, Edward Payson Ricker. Business was so prosperous, that Hiram Ricker & Son built the Poland Spring House in 1876 on the same property as the original Mansion House.

The Poland Spring House, according to a 1992 Down East Magazine article, "was a completely self-contained resort, an ocean liner among the sea of Maine's forests. In 1892, [there were] more than 300 employees. There were barbers, watchmen, housekeepers and cooks, stable boys and yard men, farm help and spring help, nine engineers, four carpenters, three blacksmiths, and two painters. There was room for 450 guests, as well as separate quarters for guests' servants, such as nannies and maids, and the hotel staff."

The Poland Spring House remained popular through the 1930s, but declined after World War II, and during this time the ownership passed from the Ricker family. It closed in 1965 and was left to deteriorate until 1972, when there was an attempt to revive it. Unfortunately, on July 3, 1975 the Poland Spring House went up in flames, and the sister Mansion House suffered the same fiery fate three years later in 1978. Some of the outlying buildings, like the All Souls Chapel and the springs remain.

Click here for a more detailed history of the Poland Spring House and click here for detailed information about the sister Mansion House.