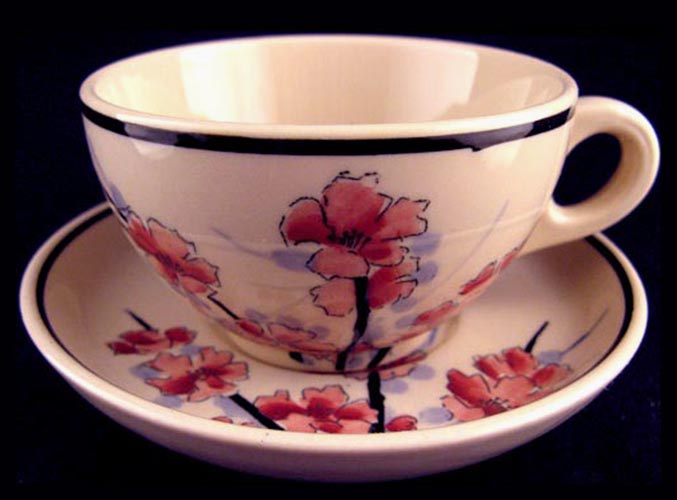 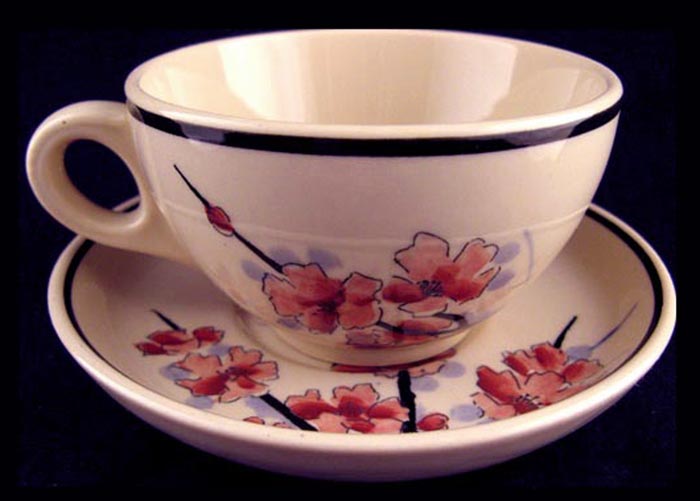 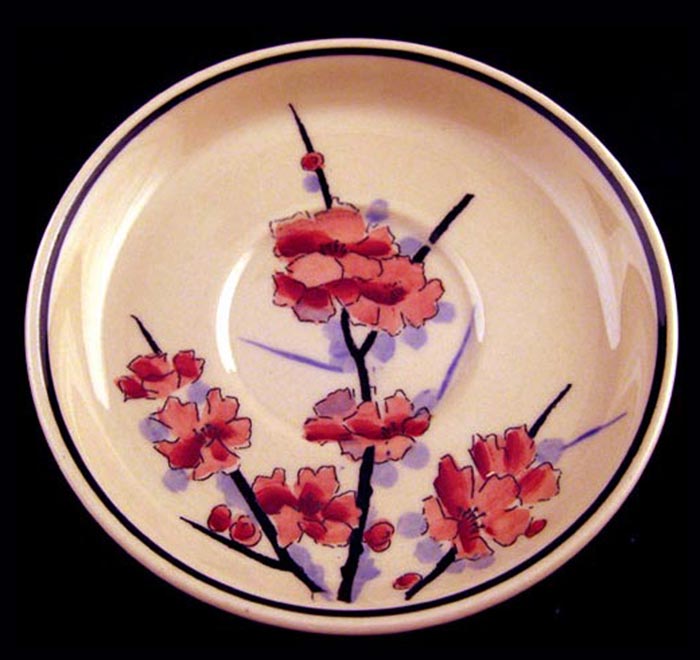 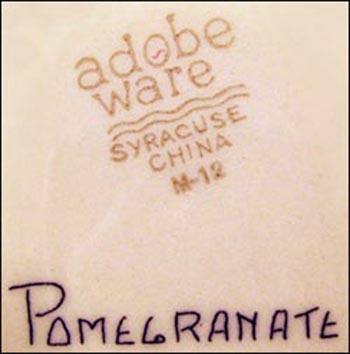 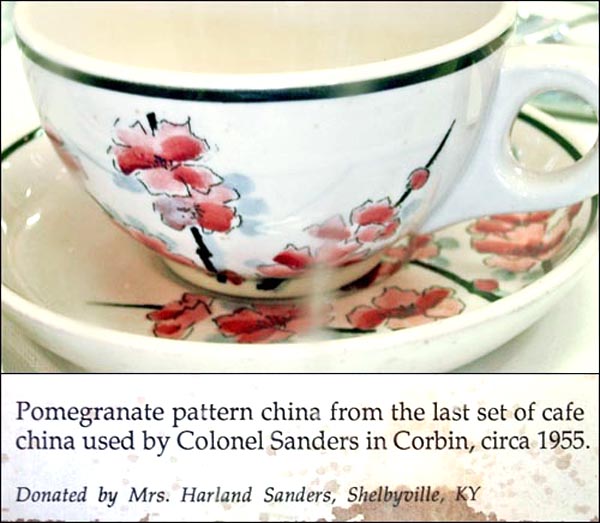 Notes: This stock pattern has been documented as being used at Sanders Cafe, the birthplace of Kentucky Fried Chicken. Pieces of the pattern are on display at the Sanders Cafe and Museum in Corbin, Ky., as shown in a photo above. The information and china both came from Mrs. Harlan Sanders.

The design was copyrighted on March 3, 1933, as shown on page 183 of a catalog of Syracuse overglazed patterns.