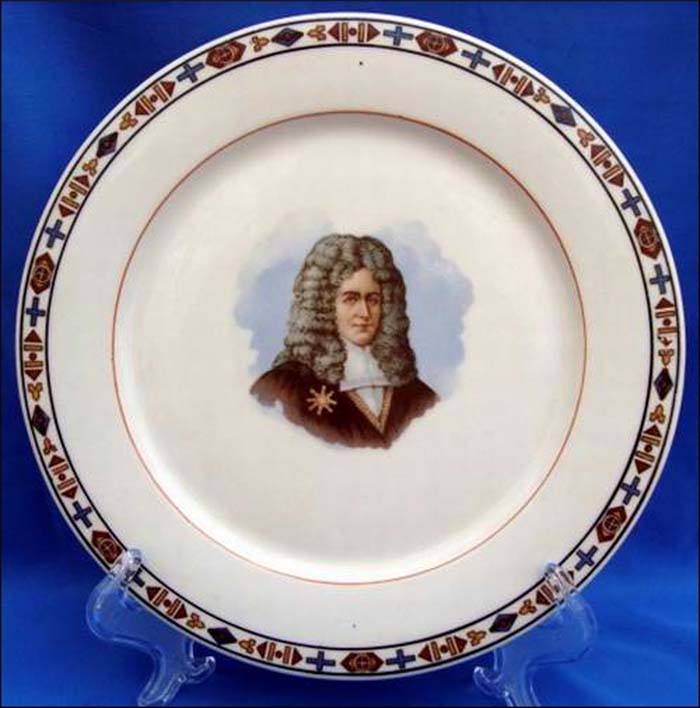 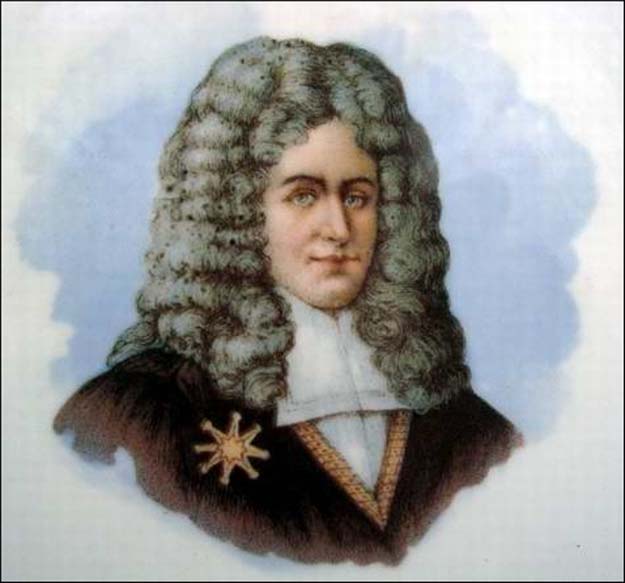 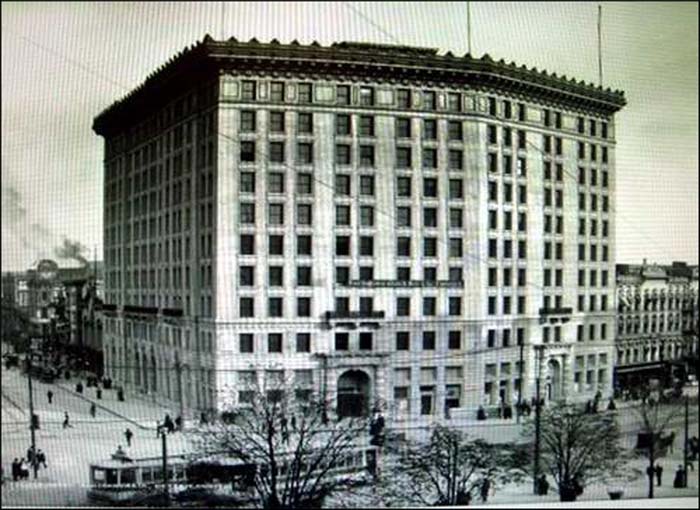 Notes: Designed by the famous architect George Mason the Pontchartrain Hotel opened in 1907 at the corner of Cadillac Square and Woodward Avenue in Detroit, Michigan. Originally it was a 10-story building, but a huge mansard roof was built in 1915 adding five more guest floors.

The hotel was named after Jerome Phelypeaux, Comte de Pontchartrain, who as the Minister of Marine of France sent the French explorer and adventurer Antoine de la Mothe Cadillac sailing to North America. In 1701, Cadillac founded Fort Pontchartrain du Detroit, the beginnings of modern Detroit. A portrait of Comte de Pontchartrain hung in the hotel saloon. It is this likeness of him that appears on this service plate.

The "Pontch" as it was nicknamed was the watering hole for all of the pioneers and business barons of the early automobile industry. In his book My Pilgrim's Progress, George Trow quoted Alfred Sloan the builder of General Motors:

" The Pontchartrain [hotel in Detroit] was where motorcar gossip was heard first- New models customarily had debuts there. As word spread that so and so's new Whizzer was parked at the curbstone, the crowd would flock outside to appraise the new rival of all existing cars. Even on ordinary days, when the crowd thinned out of the dining room, the tablecloth would be covered with sketches: crankshafts, chassis, details of motor wheels and all sorts of mechanisms."

The Pontchartrain was torn down in 1920 and replaced with a First National Bank. The current Pontchartrain Hotel built in 1965 is in a different location near the river.

ID and Photos submitted by floralady