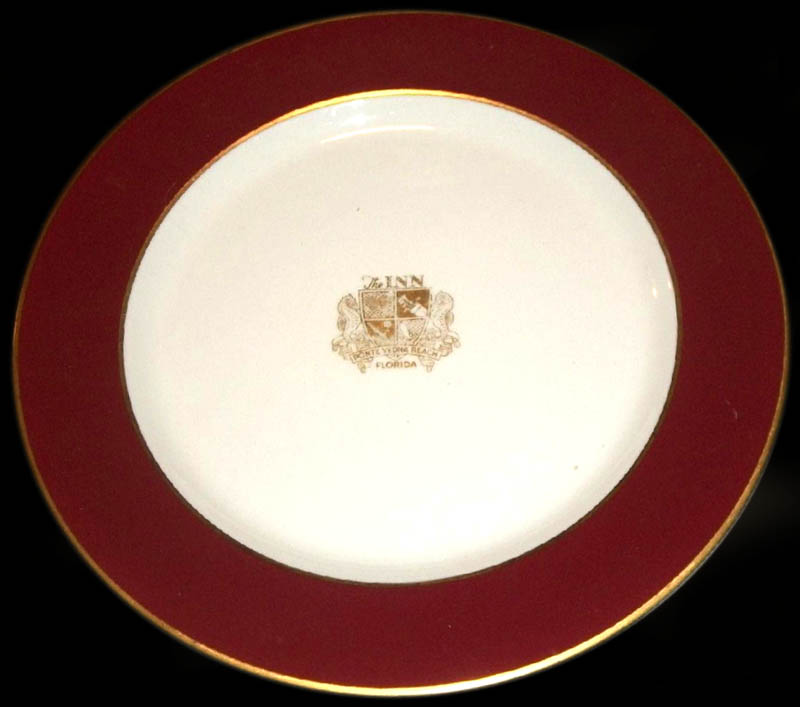 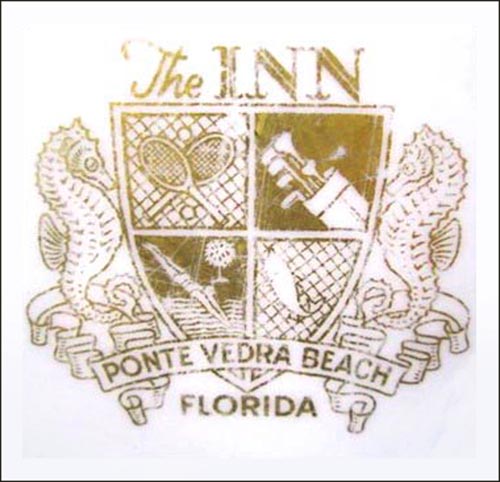 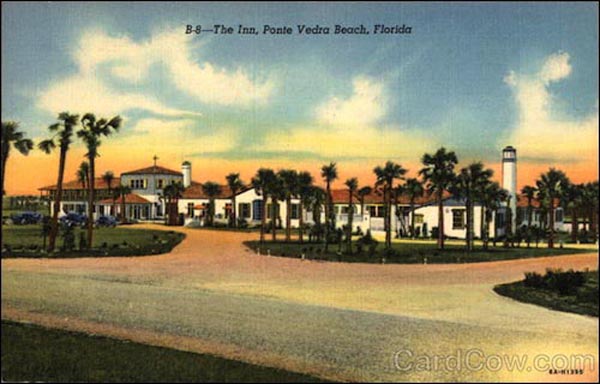 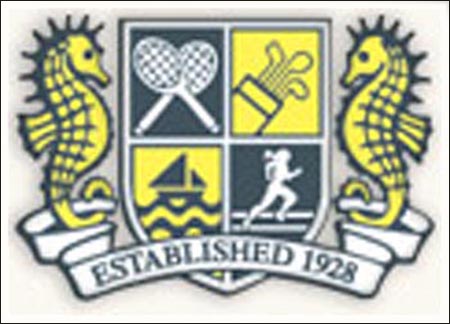 Notes: Built by the National Lead Company in 1928, The Inn, as it was originally named, was built on 300 acres in Ponte Vedra Beach (south of Jacksonville Beach), Florida. By 1959, the 110-room resort was called The Ponte Vedra Club – The Inn, according to a Hotel Red Book.

White body accented with gold bands on rim and verge. Crest, also in gold, consists of golf clubs, tennis rackets and swimming scene. Sea horses on either side, The INN above and Ponte Vedra Beach in banner with Florida below.