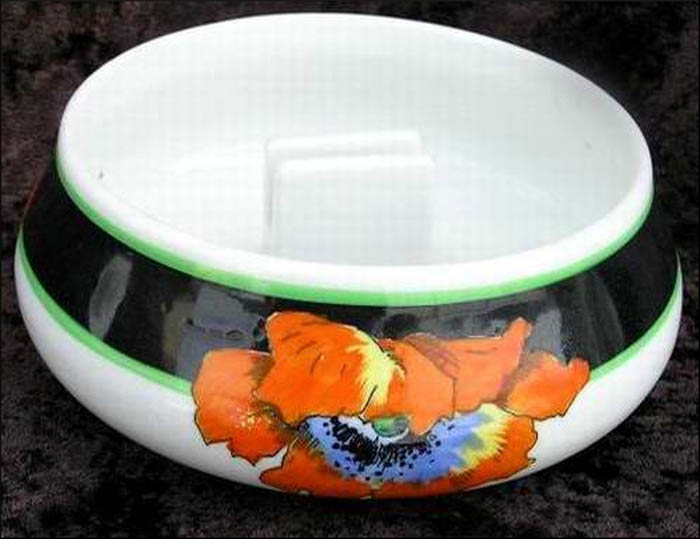 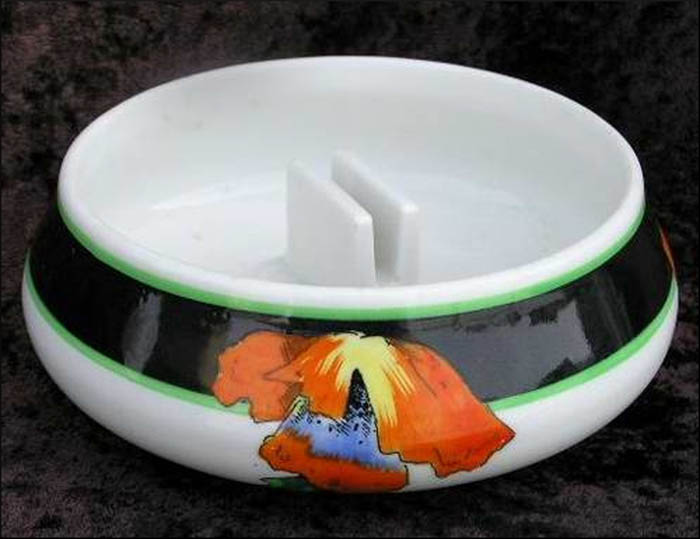 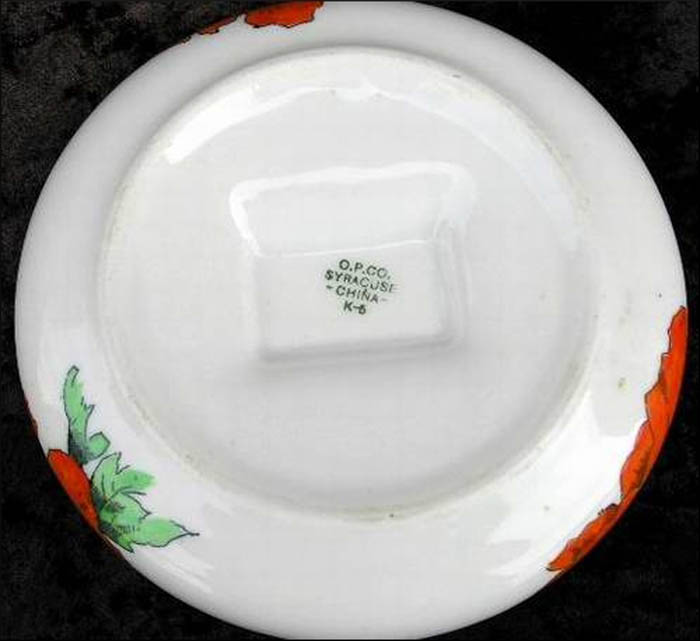 White body matchstand/ashtray with a green line on the rim, followed by a wide black band and another green line. Colored poppies in orange, yellow, and blue appear in three places along the rim.