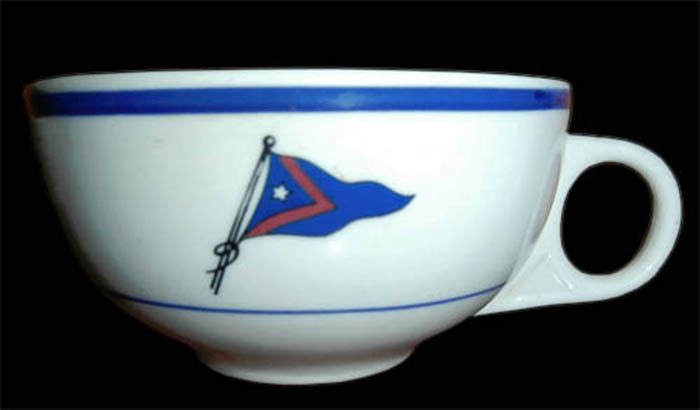 After the original clubhouse burned in 1954, the present clubhouse was built.

As of 2015, the club has swimming, tennis and paddle tennis facilities and trapshooting in addition to yachting and active social activities, and it has a dining room and ballroom dance facilities. The club also sponsors three charity events annually.

The cup, with a Mayer Interpace backstamp, is white with one narrow line and one broad band of bright blue. Between the lines is the club's burgee: a bright blue flag with a red V extending horizontally from the top and bottom of the flag at the pole side with the point of the V at the center of the flag. A single white star is located within the V.