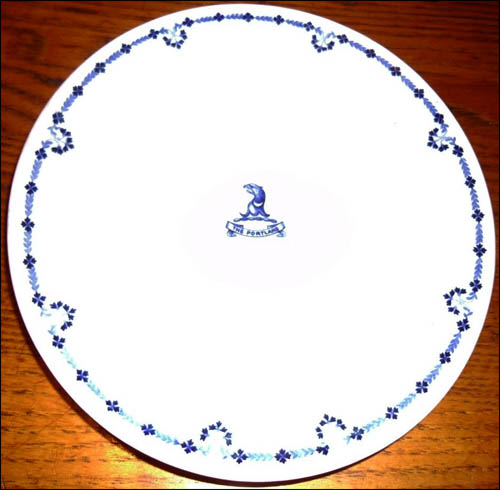 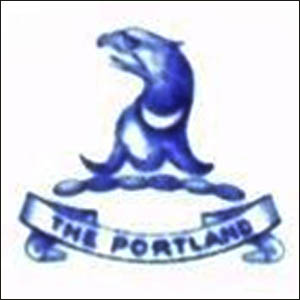 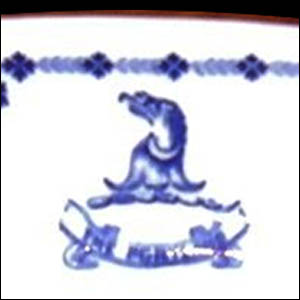 Notes: The six-story Portland was located at 1129 Vermont Avenue and 14th Street at Thomas Circle in Washington, D.C. It opened as an apartment house named Portland Flats in 1880. By 1923, it was operating as a 175-room hotel. It closed around 1940 and was converted into an office building. The building was torn down in 1962.

The design is crested in the center of the well with illustration of a bird's head, facing left; frescent shape on neck; torse ribbon bar below neck. The banner is curved below with "The Portland," all in blue transfer.

This is Lamberton's version of Syracuse China's #42200 Taft Border, and it is also the same as Buffalo China's Savarin pattern.