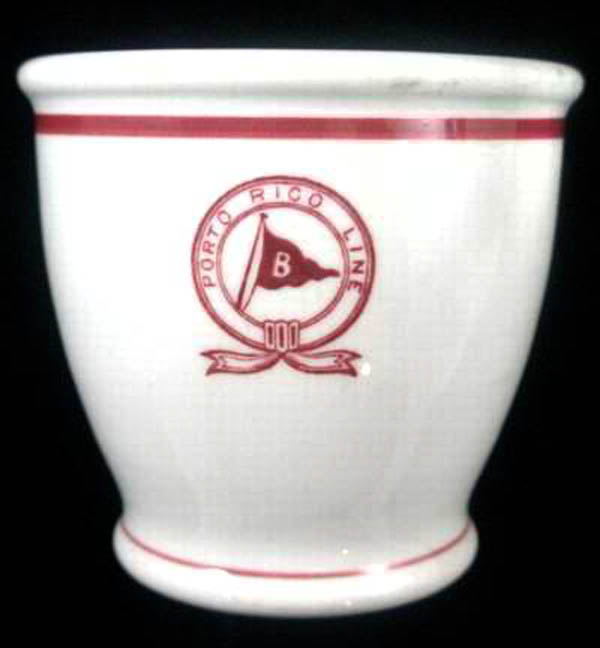 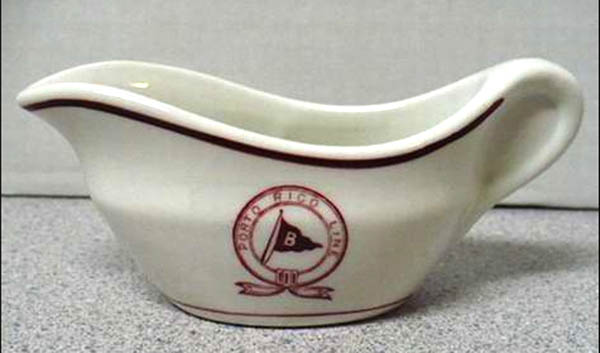 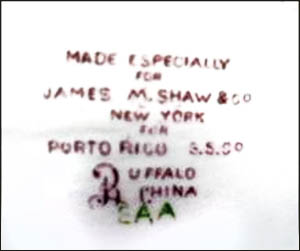 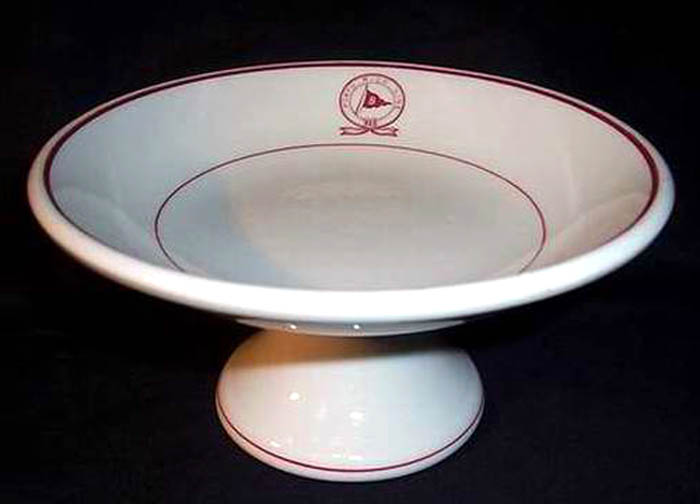 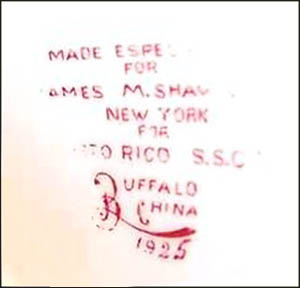 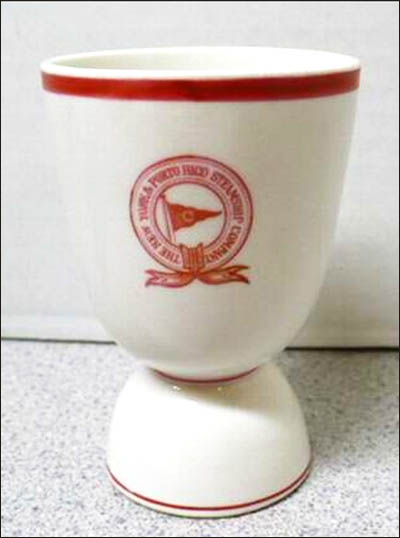 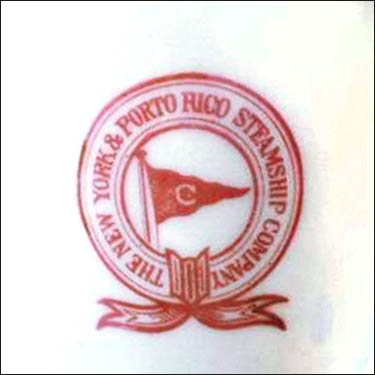 Notes: The Porto Rico Line (New York & Porto Rico Steamship Co.) operated from 1885 – 1949, offering freight and passenger service from New York to Florida, Texas, Puerto Rico, the Dominican Republic, Cuba and Mexico. In 1909, the Porto Rico Line was purchased by the Atlantic, Gulf and West Indies Steamship Company. By 1942, all but one ship was lost at sea. Passenger and freight service began again in 1946, but operations were suspended and the last ship was sold in 1949.

The incorrect spelling of "Puerto Rico" as "Porto Rico" is attributed to the steamship company's original articles of incorporation. Archibald H. Bull incorporated the New York & Porto Rico Steamship Company in 1885 under the British flag.

White body with maroon border lines. Topmarked in maroon by a round logo with ribbon tails at the bottom, "Porto Rico Line" in red arched upward, and a red pennant ship flag with a white "B" in the center.