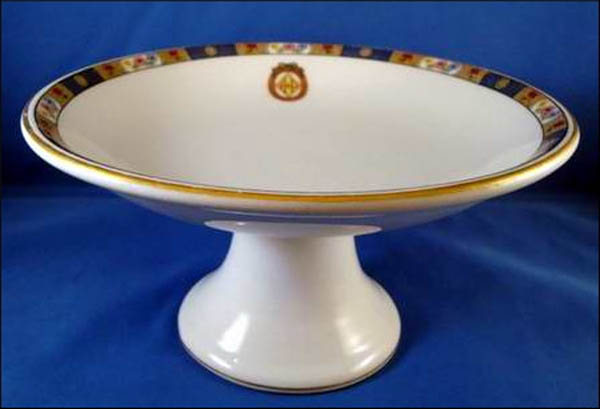 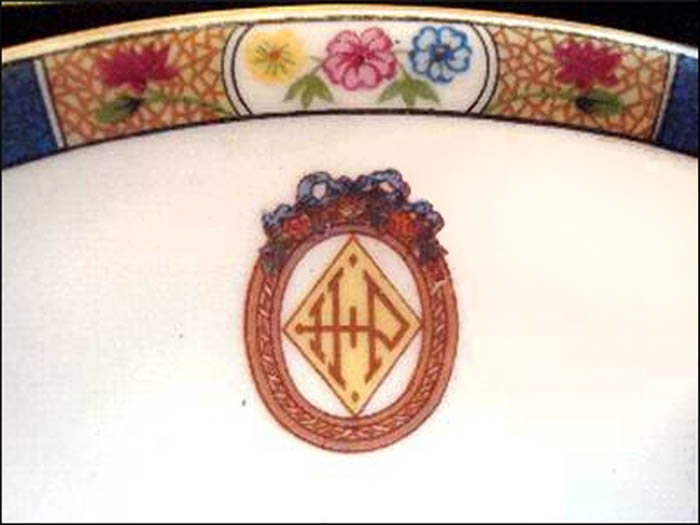 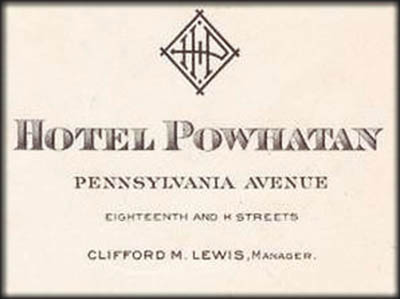 Notes: The Powhatan Hotel, located at the north east corner of Pennsylvania and 18th streets in Washington, DC was built in 1911 by Milburn, Heister & Co. Architects. The original hotel had 300 rooms. The first floor of the hotel housed a lobby, café & main dining room, while the roof garden was popular for dancing and dining.

In 1925, the first illumination of the Washington Monument occurred from the hotel roof by a spotlight. The hotel later was renamed the Roger Smith Hotel in 1938 and was demolished in 1975. In 1977, the National Permanent Building took over the site and is said to have influenced virtually all subsequent design in the District.

White body with a gold pinline rim border and floral border of alternating blue & gold panels. Topmarked with the hotel logo of the initials HP inside a diamond surrounded by a wreath, adorned with a bow.