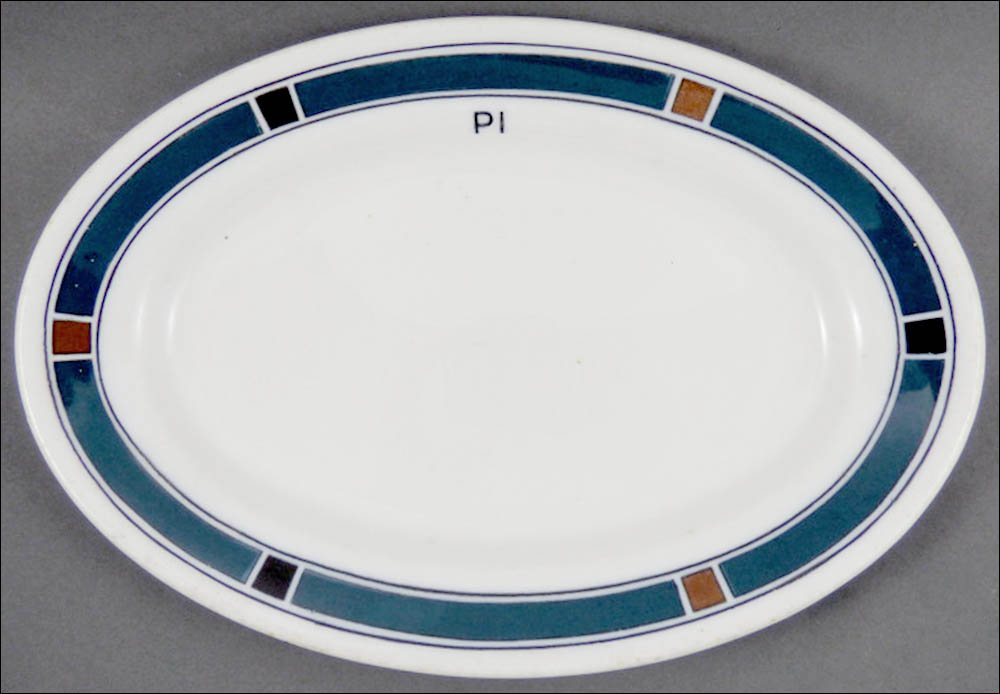 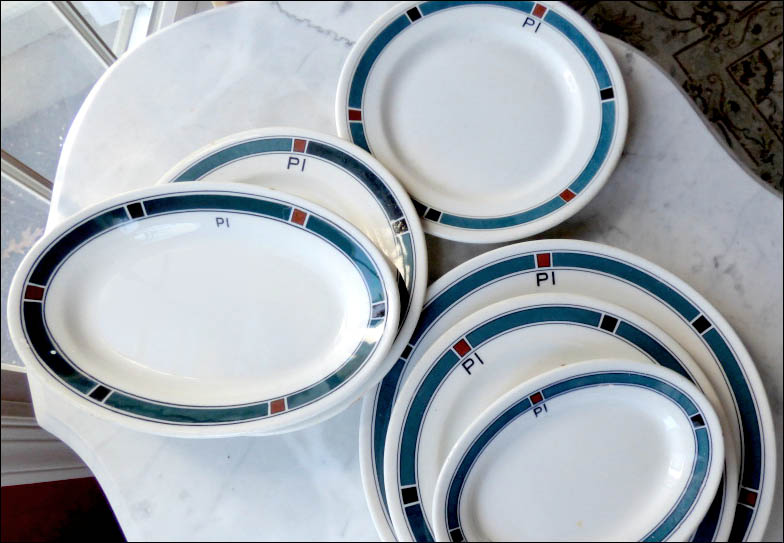 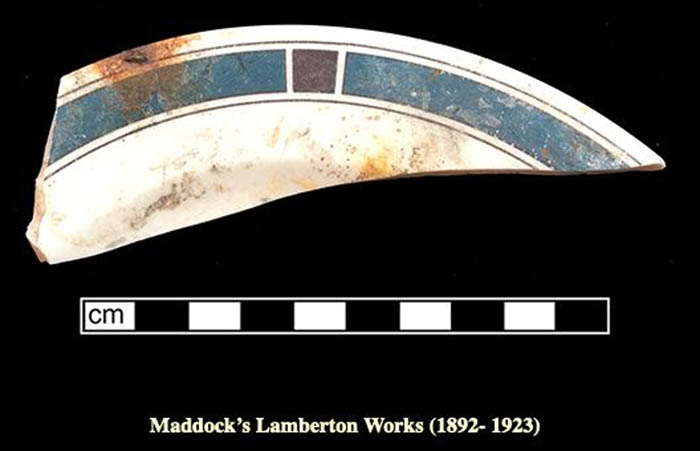 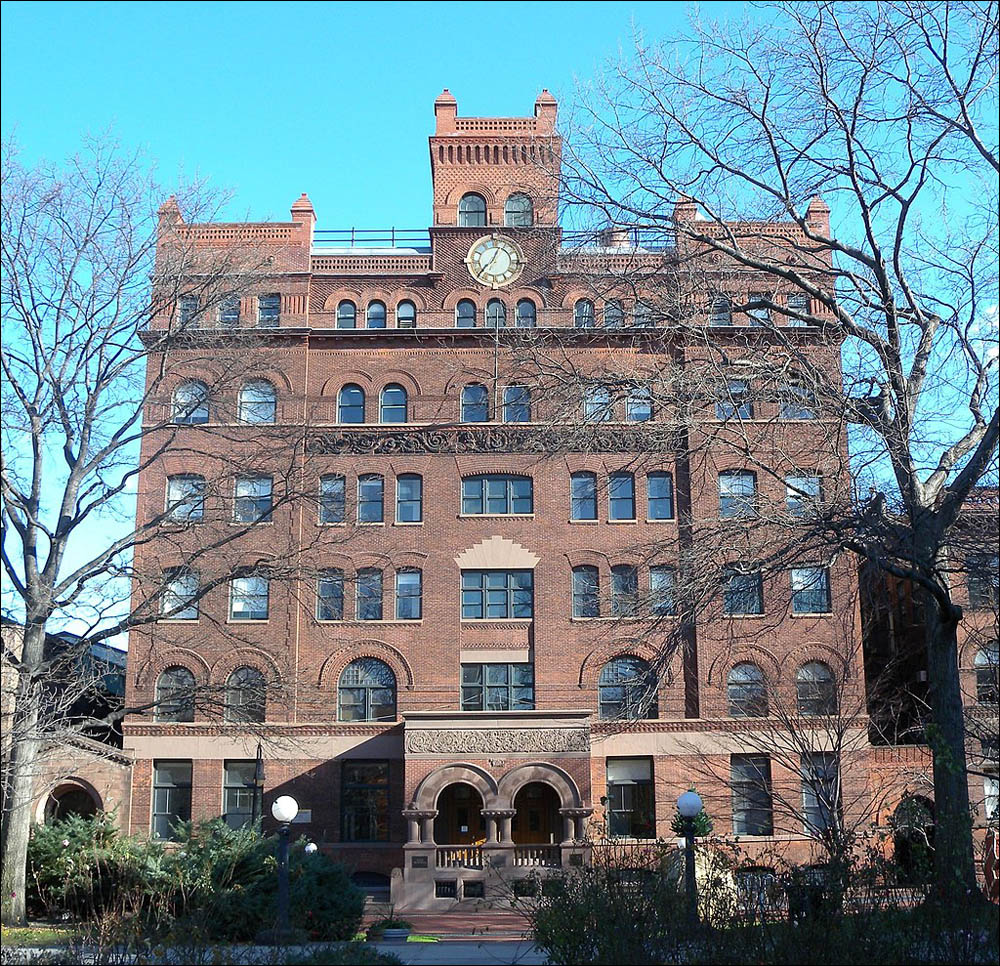 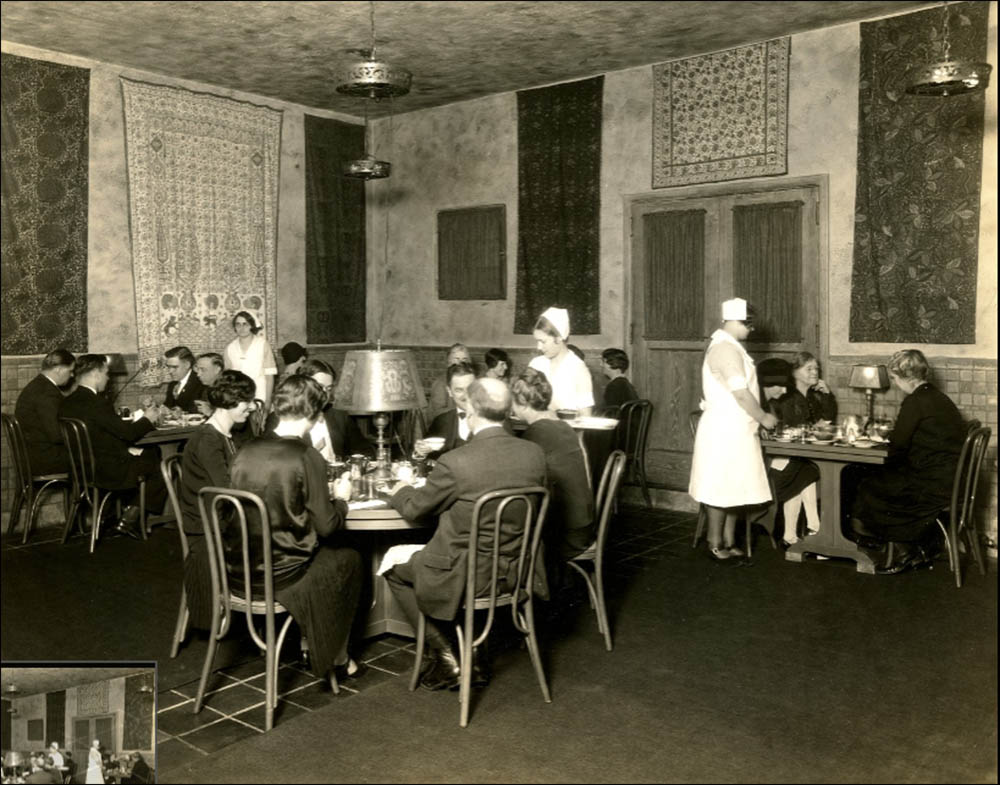 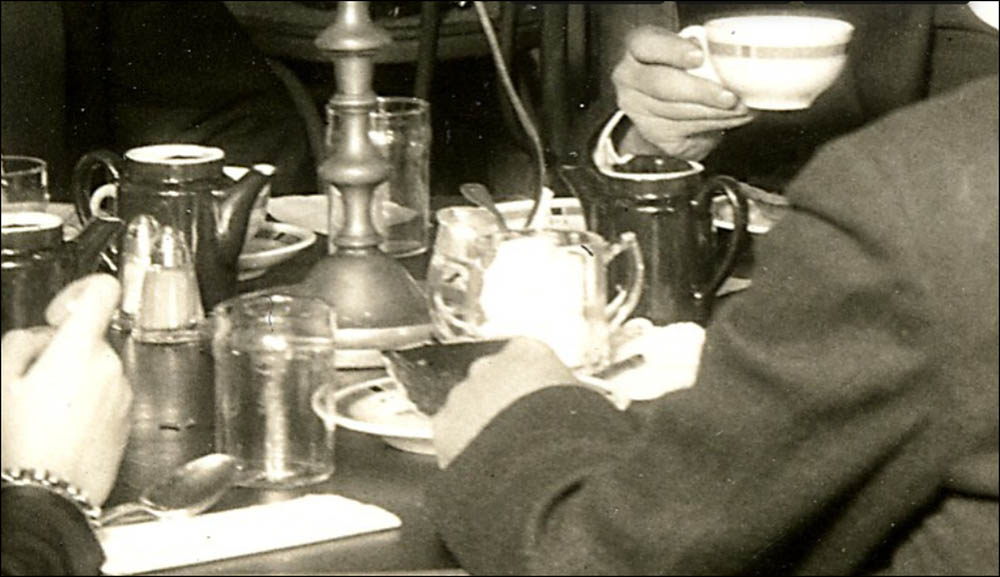 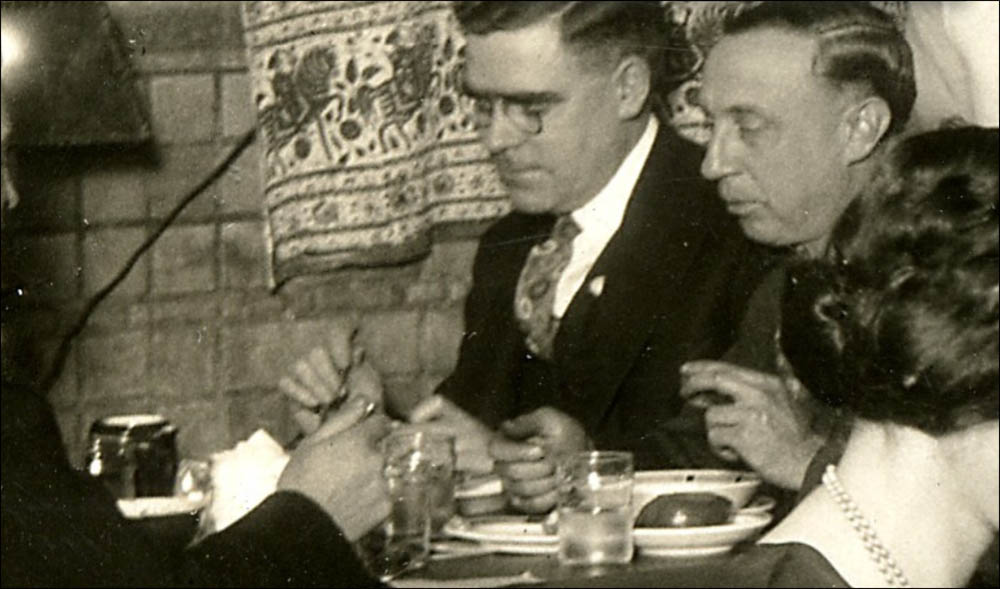 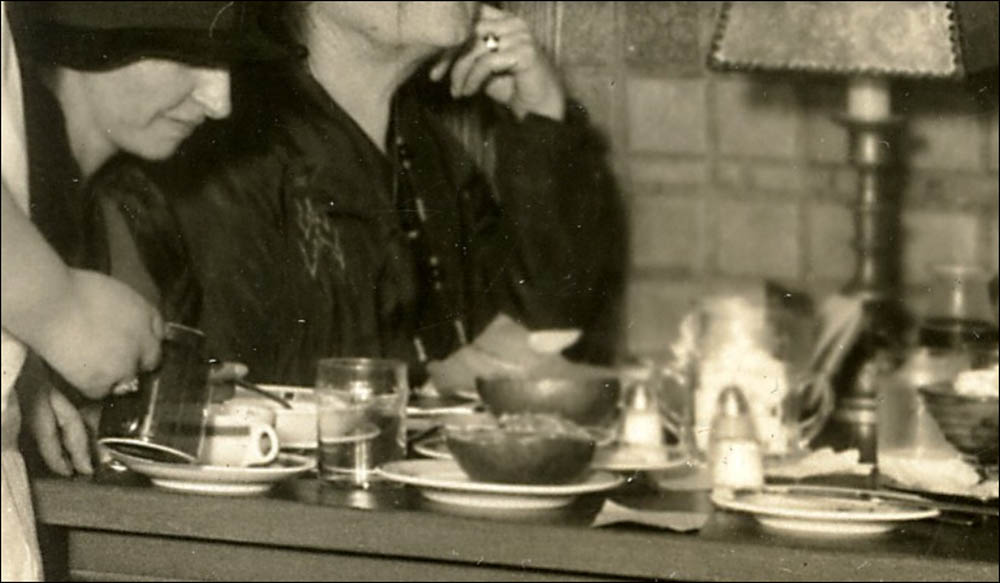 Notes: From Wikipedia: "Pratt Institute is a private university with its main campus in Brooklyn, New York. It has a satellite campus in Manhattan and an extension campus in Utica, New York at the Munson-Williams-Proctor Arts Institute. The school was founded in 1887, by American industrialist Charles Pratt with programs primarily in engineering, architecture, and fine arts. Comprising six schools, the institute is primarily known for its programs in architecture, interior design, and industrial design."

From the Pratt Institute website: "What started as a radical experiment to expand access to creative careers is now a community of 5,137 grad and undergrad students working across 48 programs with 1,200 dedicated faculty."

Scammell produced a service on its Lamberton body vitrified china that was a white body with a wide dark teal blue band around the rim. The band has thin pin stripes of the same dark teal blue on both top and bottom. In addition, the wide band is broken at intervals with the insertion of square tiles of perhaps dull navy blue and burnt orange. At the top verge are the two san serif capital letters "P I." Keyword: rwcnPI