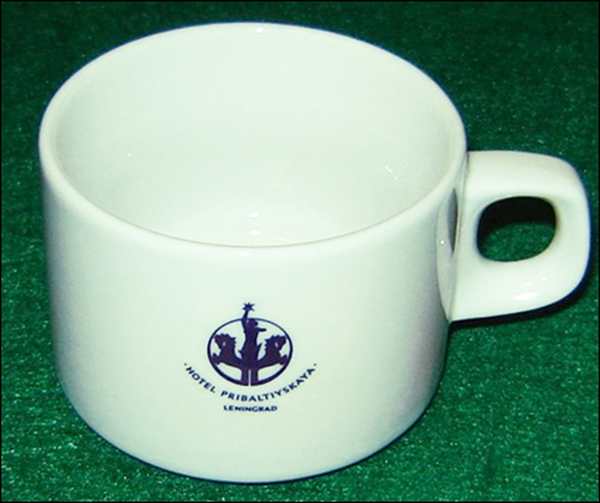 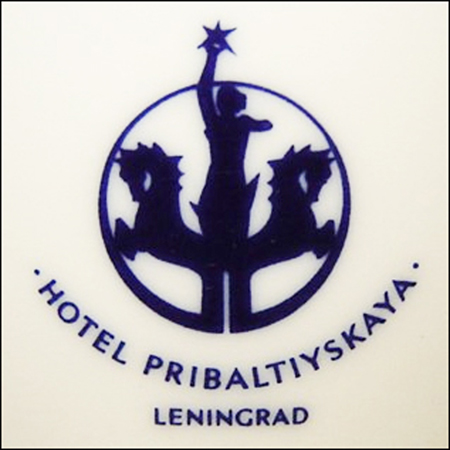 Notes: This cup was made by Bauscher for the Leningrad-based four-star Hotel Pribaltiyskaya. The hotel was built in 1979 by a Swedish firm using a Soviet architectural design, and still exists today with room rates hovering around USD250. After the fall of the Soviet Union in 1992, the 'Hero-City' Leningrad's name was changed back to the pre-Revolutionary St. Peterburg (no 's', the city is also known as Sankt Peterburg, Peterburg, Piter but in the west is often renamed Saint Petersburg).

The logo is dark blue on a white body. It is supported by lettering in the Latin alphabet, instead of the Cyrillic used in Russia. The logo depicts a woman holding a star with two charging horses in profile to her sides. Pribaltiyskaya roughly translates to Baltic Approaches, St Peterburg sits at the bay off the river Neva and is host to many of Russia's finest art treasures.