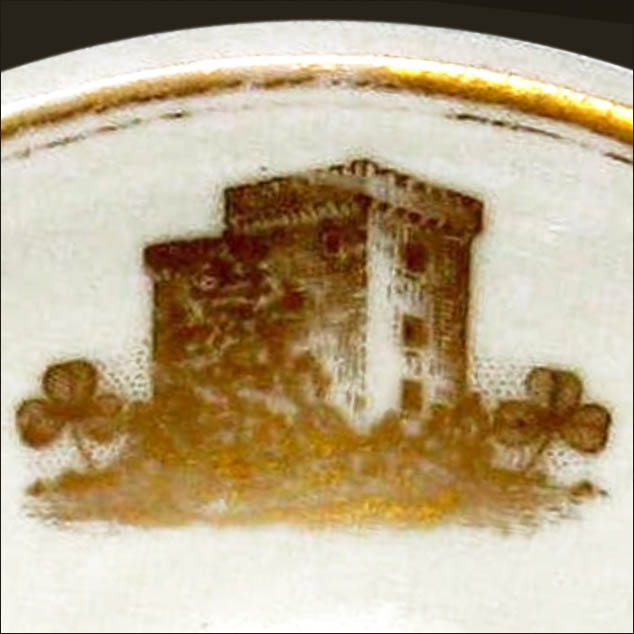 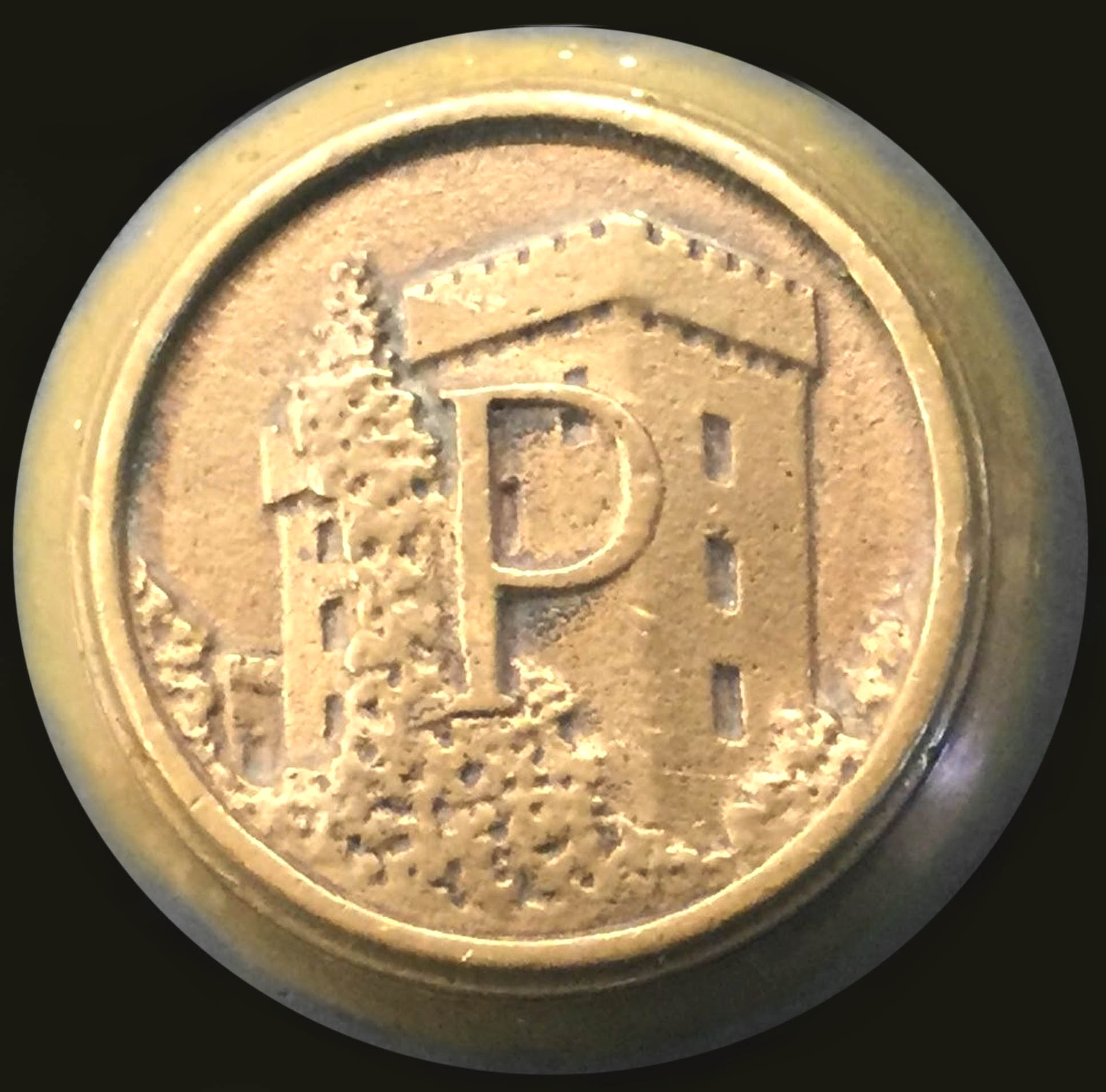 Doorknob from the Hotel Prichard 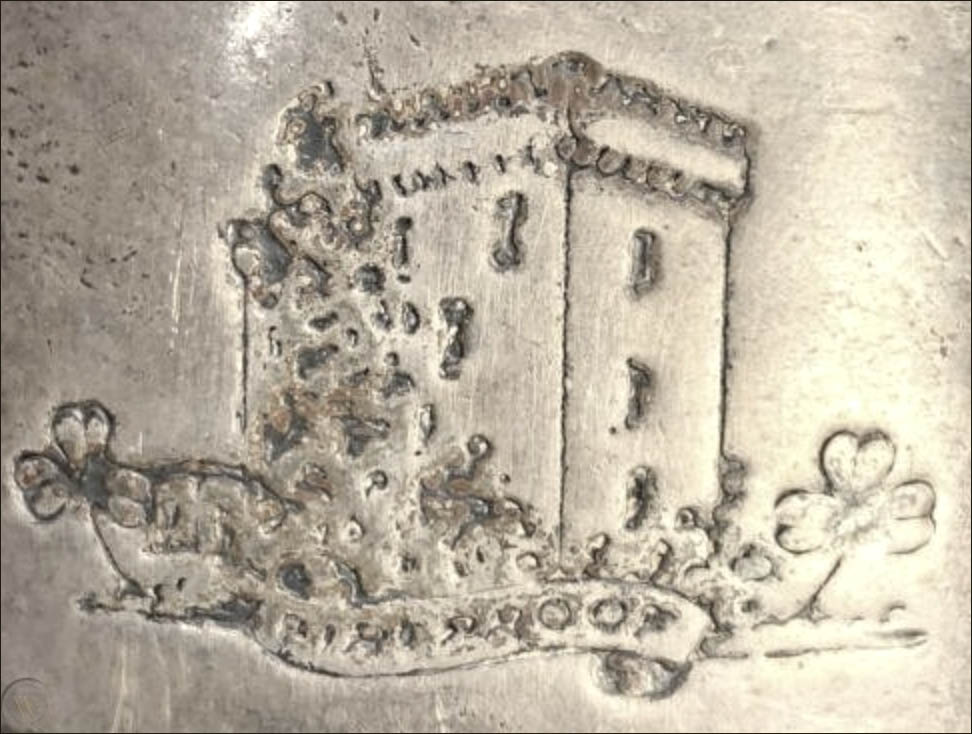 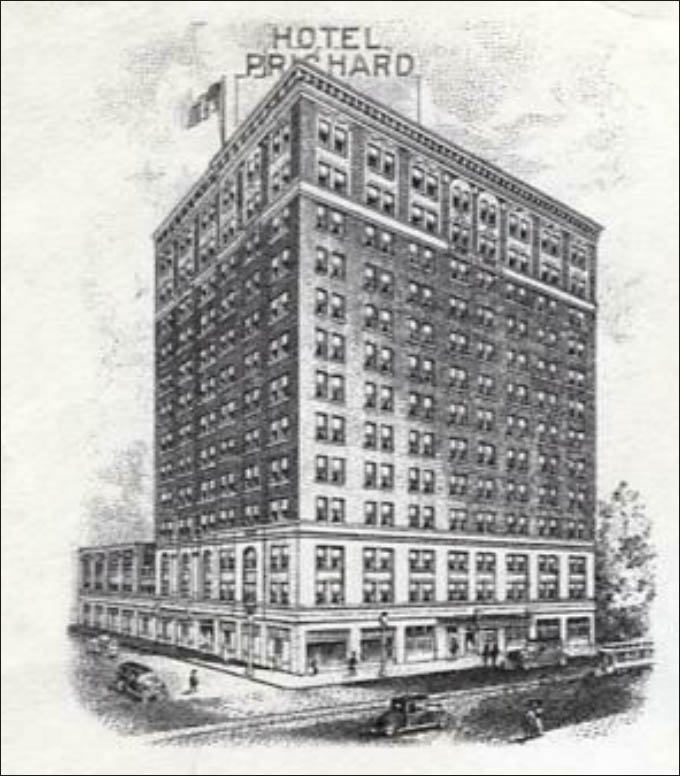 Notes: The Hotel Prichard was built for businessman Frederick C. Prichard who planned to use the profits from the hotel to help support the Prichard School for orphans he was building in Ona, West Virginia. Construction began in July 1924, and the 13-story, 300-room and bath hotel, on the corner of 6th Avenue and 9th Street in Huntington, West Virginia, opened July 24, 1925. The Prichard contained a main dining room, 14 private dining rooms, a coffee shop, and a ballroom. Prichard sold the hotel in 1931, and it had a number of other owners over the years. By 1966, two floors of the hotel were being used for student housing by Marshall University. Poland Realty purchased The Prichard in 1970 and converted it into offices and apartments. In 2014, it was renamed Hope Tower and converted to an addiction recovery center.

Scammell produced Lamberton China with a coin gold crest for The Prichard. The crest is an illustration of a castle tower flanked by shamrocks. Gorham silver hollow ware used in the dining rooms was impressed with the same logo, with a banner added that stated "Fireproof." A similar tower logo was cast into the doorknobs used in the hotel.