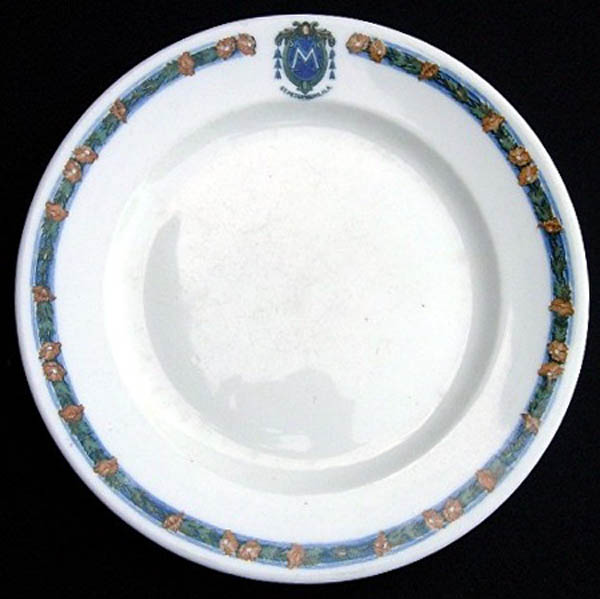 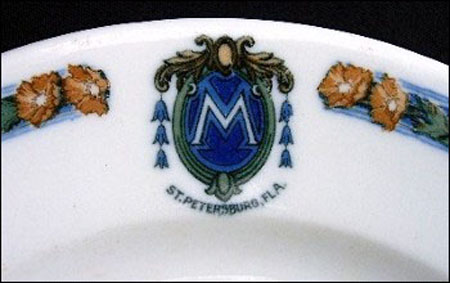 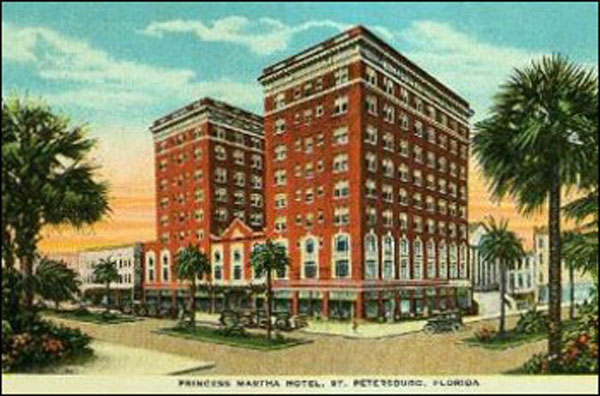 Notes: Located in the heart of downtown St. Petersburg, Florida, the Princess Martha Hotel was originally named Mason Hotel by Franklin Mason, the builder, but renamed either prior to or right at its opening in 1925. The Mediterranean Revival style hotel was open during the winter season, as were most South Florida hotels of the time. Babe Ruth occasionally stayed there during Yankees' spring training during the late 1920s. During World War II, the Princess Martha, as well as most other St. Petersburg hotels, were converted into military barracks. As of 2009, it serves as senior living apartments.

White body with shield with M inside and St. Petersburg, Fla. underneath with hanging bellflowers on either side. The rim pattern is orange flowers, green leaves and blue accents.