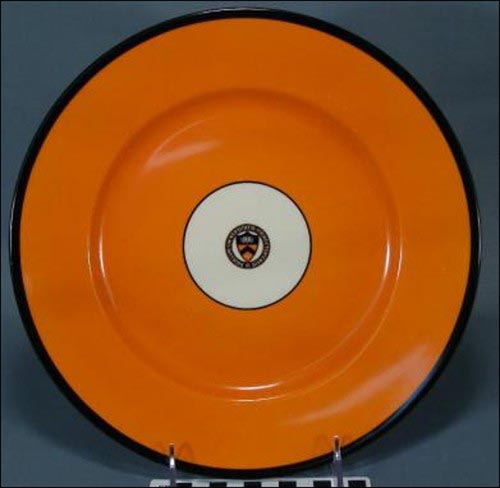 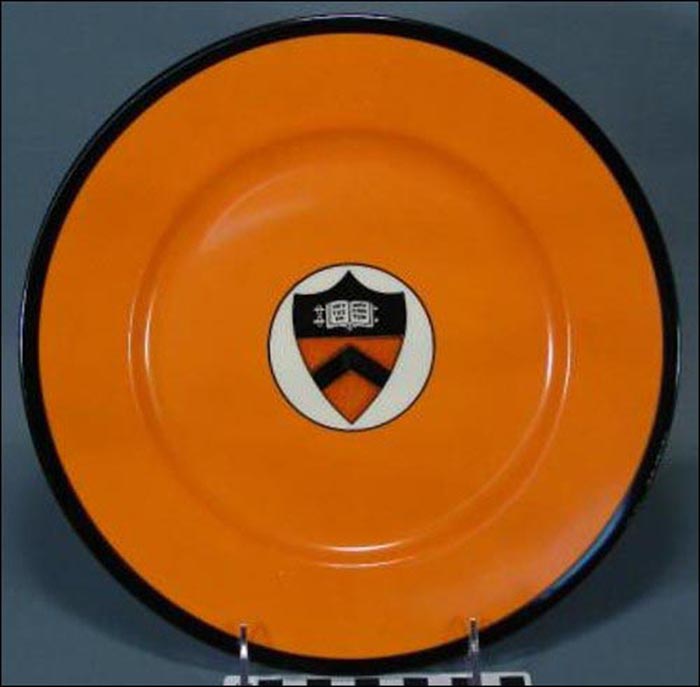 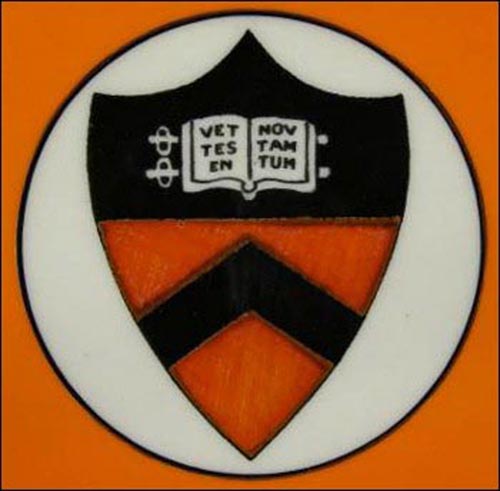 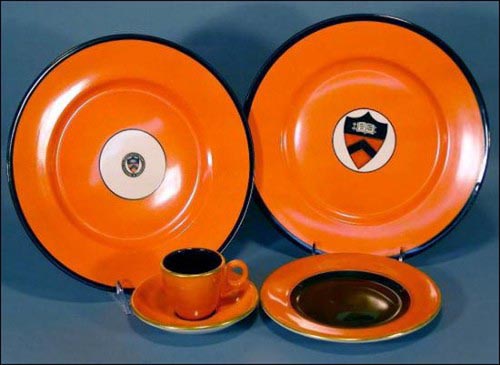 Notes: Princeton University, now located in Princeton, N.J., was chartered in 1746 in Elizabeth and is the fourth oldest college in the U.S. It was known originally as the College of New Jersey and was renamed in 1896 after moving to Princeton.

Shown are two of the four known patterns in Princeton's colors – orange and black – on an ivory body. The service plates feature the university's shield in the well with a wide orange band around the rim.