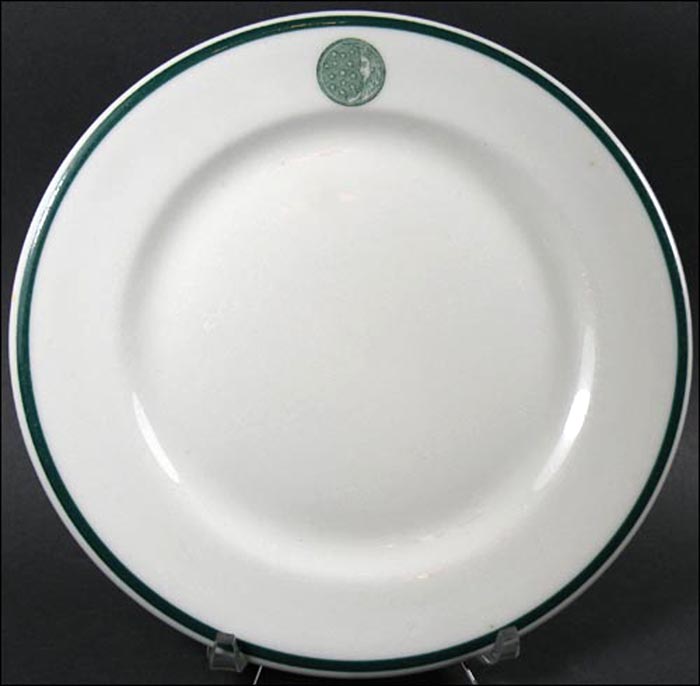 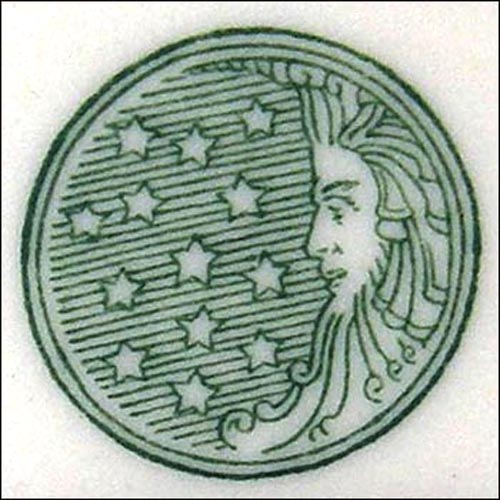 Notes: From the Wikipedia: "The Procter & Gamble Company, also known as P&G, is an American multinational consumer goods company headquartered in downtown Cincinnati, Ohio." It was founded in 1837 by brothers-in-law "William Procter, a candlemaker, and James Gamble, a soapmaker, emigrated from England and Ireland respectively."

The plate's logo, featured on this plate, is that of the former P&G logo, "a man in the moon overlooking 13 stars, said to commemorate the original 13 colonies." A controversy in the 1980s erroneously spread the rumor that the logo was a satanic symbol, and in 1985 the company discontinued use of the logo.

Diane Wagner, with P&G Corporate Archives, confirmed that this plate with its logo in green would have been used in company cafeterias.