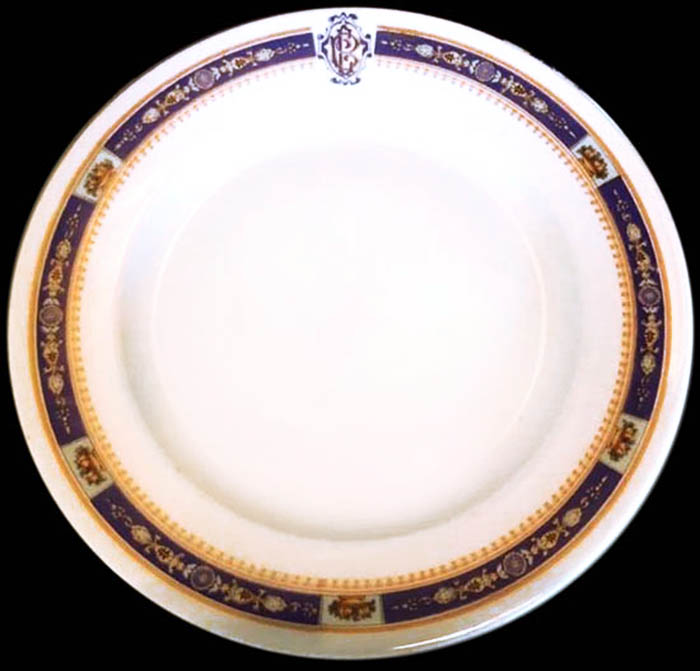 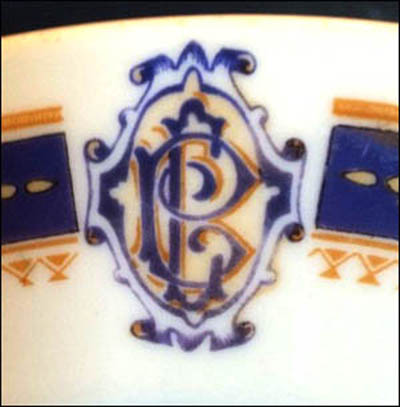 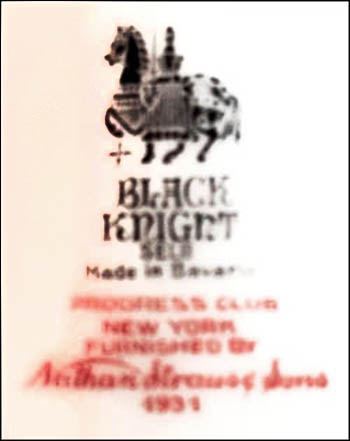 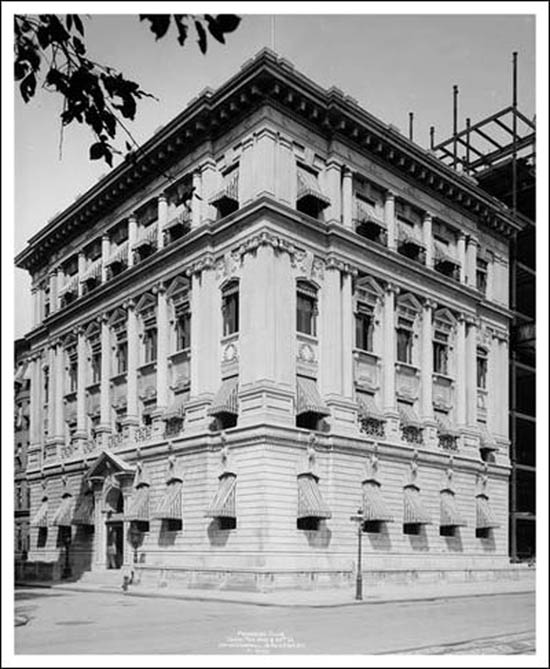 Crested on a Black Knight body with a vertical scrolled frame containing an ornate uppercase CP interlocking monogram in cobalt blue with yellow details. The flanking decal border is composed of a cobalt blue band containing drop-out white and yellow ornaments. A yellow band is on the rim side of the border, and the verge side contains a row of yellow ornaments. Because the club observed kosher rules, this pattern would have been produced in two different versions, possibly different colors.