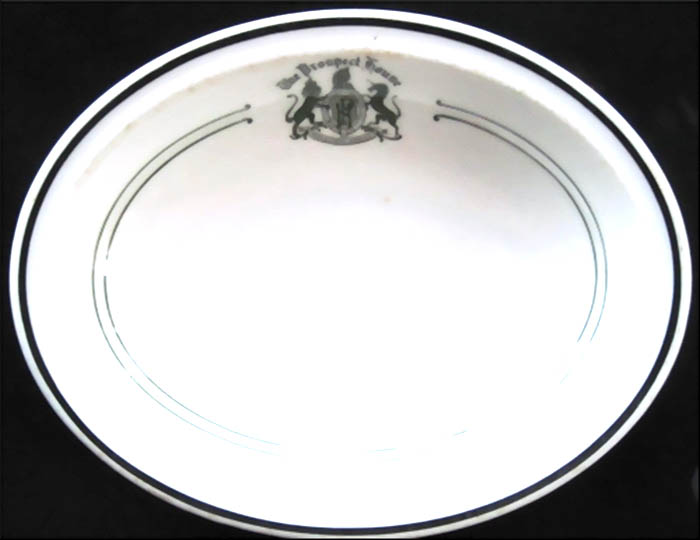 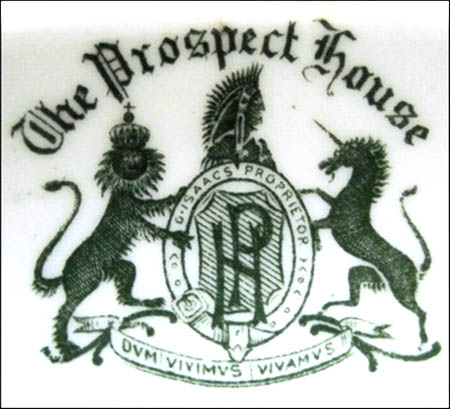 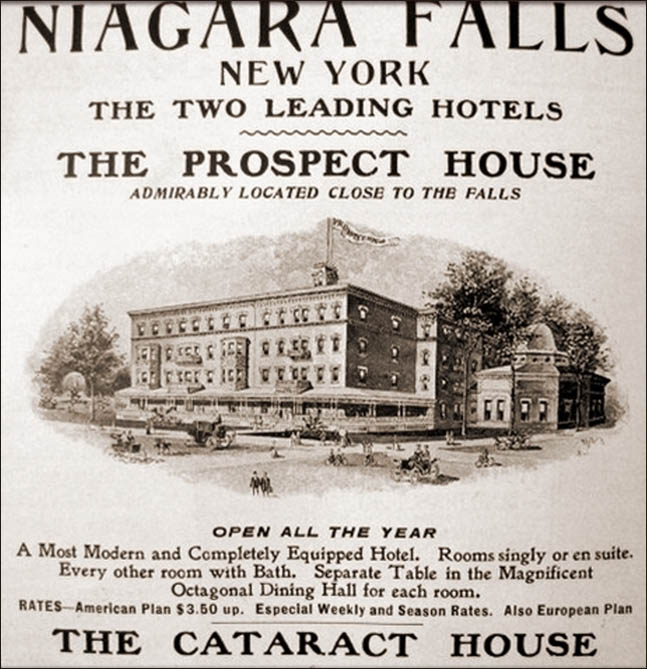 Notes: Civil War Colonel David Isaacs* arrived in Niagara Falls, New York 1874. He operated the Prospect Hotel in Clinton, Ontario, Canada, and had to cross the bridge each day to conduct business. He ran the Prospect until 1887, when the Provincial government took the property to create Queen Victoria Park.

Colonel Isaacs hired George W. Wright to design his new Prospect House, located on Rainbow Avenue at Second Street in Niagara Falls, New York. The lavish, three-story, brick structure was built in 1887 and became one of the major hotels in Niagara Falls. A 4th floor was added later, as was a separate Octagonal Dining Hall with a large dome. Each room had its own table in the dining hall. The Colonel operated the hotel until the late 1910 — early 1920s.

The 1950s was an era of decline for Niagara Falls, and many of the old structures were torn down to make way for others. In the summer of 1963, the last owner of the hotel (Rudolph Gold) sold off all the furnishings and had the hotel torn down.

* David Isaacs enlisted in the Union Army when he was 13 years old and was a bugler in the Fifth New York Cavalry.

White body oval bowl with a dark green band border and two dark green lines on the verge, broken by The Prospect House belt logo, featuring a rampant lion on the left and unicorn on the right, with a Native American profile over it. On the belt is D. Isaacs, Proprietor, and the initials H P inside the belt. Below is a banner with Dum Vivimus Vivamus (While we live, we shall live).