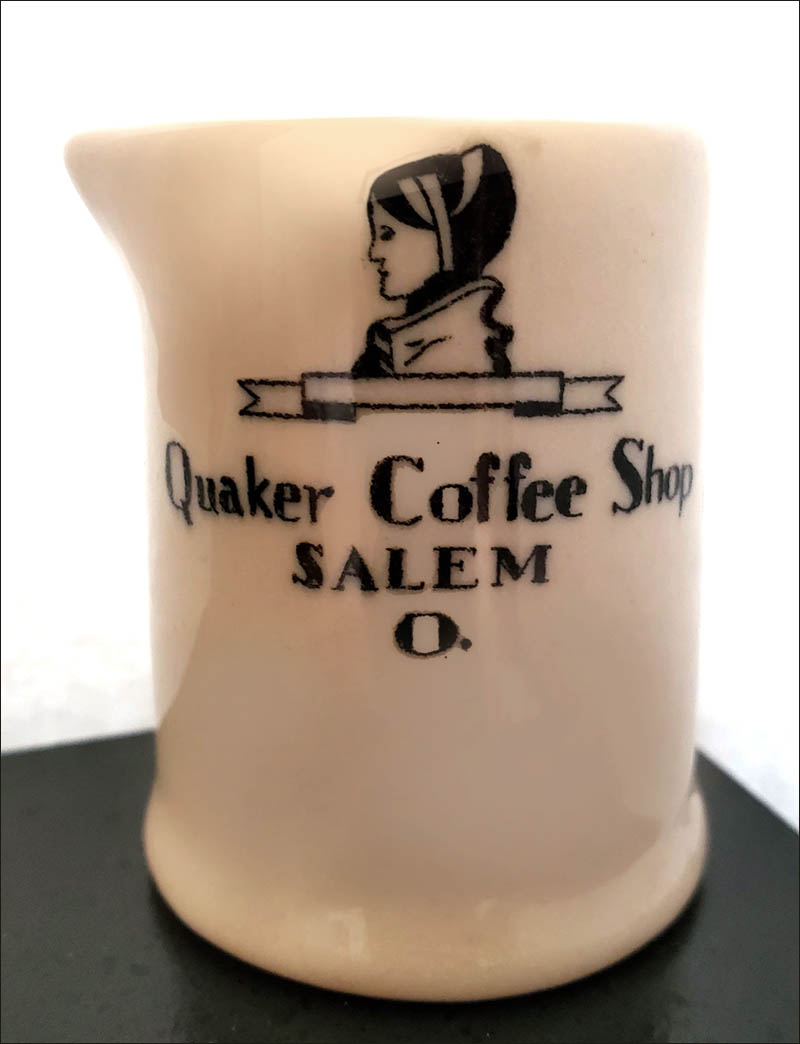 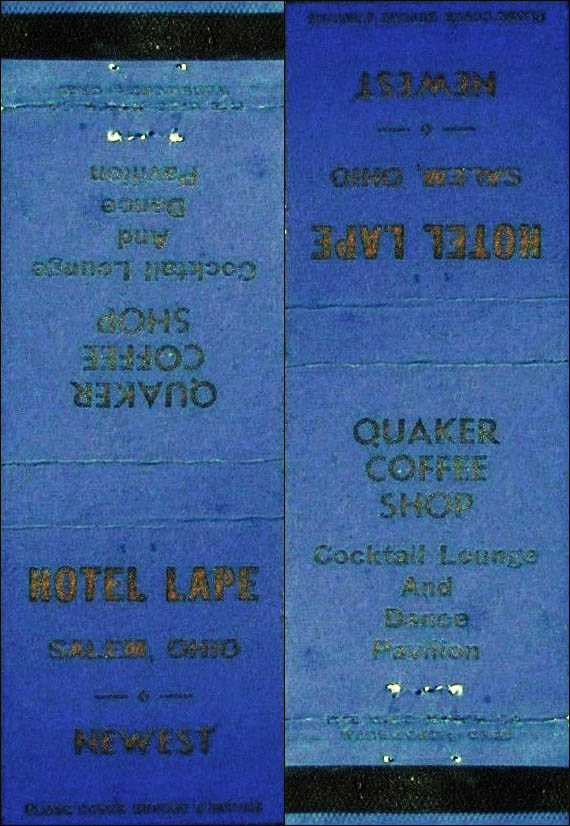 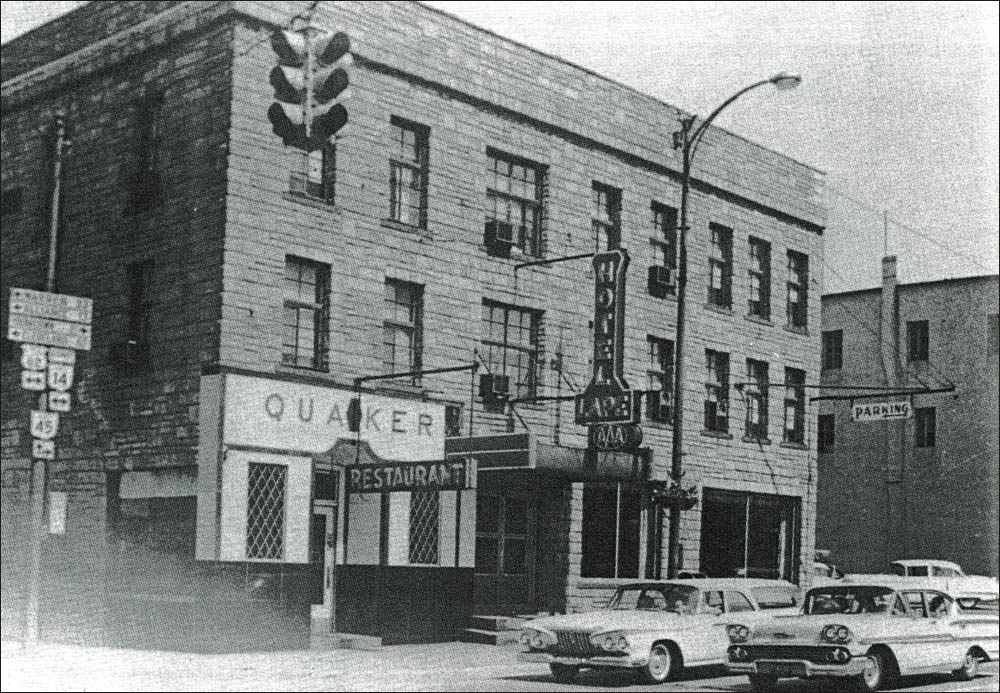 Notes: The Hotel Lape was opened by Curtis P. and Minnie Lape in Salem, Ohio, after they bought the building at the corner of State and Ellsworth Streets in 1919. It is not known how long they operated the hotel, but after several subsequent owners the building was razed by the City of Salem in 1973.

Sterling Desert Tan body with the silhouette in black of a Quaker woman's shoulders and head with the outline of a ribbon underneath. Under the ribbon are the words Quaker Coffee Shop on the top line, Salem on the second line, and an "O." on the third line all in black.