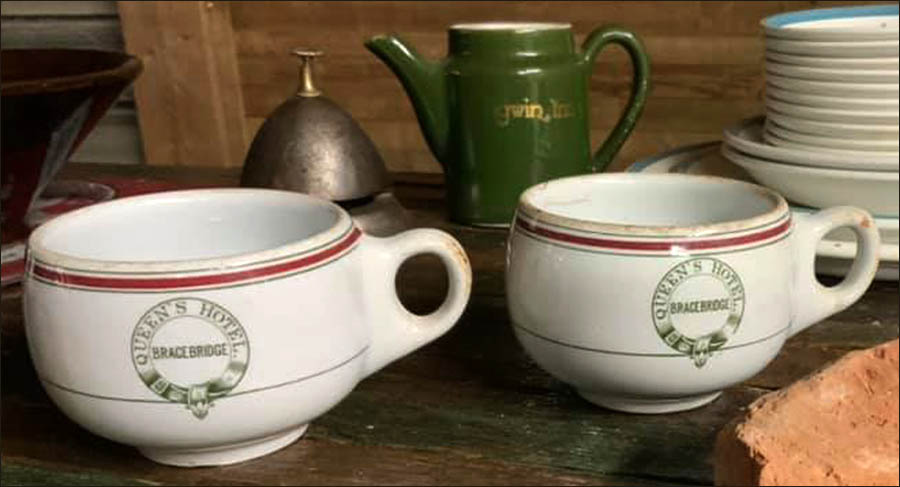 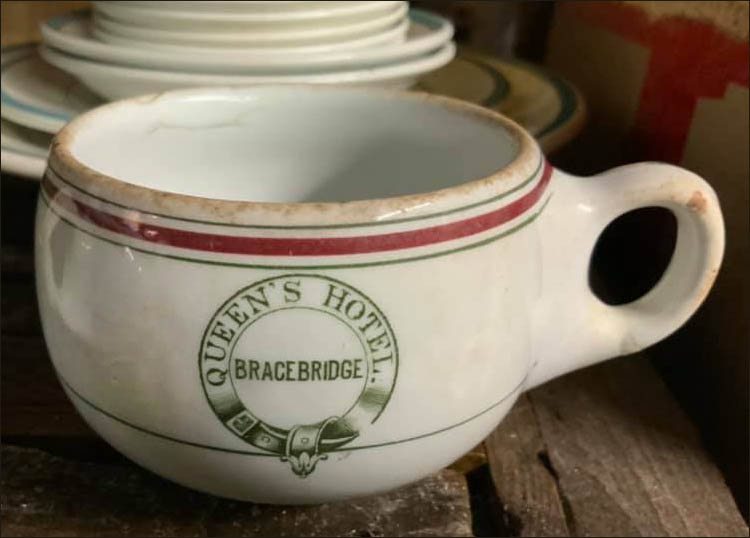 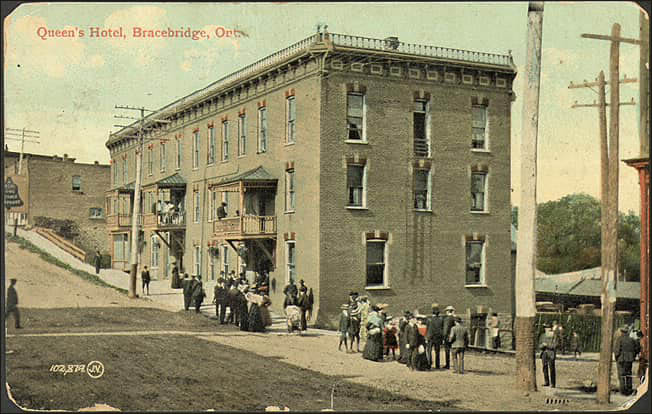 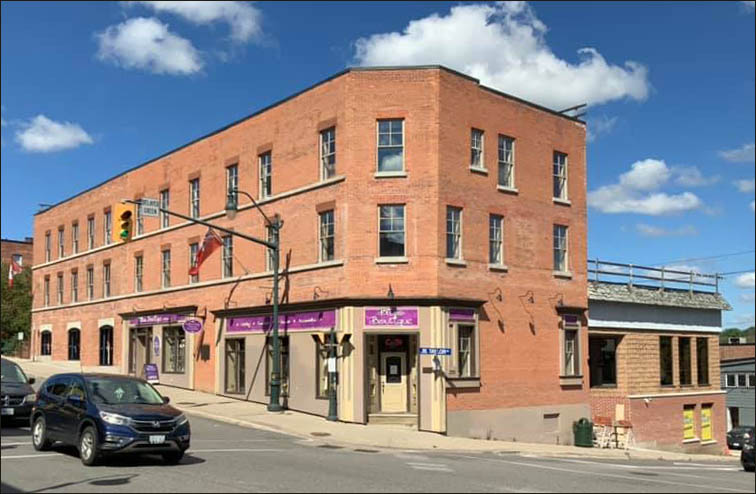 Notes: The Queen's Hotel was opened in Bracebridge, Ontario, Canada, in 1884, and served, according to MuskokaRegion.com, "as a rest stop for weary travelers headed north, wealthy businessmen and lone travelers who didn't like to be asked questions." After it closed in 1944, it also served as a group home and then the Village Inn Restaurant and Lounge.

Today (2021), the ground level front of the hotel is a boutique, but a large section of the inside and rear is being renovated and rebuilt.

The actual manufacturer of the cup is not known, but a listing on Worthpoint of a mustard pot with the same design is backstamped for England's Wood & Sons with a date range of 1907 to 1920.