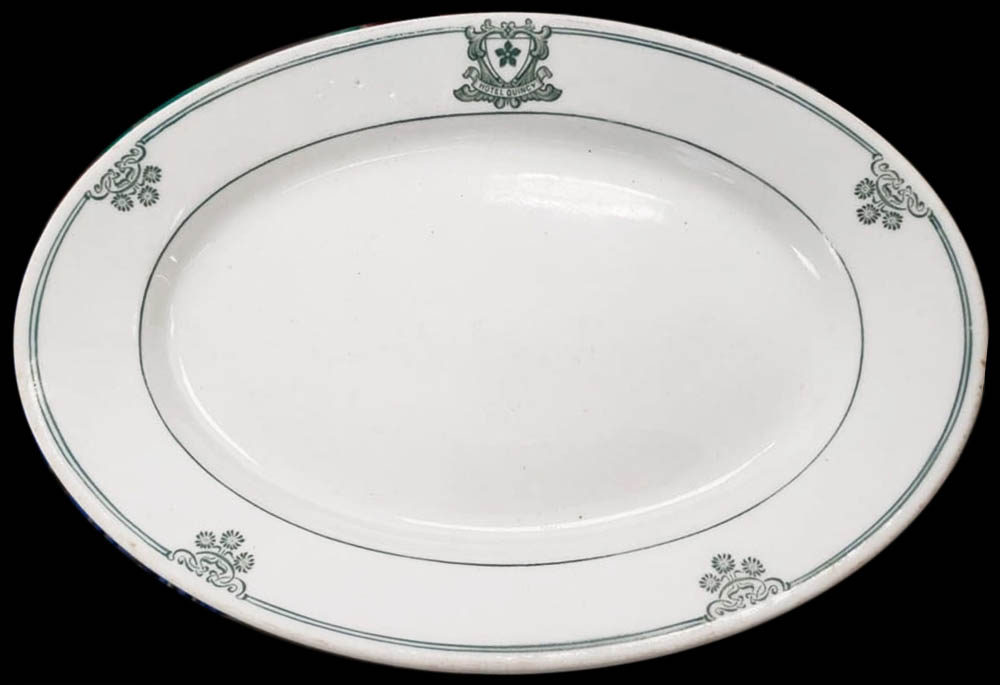 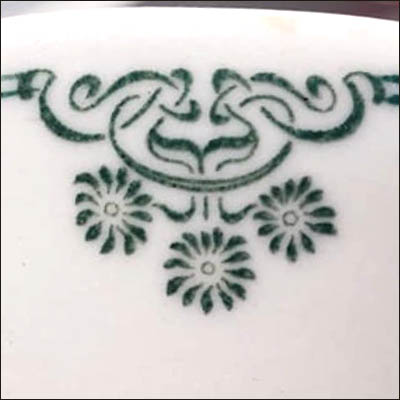 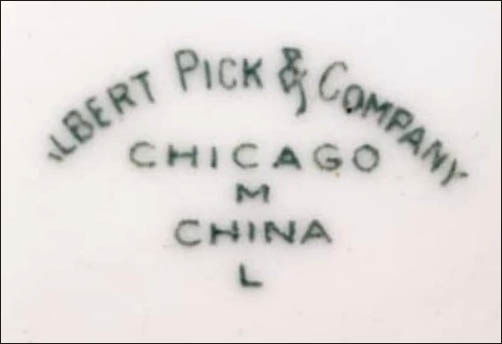 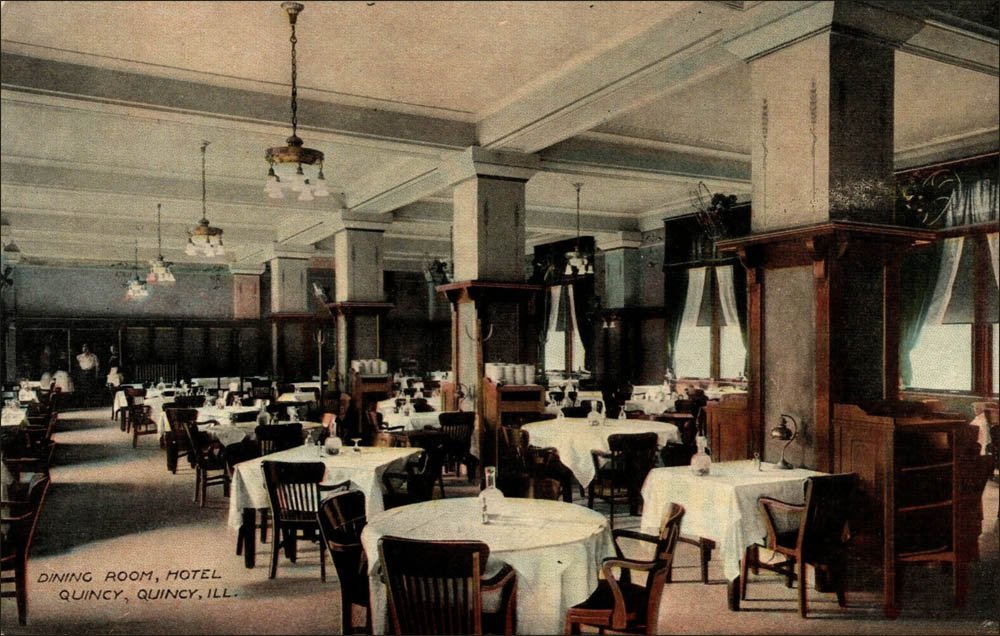 Dining Room at the Hotel Quincy 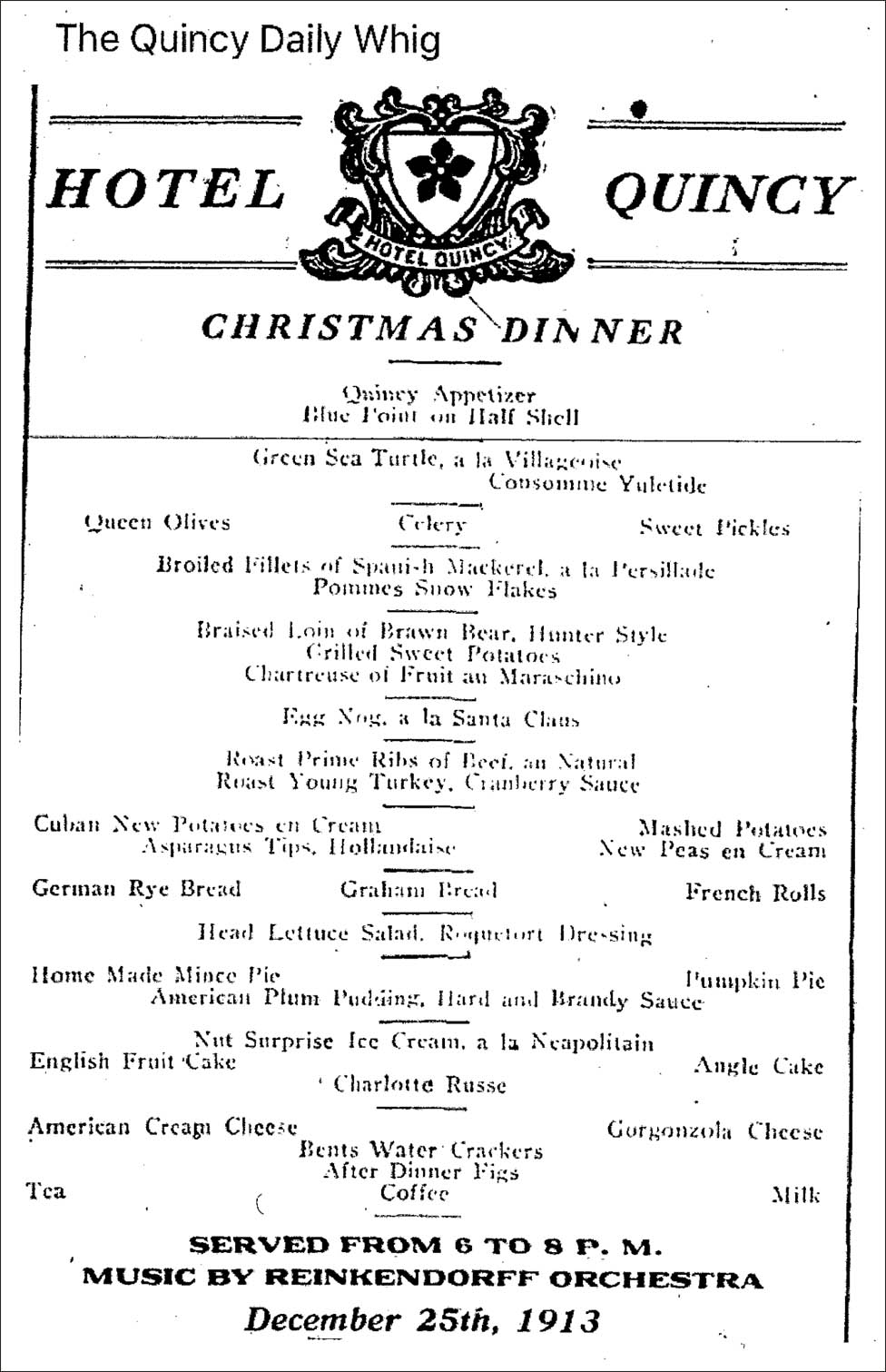 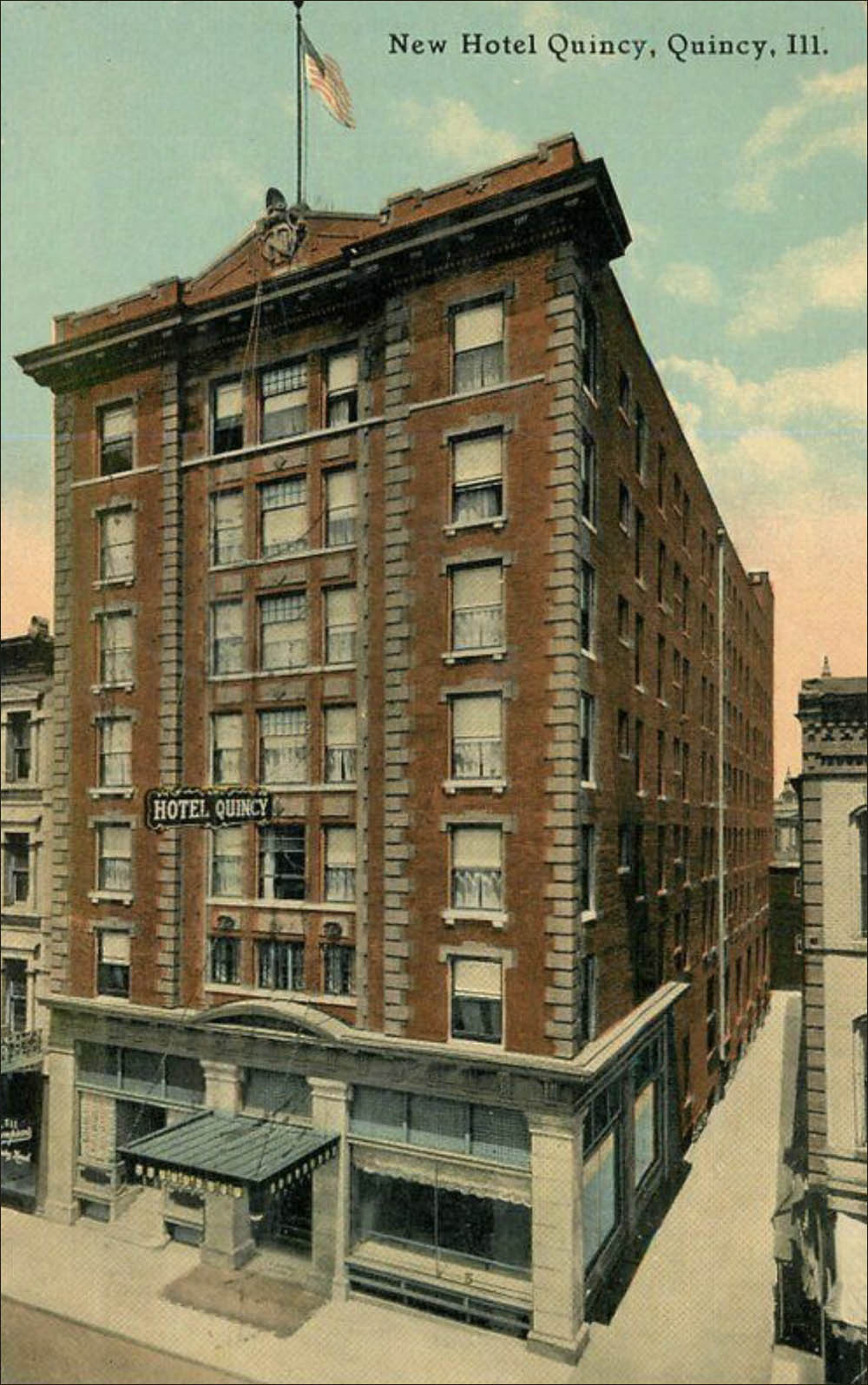 Notes: Almost six years after the old Tremont Hotel at 513 Hampshire Street in Quincy, Illinois, burned in 1904, the ruins were finally demolished. On January 10, 1910, the Quincy Hotel and Investment Company opened bids for the demolition, with plans ready to construct a new hotel on the site. Construction began in May 1910, and was almost complete in early April 1911, but there was a delay in the shipment of furniture. On May 15, 1911, the new Hotel Quincy opened. The seven-story hotel had 148 guest rooms and two-thirds of these had a private bath. The second-floor main dining room was 42' by 90'. It was connected by a bridge across the side alley to the kitchen in an annex. The Dutch Room buffet and bar was off the lobby on the ground floor.

Financial problems lead to foreclosure and a public auction of the hotel in 1924. It was sold to the highest bidder, the Royal Hotel Company.  It is last listed in 1973, with 130 rooms. By 2011, the upper floors had been converted into apartments. A 2018 Google view shows a modern facade on the ground floor as studios for WGEM, AM, FM & TV. Behind the original brick facade on the upper floors are the apartments.

Maddock made a Lamberton China service that is crested with a shield and a banner containing "HOTEL QUINCY."  This crest is shown on Hotel Quincy menus from 1913. Spaced around the rim there are transfer ornaments composed of stylized triple flowers and scrolled lines.  Double green pin lines connect the ornaments. There is a pin line at the verge.  Albert Pick & Company furnished the equipment for the kitchen and the china for the dining room.