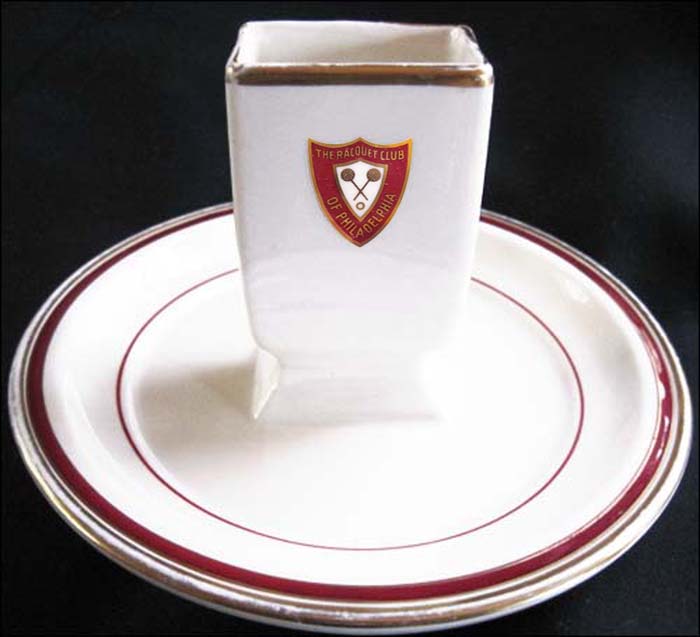 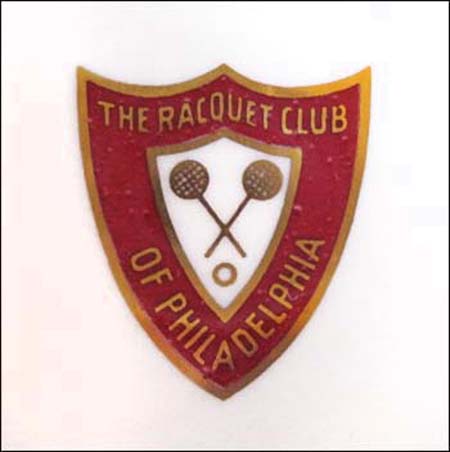 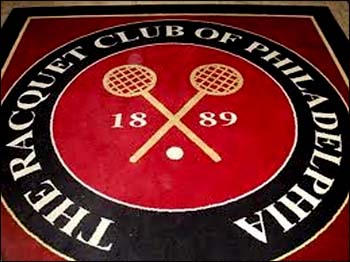 Notes: "Established in 1889, The Racquet Club of Philadelphia continues to be one of the most prestigious private city clubs in North America. The Club started its life in a modest facility at 923 Walnut Street. Under the leadership of George D. Widener, the current 16th Street Clubhouse was built by noted architect Horace Trumbauer. Historian Nathaniel Burt described the new 1907 Clubhouse as 'by far the best appointed…of all Philadelphia clubs.' The clubhouse is one of the first reinforced concrete structures designed in Philadelphia, and also includes the first above grade swimming pool, designed by the noted bridge builders, Roebling Construction Company. The building's red-brick Georgian design is evocative of historic Philadelphia, and the Clubhouse was placed on the National Register of Historic Places in 1979.

Today, the Racquet Club is comprised of over 1100 members and is regarded as a highly competitive athletic, as well as full-service, city club. The Clubhouse contains one Court Tennis court, three International Squash courts, the country's first Doubles Squash court, and a Racquets court. The state of the art fitness and training center is open 24-hours a day. Bleep Personal training and massage are available, and there is a full service Barber Shop. The Club offers its members formal as well as casual dining, the main bar, traditional reading room, sauna and steam rooms, pool and darts, well-appointed overnight accommodations, and access to private meeting/dining rooms. The club also offers affinity clubs within the club around interests such as golf, sailing, and wines."

White body, dark red and coin gold lines and crest, consisting of crossed racquets and ball surrounded by The Racquet Club of Philadelphia.