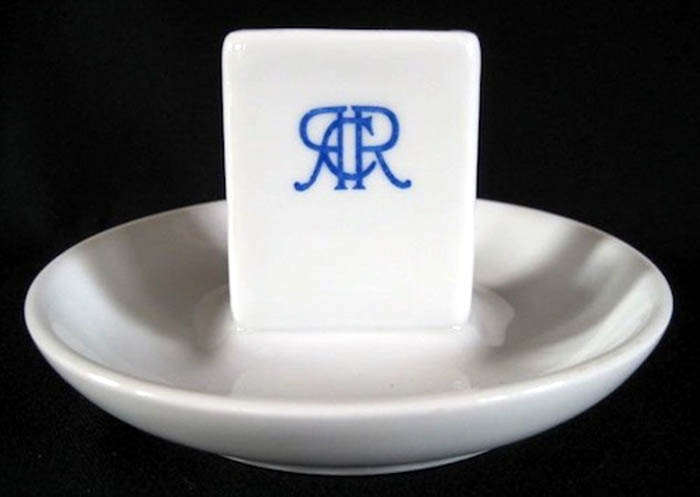 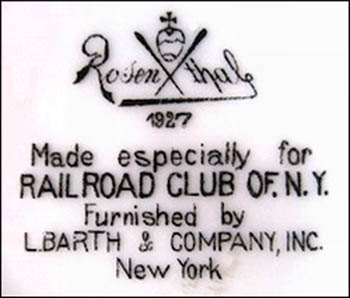 Notes: An article in The New York Times dated July 21, 1899 headlines: "New York Railroad Club: Fifth Annual Dinner Held at the Manhattan Beach Hotel," though there are newspaper references to this men's club dating as far back as 1887.

The 1919 Official Proceedings of the New York Railroad Club reported that the club met regularly that year at the Engineering Societies Building located at 29 West 39th Street in New York City. The club had 2,210 members in November 1919. The logo featured in the 1919 Official Proceedings does not match this topmark, but the backstamp information on this match stand affirms that this logo was used by the New York Railroad Club in the late 1920s.