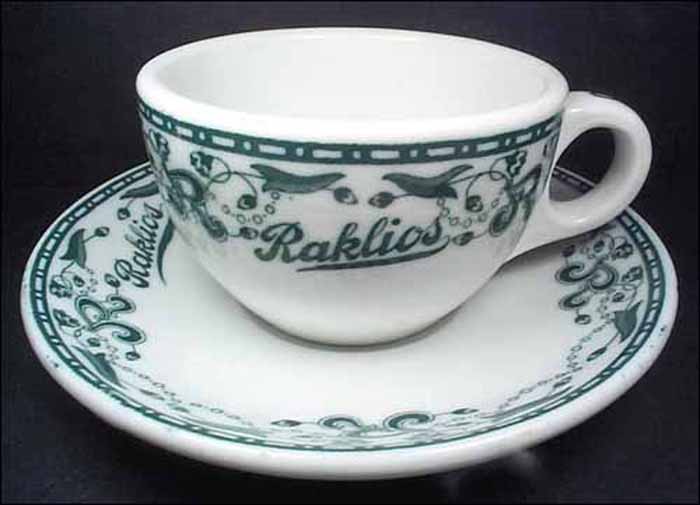 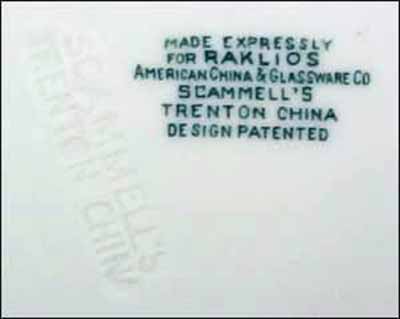 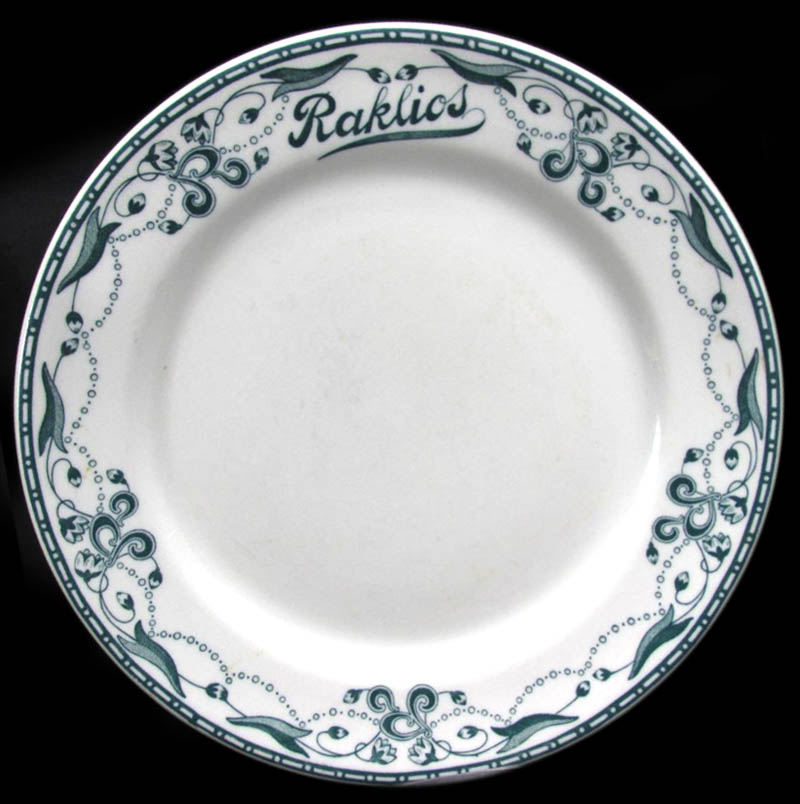 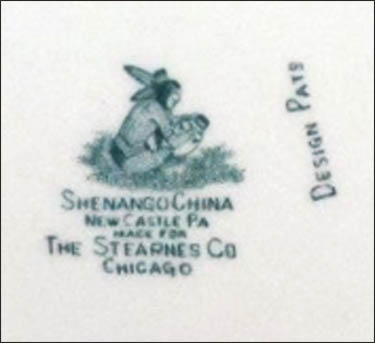 Notes: The Raklios restaurants originated in Chicago by John Raklios, a Greek immigrant, in the 1920s. His line of lunch rooms eventually expanded to over 30 restaurants and a commissary. During the Great Depression, the chain declined to only 13 locations and by 1937 Raklios was bankrupt. The remaining restaurants were sold to his competitor Thompson Lunch Rooms. In 1940, his son Hercules Raklios opened a restaurant under the same name at 330 South Clark St.

Trenton China white body, green border design of swags and other decorative elements which include a script R, Raklios in green script.