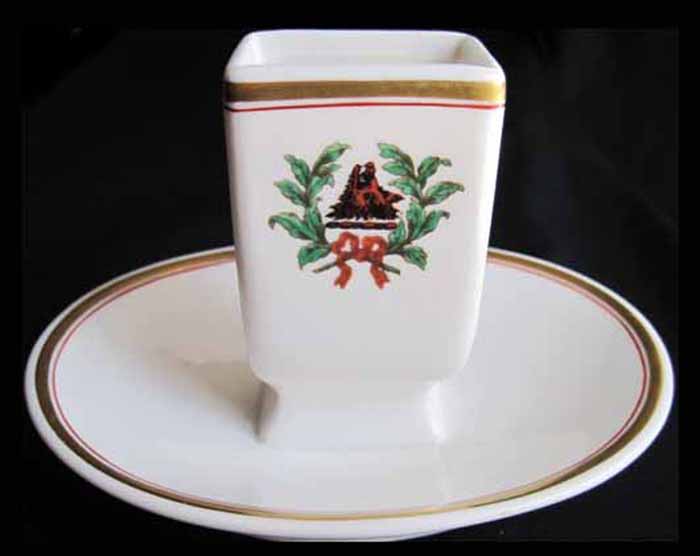 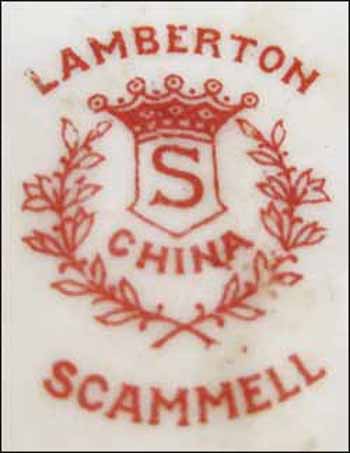 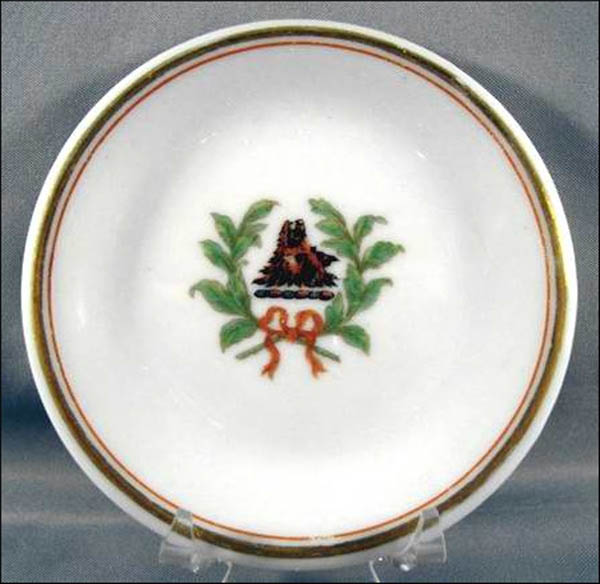 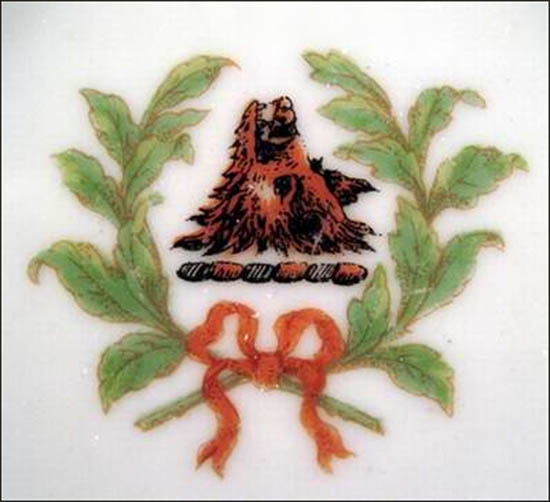 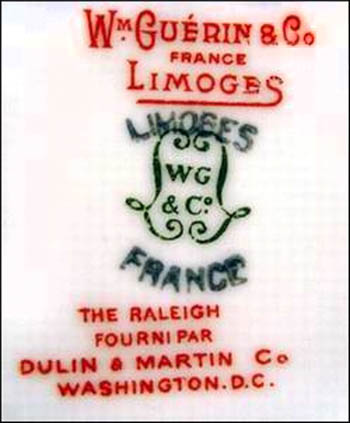 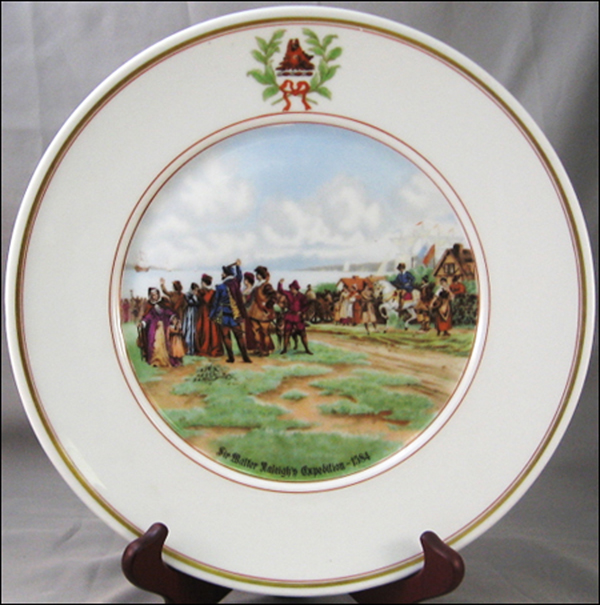 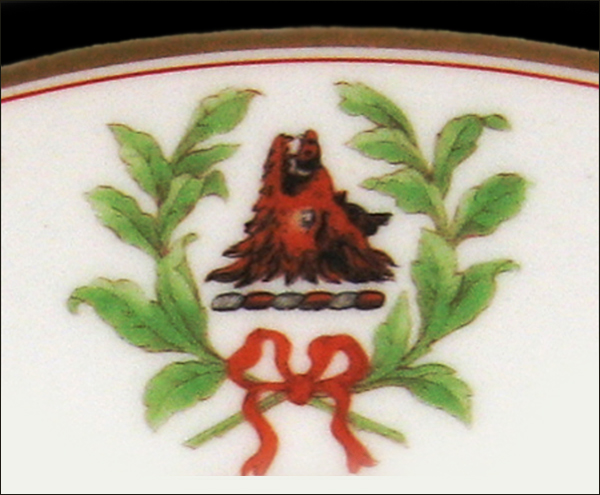 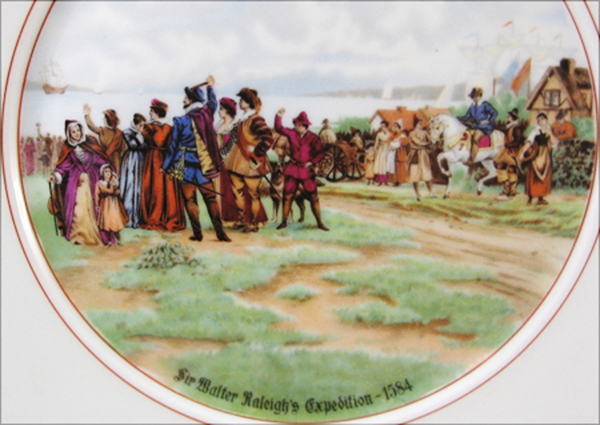 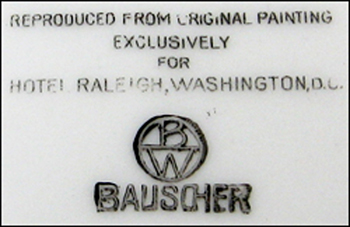 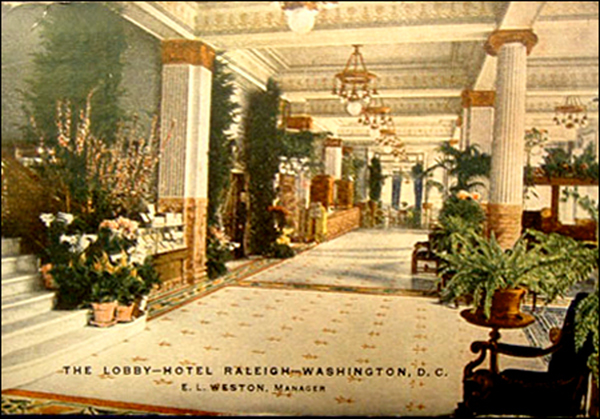 Notes: Originally built in 1876, the Raleigh Hotel — located at 12th St. N.W. and the northwest corner of Pennsylvania Avenue in Washington, D.C. — opened as an office building in 1893.

In 1876, the Kirkwood House was replaced by the Alexander Shepherd's Centennial Building, named after prominent citizen Alexander "Boss" Robey Shepherd of the District of Columbia.

In 1911, leading architect Henry J. Hardenberg, designed a Beaux-Arts style 13-story building to replace the original 1876 structure. The new structure was enlarged in 1917.

According to a 1920s postcard, the Raleigh Hotel advertised "450 beautiful rooms with baths in the heart of Washington. You'll enjoy modern living and service at the Raleigh." By 1931, the hotel had 475 rooms with 319 baths and expanded to 500 rooms in 1962.

The hotel was razed in 1966 to make way for a postmodern high-rise skyscraper in 1967; and in 2009, 1111 Pennsylvania Ave. is again a commercial office building.

Plate: White body with gold and red rim pinstripes; crest is a boar's head inside a green leafed wreath, tied with a red ribbon.

Service plate: White body, gold and red lines, crest is a boar's head inside a green leafed wreath, tied with a red ribbon. Center image of Sir Walter Raleigh's expedition 1584 was an original painting reproduced for the service plate. Backstamped in ink as well as with an impressed Bauscher backstamp and numbers "14" and "27", "14" being year of manufacture and "27" referring to size of plate in centimeters (10 5/8").