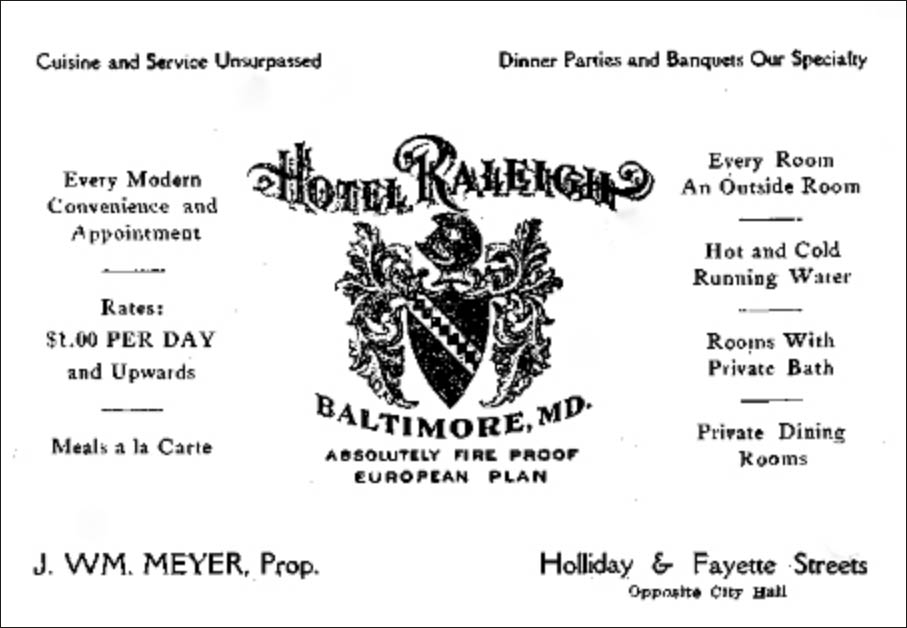 Advertisement for the Hotel Raleigh 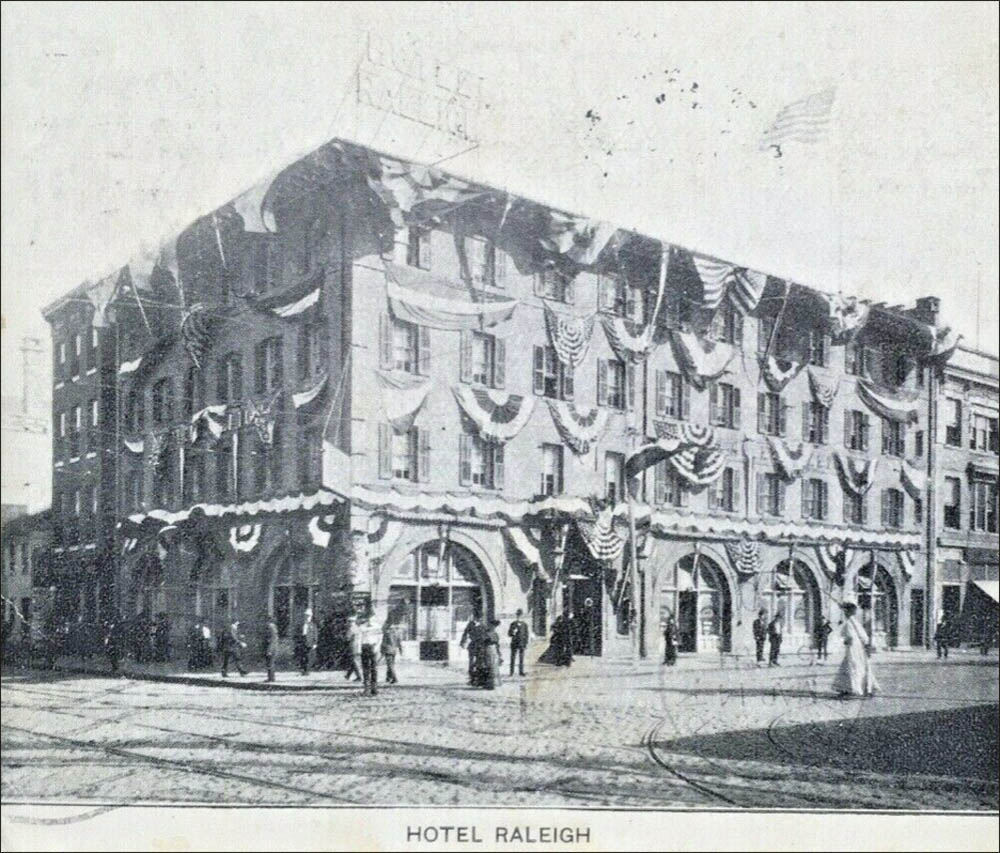 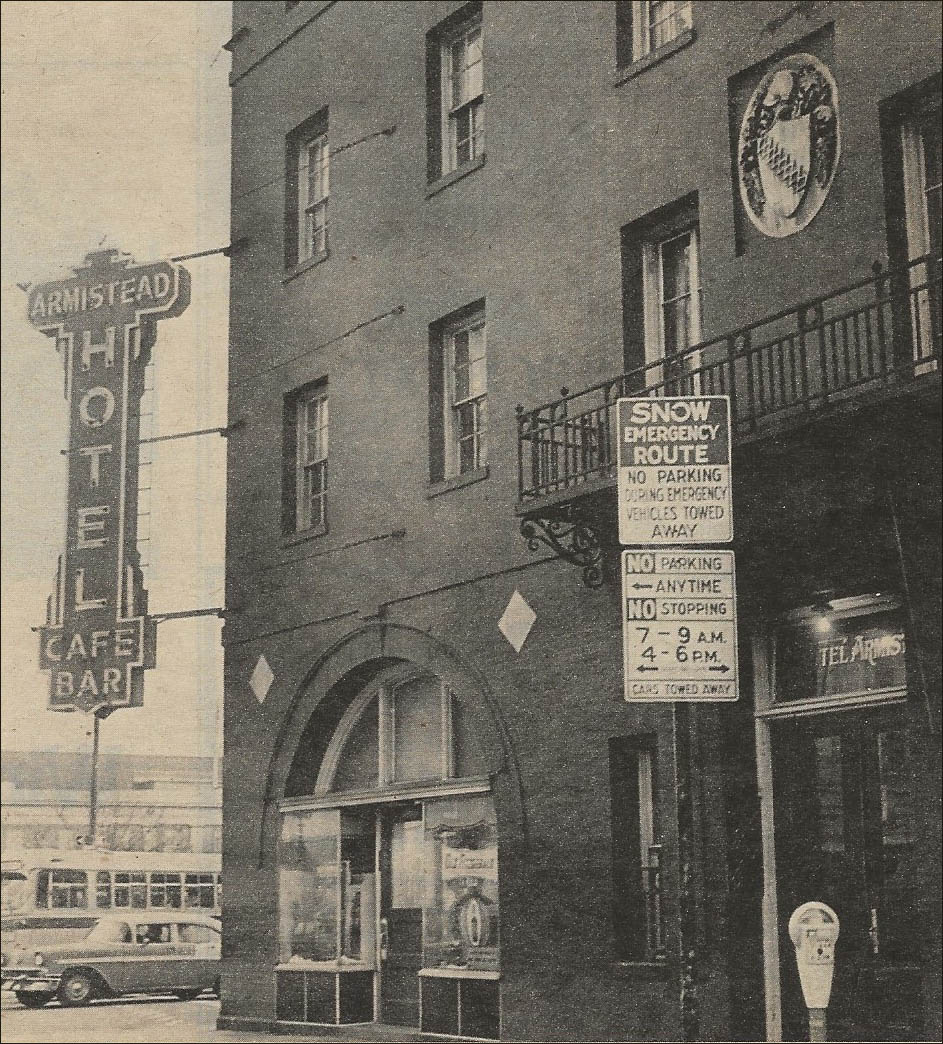 Notes: The four-story Hotel Raleigh, on the corner of Fayette and Holliday Streets in Baltimore, Maryland, opened in 1905. It had about 61 guest rooms. The dining room was open until midnight, and there were also private dining rooms. In 1920, it was renamed Armstead. It closed around 1979 and was torn down.

The shield logo used on the Maddock Lamberton china service appears on the exterior of the Raleigh Hotel, above the entrance between the second and third floors. The same shield logo was used on advertising cards. The transfer border is shown in the Maddock pattern sample book as "#5000 Shoreham Border."