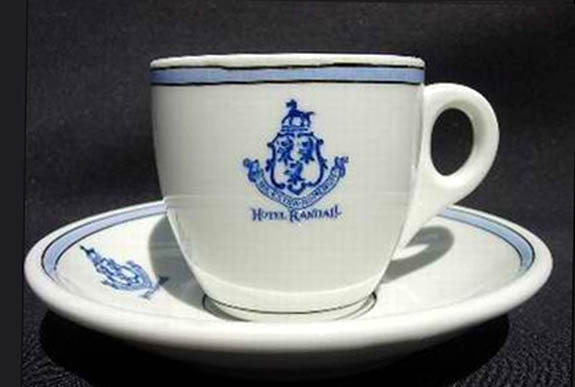 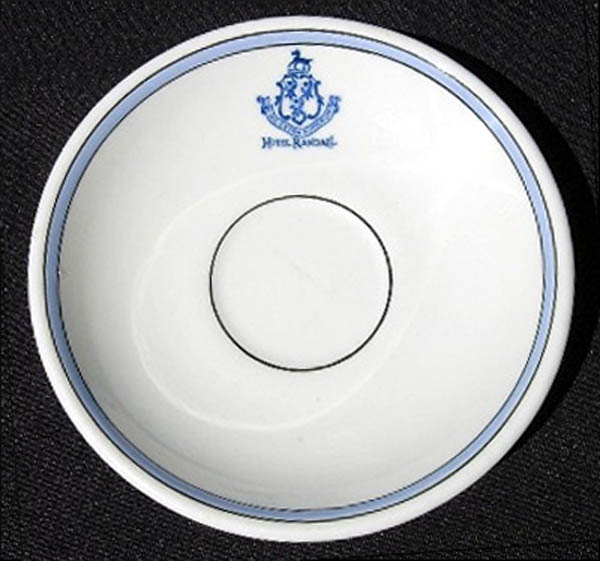 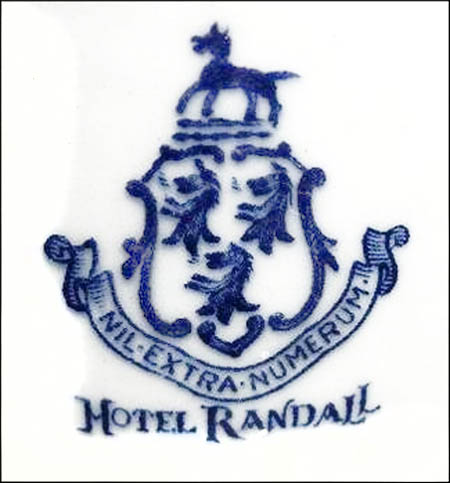 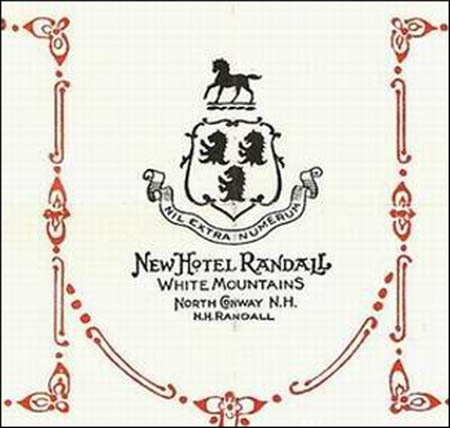 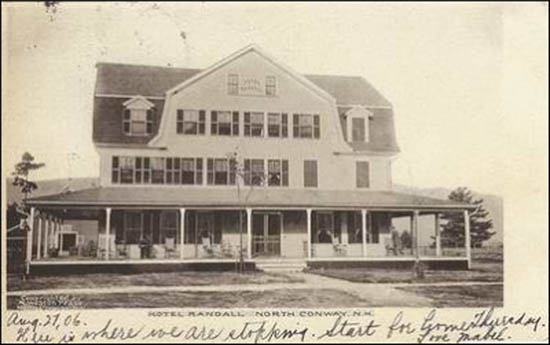 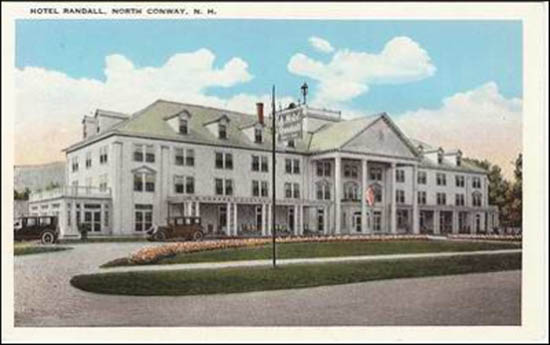 Notes: In 1864, Moses Randall bought a North Conway boarding house in the New Hampshire White Mountains and christened it the Randall House. This first Randall House burned in 1902, but soon thereafter Moses- great-great-grandson Henry Harrison ("Harry") Randall assumed responsibility for the family business and rebuilt the Hotel Randall in anticipation of the 1903 summer season. The second Hotel Randall was a simple, three-story Colonial Revival building with a fifteen-foot-wide, wrap-around piazza and flared gambrel roofs. The hotel featured a long ell and a first floor dining room with views of the Saco River and White Mountains. This building was enlarged twice, in 1915-16 and 1921, increasing guest capacity to 150. In November 1925 – during the third major addition – the hotel went up in flames.

One month after this fire, construction began on the New Hotel Randall in December 1925. The third hotel was designed by architect H.E. Mason and it was completed for $400,000 within six months by local contractor Nelson Thompson. The third hotel had fire stops in every wall and a sprinkler system, as well as vapor heating so the building could be open throughout the year. The New Hotel Randall also had 90 sleeping rooms and a balustraded roof garden and observatory for mountain viewing.

In 1937, the building was bought by renowned businessman Harvey Dow Gibson and renamed the Eastern Slope Inn. Still a familiar North Conway landmark, the Eastern Slope Inn Resort is now a time-share resort. In 1982, the Inn was listed on the National Register of Historic Places, and in 1999, the Inn became a Mount Washington Valley Accommodations & Conference Center property, owned by Eastern Slope Inn Associates.

White body with blue and black line border. Topmarked "Hotel Randall" in dark blue below the hotel logo, featuring a shield of three horse's heads with a stallion standing on top of the shield and a banner beneath the shield that reads, "Nil Extra Numerum." This is the Randall family motto, which translates to "Nothing Out of Time."