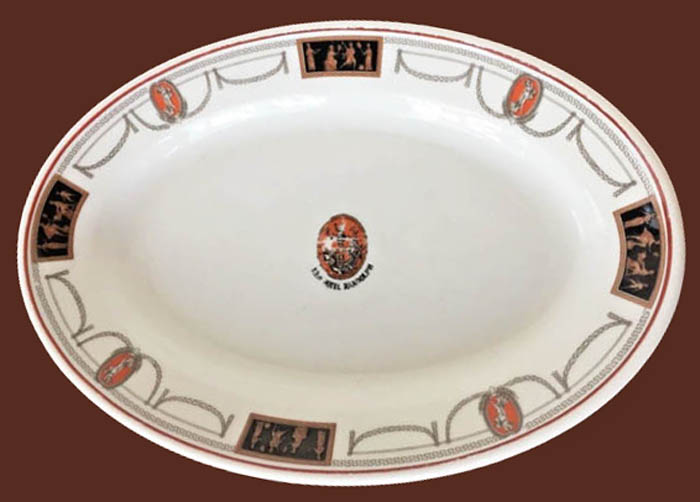 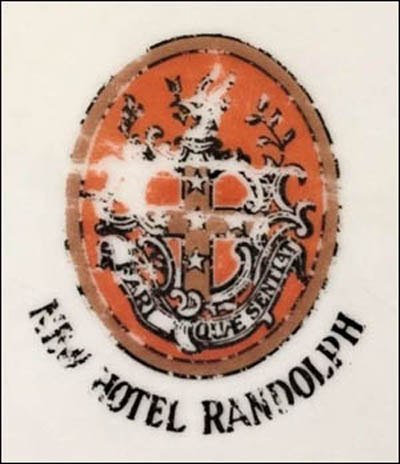 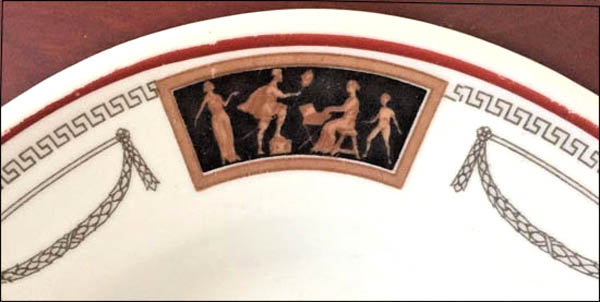 Charles Clayton Randolph and his brothers, George Washington, Manton Delwine, Barr Harland and Wade-Hampton, were descendants of the first Randolph colonists, who settled in Roanoke, Virginia; so, they named the new hotel dining room the Roanoke Room. The Roanoke Room was located three steps down through an archway at the end of the lobby. It was a rectangular dining room with no windows; however, large mirrors on the long walls of the dining room, made it appear larger and filled with light. Albert Pick & Company, of Chicago, supplied the furnishings for the New Hotel Randolph, including the crested blankets in the bedrooms.

White body china, crested overglaze with a vertical oval containing a large cross with five stars. An animal head holding an arrow is on top of the cross and a banner with "Fari Que Sentiat" (to say what one feels) is curved below. The Randolph family crest consists of this design and the banner is the family motto. The border design features panels with Greek mythological figures in brown against a black background. A black Greek Key border above a series of swags connects the panels. A brick red rim line completes the border design.