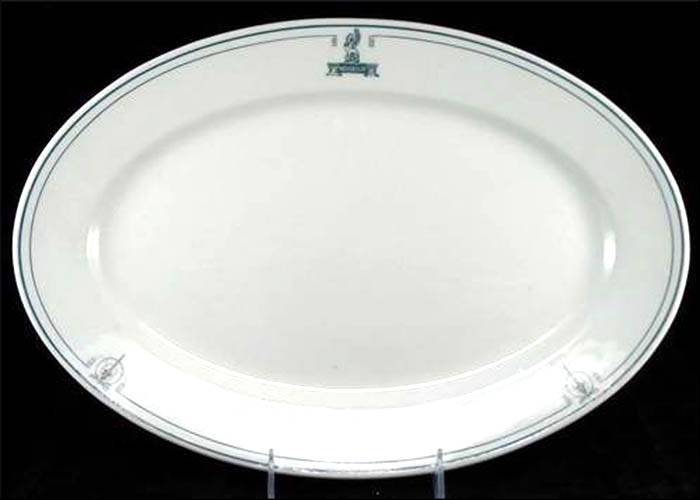 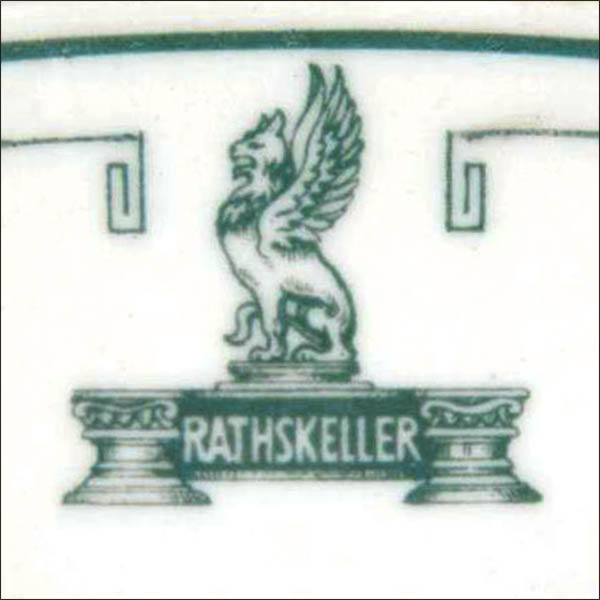 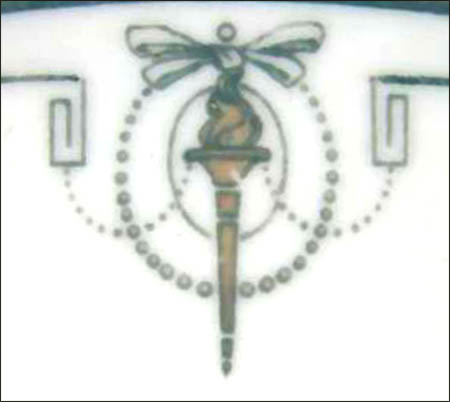 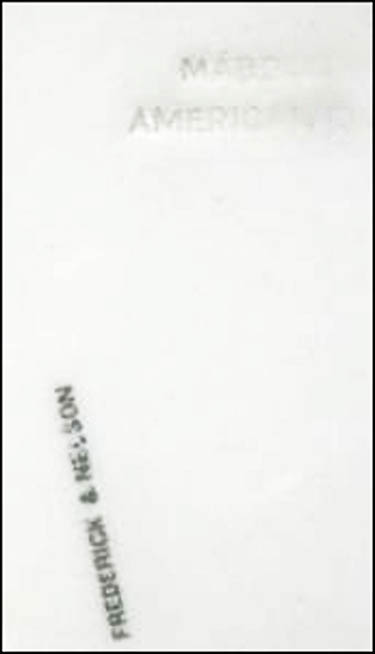 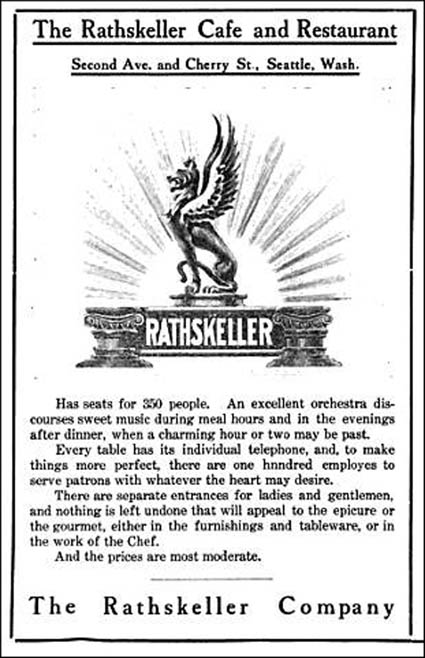 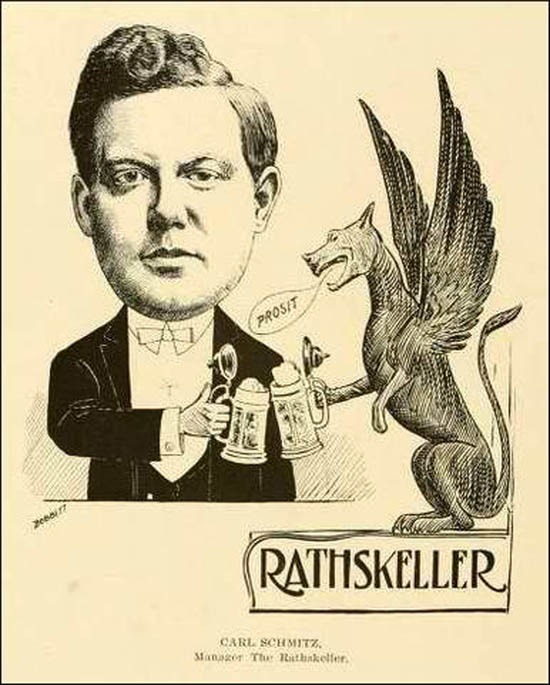 1906 Cartoons and caricatures of Seattle Citizens 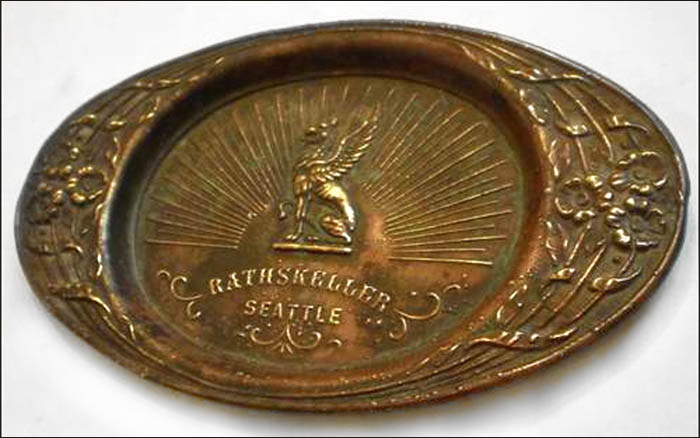 Notes: Located at 2nd Avenue and Cherry Street in Seattle, Washington, the Rathskeller Cafe and Restaurant seated 350 people and employed 100 people. Operated by The Rathskeller Company, the venue was best known for its orchestra performances.

Carl Schmitz Jr. was the manager of the Rathskeller and a prominent Seattle citizen (see the cartoon caricature by Seattle artist A. Bobbett shown below). Schmitz operated the original Rathskeller at 2nd Ave. & Cherry St. until 1911, when he moved to the new Rathskeller in the nearby J.A. Baillargeon Building. Schmitz operated this new Rathskeller for the next two years until September 1913, when he sold his interest to James Morrison. He then opened another cafe in the historic Hoge Building, which he sold soon thereafter in March 1914.