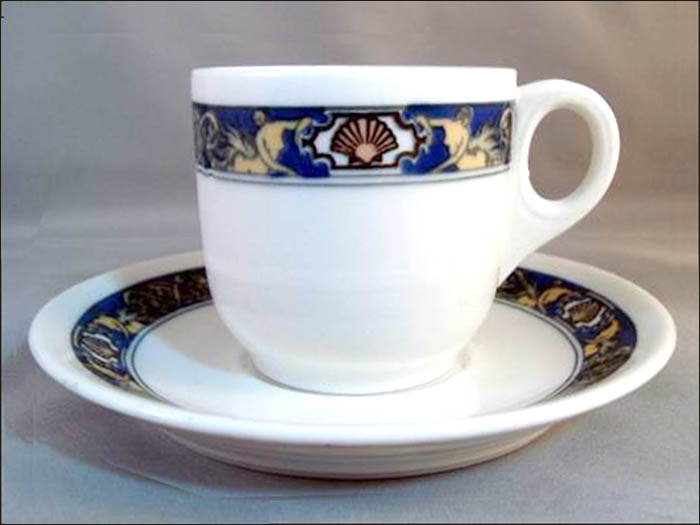 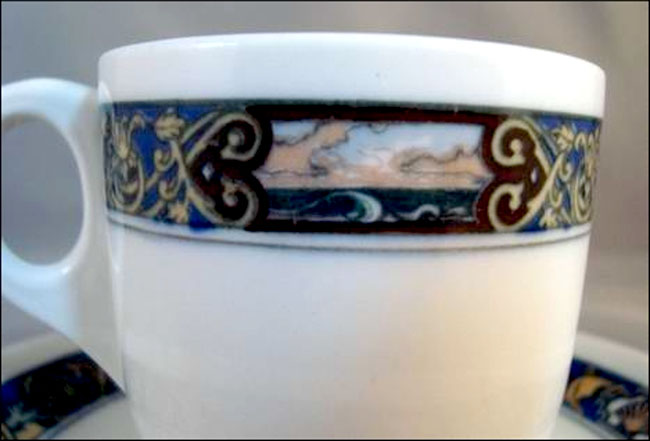 Notes: Involved in the financing and management of a number of America's great railroads, E.T. Stotesbury served as director — and sometimes as an officer — of various railroads starting in the 1880s. As an officer/director of railroads, he had access to private railroad cars maintained by the railroads. These private cars were often lavishly furnished, and were used to transport railroad officials, prospective investors, business associates, and friends and family to various destinations.

"In 1904, Stotesbury became a director of the Philadelphia and Reading Railroad (later known as the Reading Company), a position which he held until his death in 1938. In 1907, he was elected to the Executive Committee, and in 1914, he was elected President of the company."
In the early 1920s, Stotesbury's wife Eva Stotesbury designed a new pattern of china for the Reading Railroad dining cars. The result as produced by Scammell China was the Stotesbury pattern, featuring mermaids, scallop shells and an ocean sunset scene on a cobalt blue trim.
Source: http://www.stotesbury.com/wherenow/ReadingRRCar.html
White body; cobalt blue trim with alternating multicolored scenes of two mermaids flanking a scallop shell and an ocean sunset. These pieces are sometimes backmarked "The Reading Co."