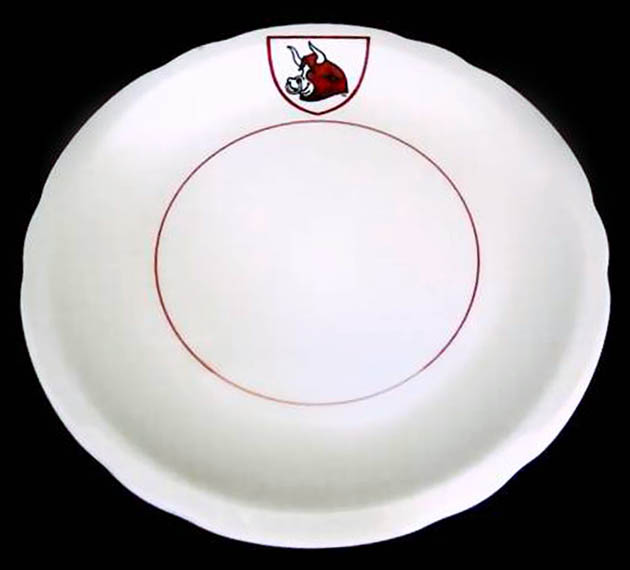 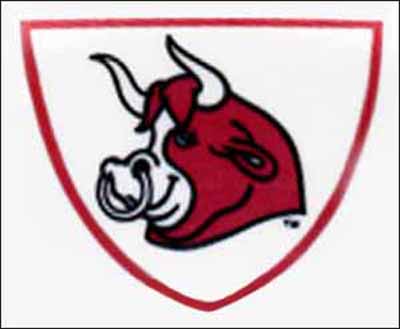 Notes: The Red Bull Inn was started by Louis Fleck in Pittsburgh, Pa. and eventually grew to 20 locations throughout the tri-state area – Pennsylvania, Ohio and West Virginia – beginning in the mid-1960s.

The chain declined until only the original restaurant remained, which then closed in 2007. Fleck's sons Dan and Randy, and his daughter Janice Bioni, then opened the Pittsburgh Chop House in the same location at 5205 Campbell's Run Road which remains open to this day in 2009.

White body with red and black image of a bull in a red shield. Red pinstripe around the well of the plate.

ID and photos contributed by tcymbor