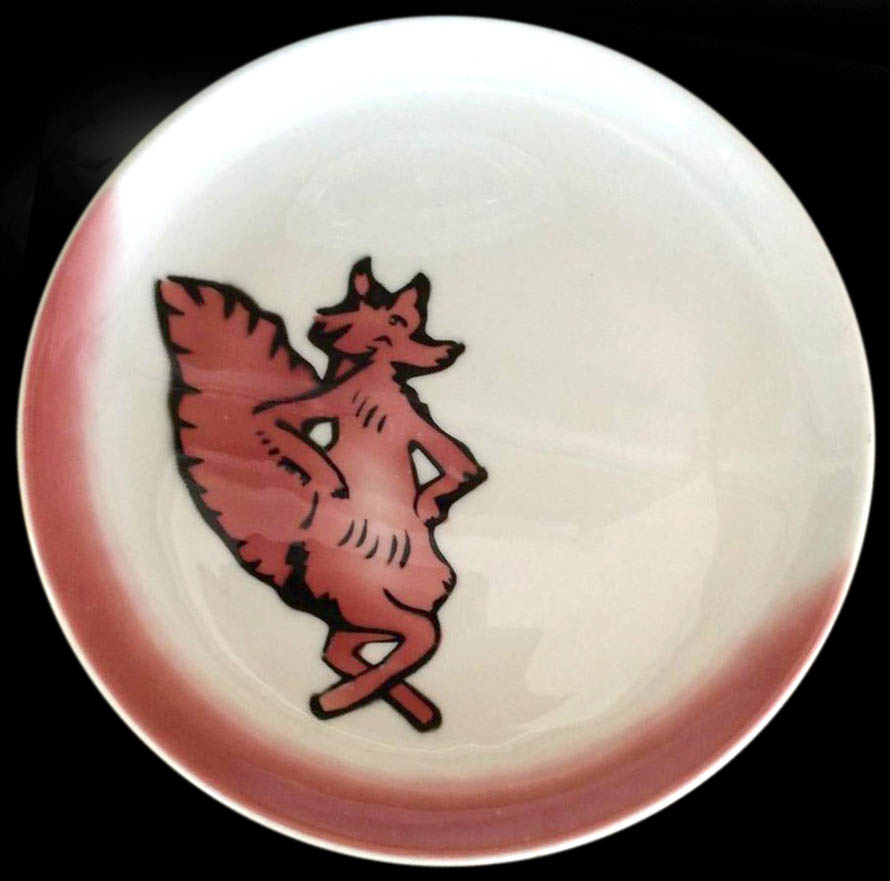 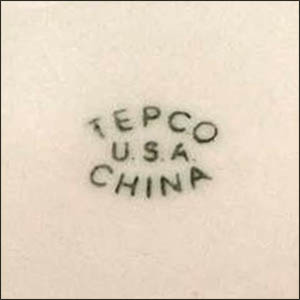 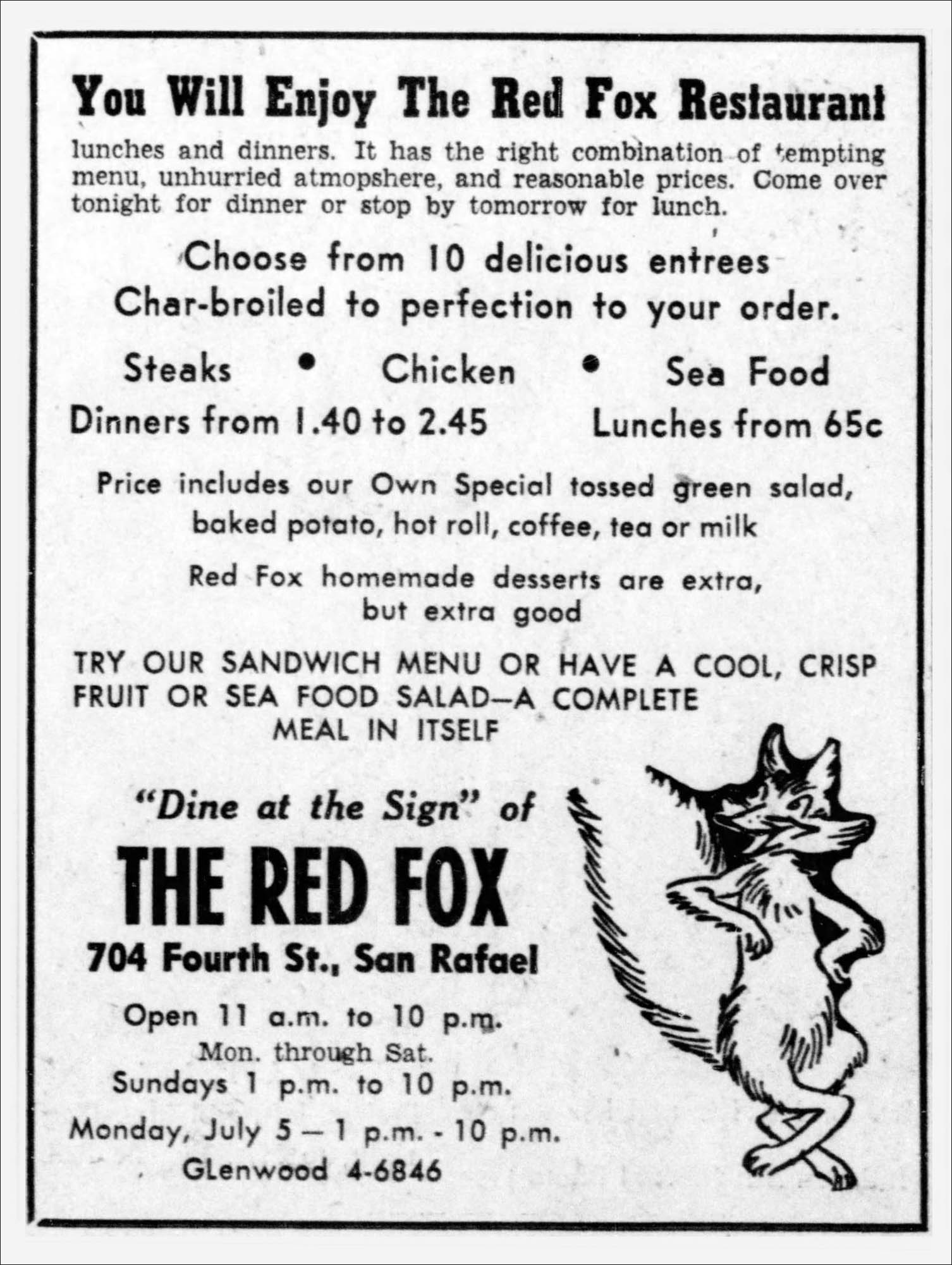 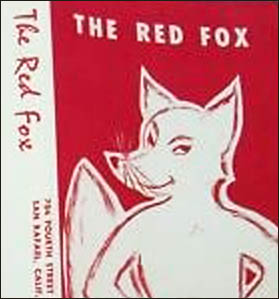 Notes: The Red Fox restaurant was opened in 1954 by Don McLaughlin and Peggy DeMars at 704 Fourth Street in San Rafael, California, and was in business until April 1959, when it was bought by two French chefs and changed its name to La Petite Auberge.

White body plate with a cartoon drawing of a cross-legged standing fox with front paws on hips and a large, bushy tail. The fox is outlined in black and filled with a red airbrushed color which is also sprayed on about half the border under where the fox is standing.