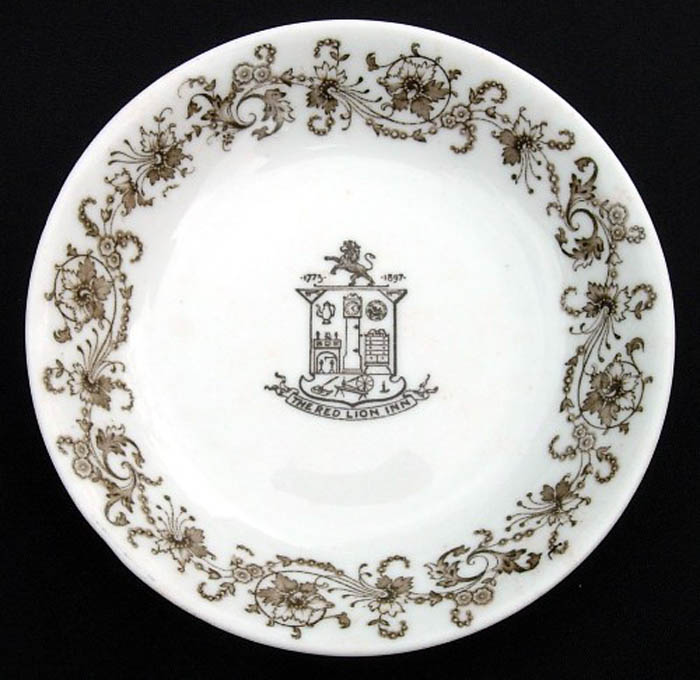 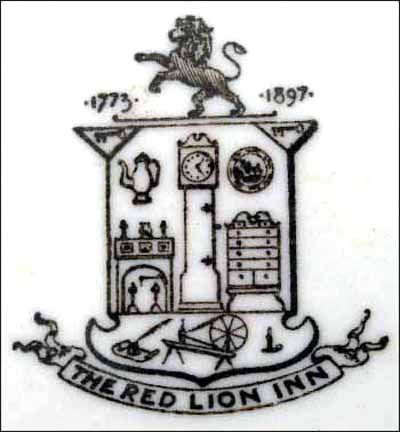 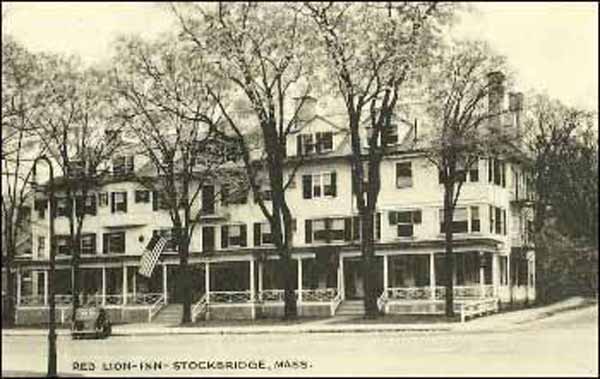 Notes: The Red Lion Inn opened in 1773 in Stockbridge, Massachusetts. Silas and Anna Bingham established a general store on the road between Albany, N.Y. and Boston, Massachusetts. It became a stagecoach stop as well as tavern and inn. The Inn changed hands many times over the years after Anna Bingham sold it in 1807 and in 1862 the Plumb family took it over and owned it for 90 years. In 1896 a fire almost completely destroyed the inn but was quickly rebuilt by Allen Treadway, nephew of the Plumbs.

"From The Red Lion Inn's inception until it was leveled by fire, its crest was a red lion waving a green tail. It is believed that while the red lion was symbolic of the Crown, the green tail indicated sympathy for the colonists during the Revolutionary War. At its rebirth in 1897, Mr. Treadway unveiled a new crest in the form of a shield. At the top were a lion and the two dates, 1773 and 1897, indicating the birth and rebirth of the Inn. Within the body of the shield were a teapot, plate, Franklin stove, highboy, clock and two large keys, representing the Inn's fine collection of antiques. In the early 1920s the shield was replaced with the traditional lion that we see today, plump and well fed, to indicate the high quality of food served at the Red Lion, and now sporting the familiar red tail."

In 1968, John and Jane Fitzpatrick, founders of Country Curtains, saved the Inn from destruction. They planned to use it as a base for their mail order business but soon decided to continue its operation as an inn. Their daughter Nancy Fitzpatrick currently owns and operates the Red Lion Inn.

White body, brown floral border, shield as described above, all in brown.