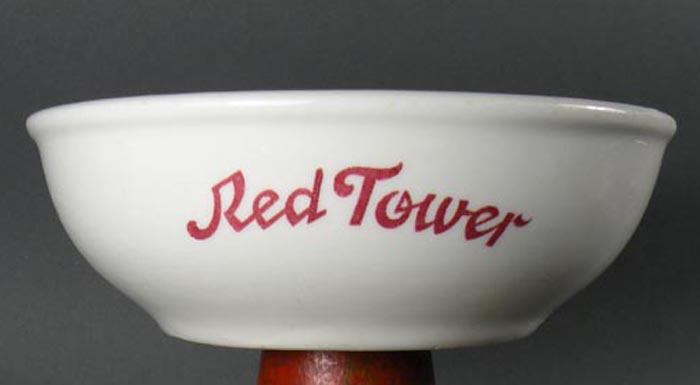 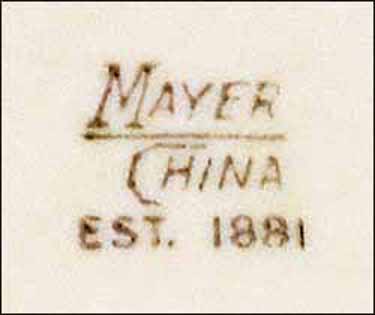 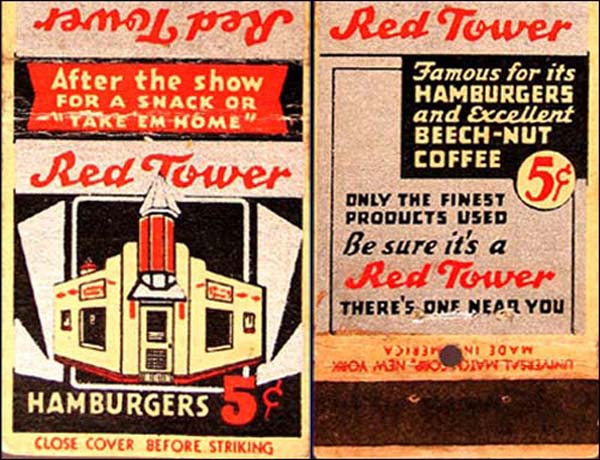 Note: Red Tower was a short-lived five-cent hamburger chain located in, and in a perimeter around, Newark, N.J., with known shops in Newark, East Orange, Irvington, Elizabeth, Plainfield and Linden. It was founded in 1936 and was a copycat of the successful White Tower and White Castle chains, et. al.

The date the chain was started in 1936 is assumed, based on a U.S. trademark registration that was filed in New Jersey in 1995 for "Red Tower Fatboy Hamburger Since 1936."