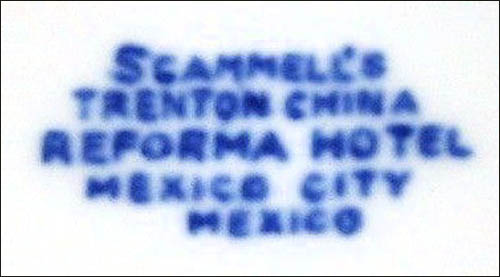 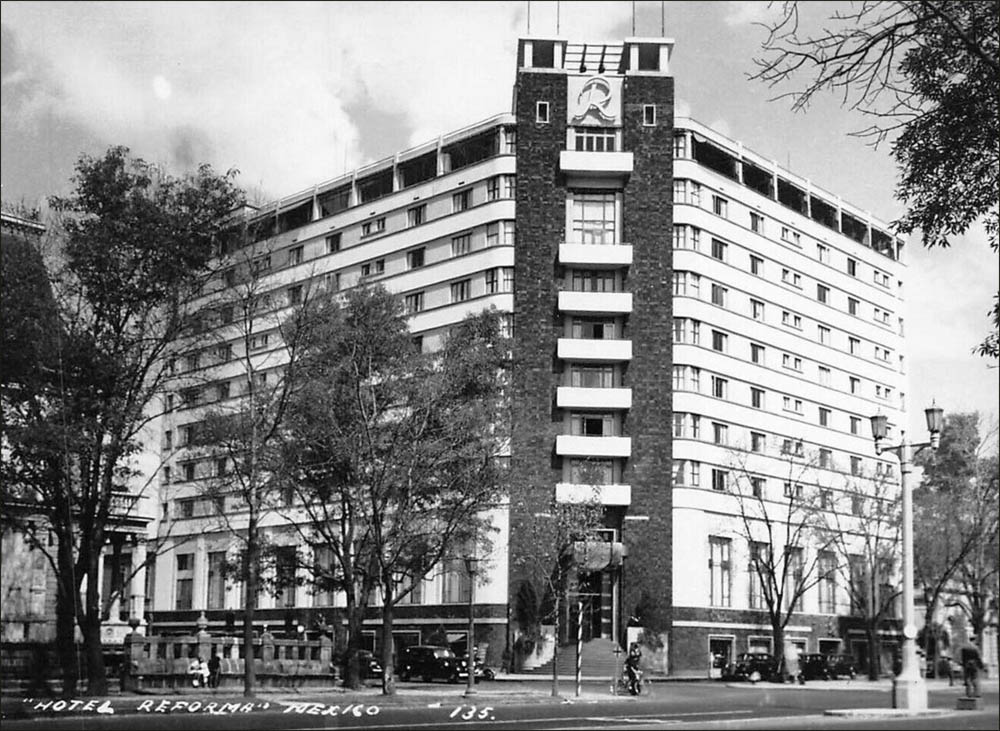 Scammell got the contract to supply crested china to the Reforma. The crest is a blue uppercase, serif "R", which is placed at the 9 o'clock position on coupe-shape plates. For some unknown reason this is totally different from the script "R" that appears on the hotel facade, and in advertisements. This Trenton China is back stamped with the hotel name and location.