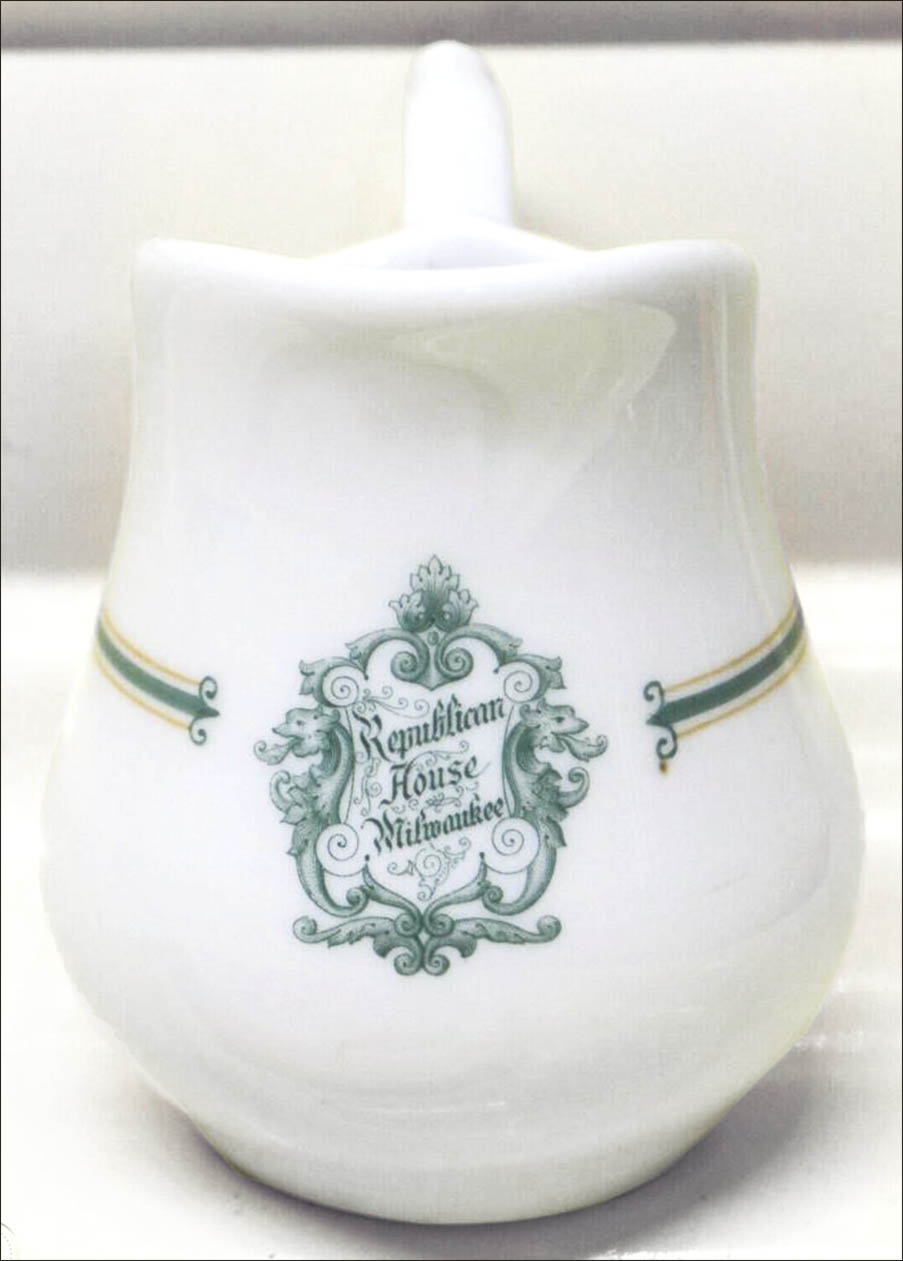 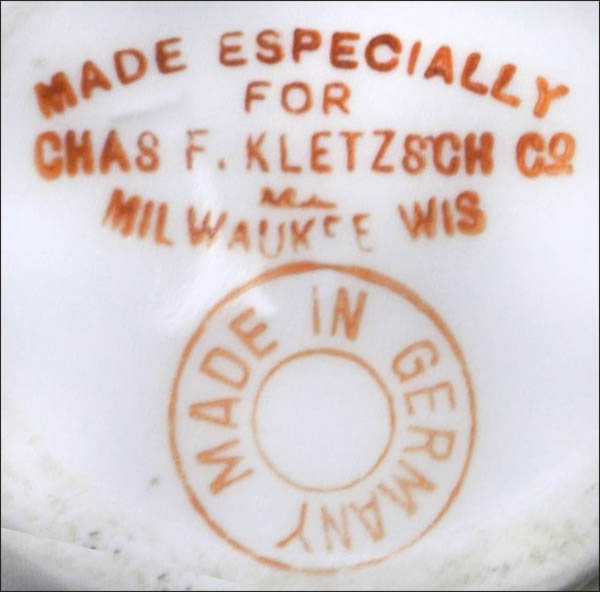 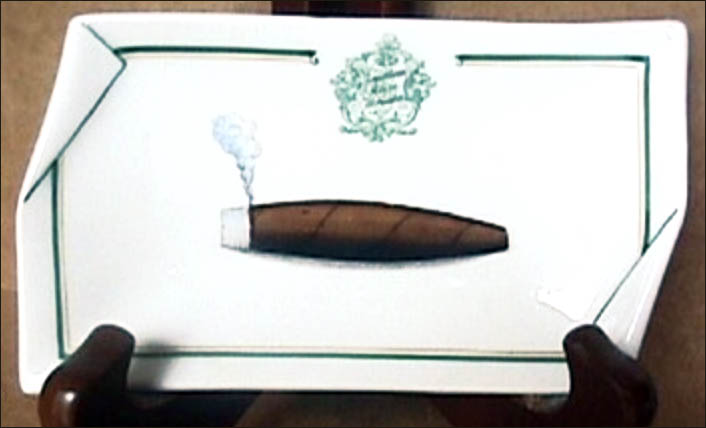 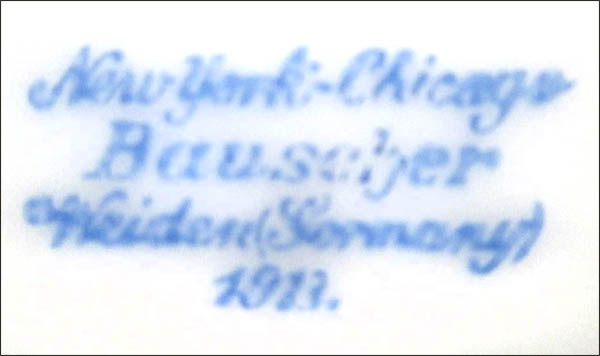 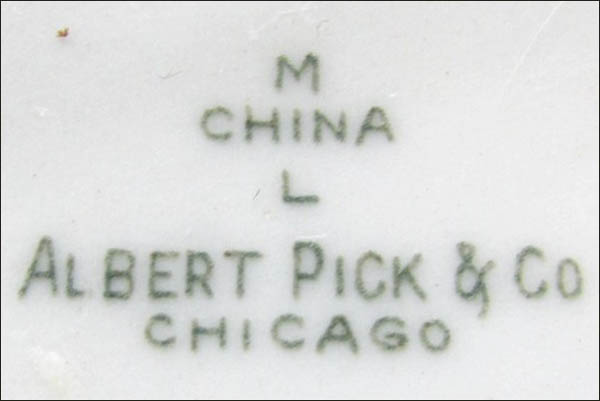 Dining Room at the Republican House 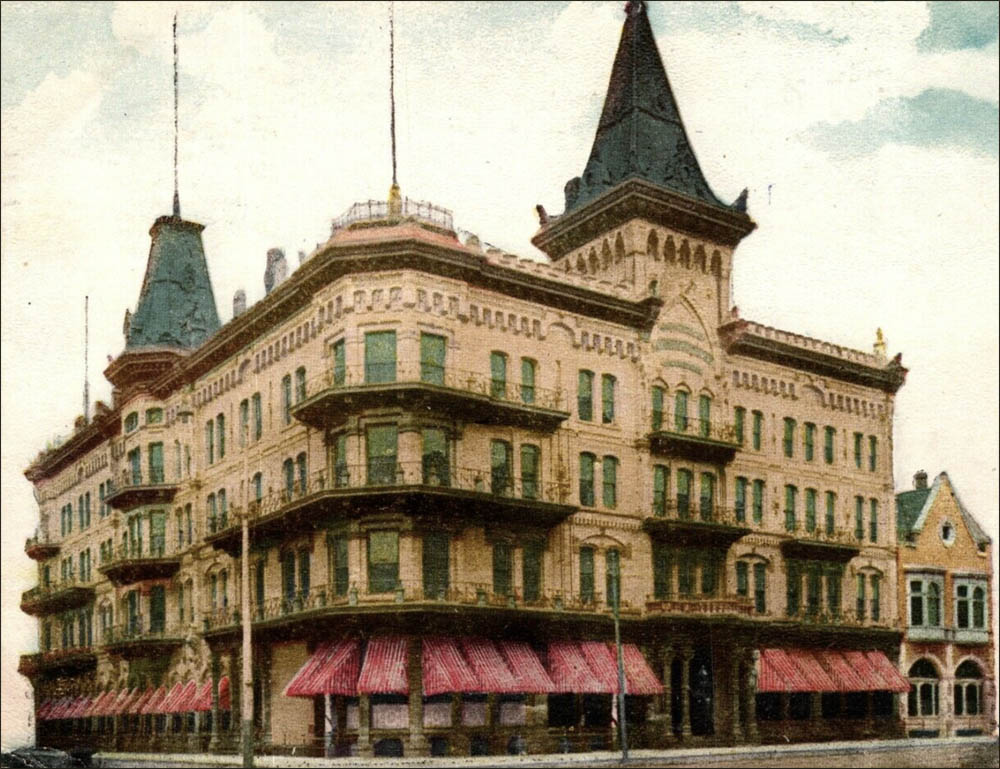 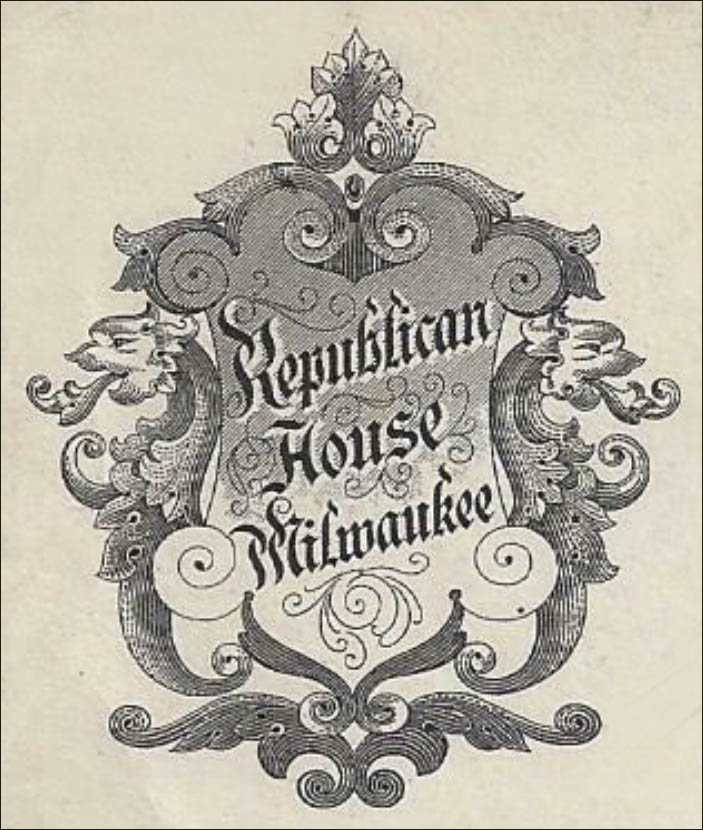 Notes: On December 31, 1875, Charles F. Kletzsch leased a hotel that had been built in 1836. It was originally named the Washington House.  The name was change around 1854 when the Republican Party was founded. Kletzsch purchased the hotel in 1880 and began construction of new sections. The four-story Republican House, on the corner of 3rd and Cedar Streets in Milwaukee, opened in 1884. More additions were made in 1892 and 1900, which brought the room count up to around 187. By 1923, it had a 250-seat assembly room, and by 1928, there was a restaurant, grill and cafeteria.  The Republican House closed in 1958 and was torn down in 1961.

China crested for the Republican House was made by at least two potteries, Maddock and Bauscher. The transfer crest is an ornate scroll frame around "Republican House Milwaukee." Hidden in the scrollwork there are two animal heads with flames coming out of their mouths. This logo was used on the hotel's stationary. Flanking the crest, mid rim, there are red and green lines with scroll ends. Some of the German-made china is back stamped "Made Especially for Chas F. Kletzsch Co." Bauscher made rectangular cigar ashtrays, some dated 1911. Maddock items were supplied by Albert Pick & Co. Fragments of this crested china has been found in a Maddock dump site used between 1906 and 1912.