IDwiki » All Contents » Manufacturers » SYRACUSE / O.P.Co. » Restaurant on the Mountain

Restaurant on the Mountain 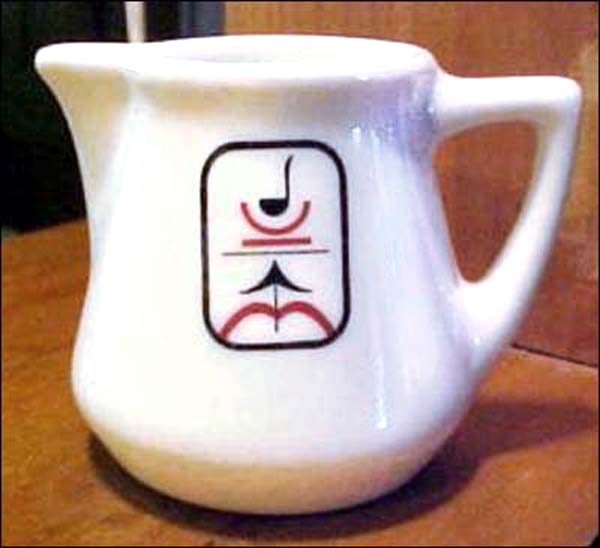 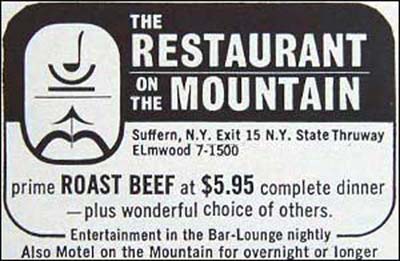 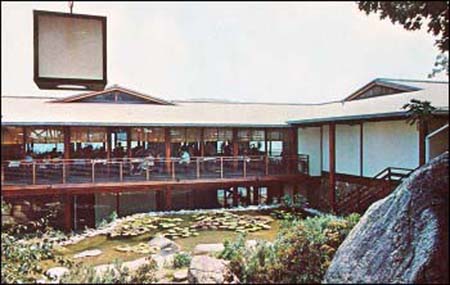 Notes: Built on the side of a hill overlooking the Thomas Dewey Thruway near Suffern, NY, this restaurant and accompanying 100-unit Japanese style motel were built in the late 50s/early 60s. The building was designed by Junzo Yoshimura of Tokyo and hailed for its contemporary architecture. There were a succession of openings and closings and it even became a gay disco in the late 70s. The restaurant and motel were purchased by Tony Fujita in 1983 with plans to keep the restaurant and sell the rest of the land and motel. As of 2000, it was the Mount Fuji Restaurant.

White body creamer with black and red stylized designs of a ladle and mountain that looks more like an umbrella.