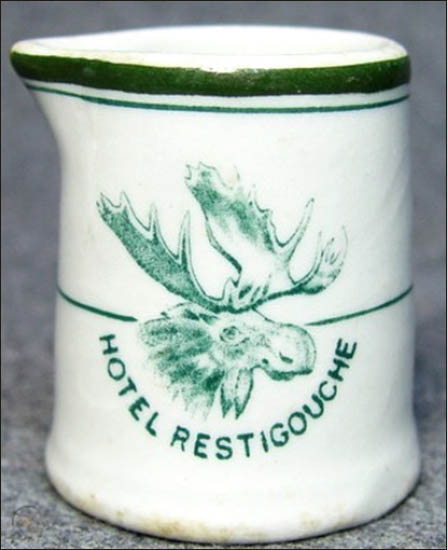 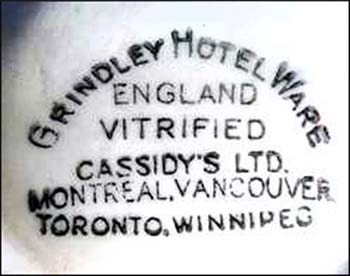 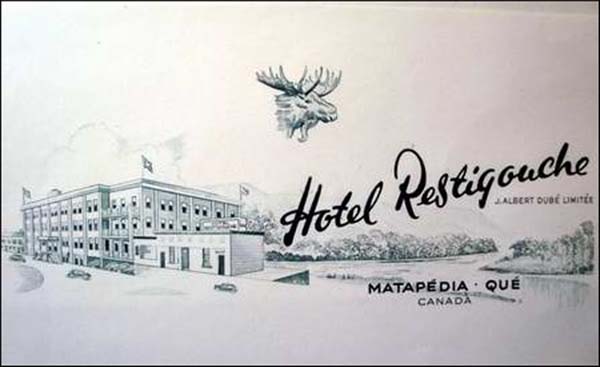 Notes: Motel Restigouche Outfitters and three generations of the Dubé family have been serving tourists, anglers and hunters since 1906. The first Restigouche Hotel was built in 1906 by J. Albert Dubé on the banks of the Restigouche river, at the meeting point of the Matapedia and Restigouche. This creamer would have been used at the first hotel.

The new Restigouche Hotel was built in 1972 by Roger Dubé, son of Albert Dubé and owner since 1944. It was later renovated in 1989 by Roger's son and present owner Pete Dubé, who has been with the establishment since 1962.

White body with green stripes and a green moosehead transfer design with "Hotel Restigouche" beneath.