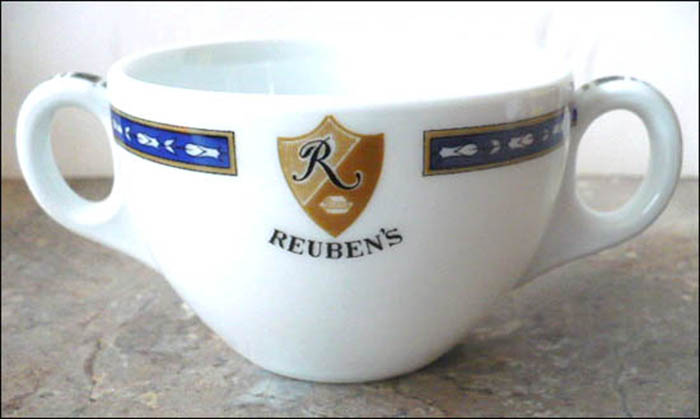 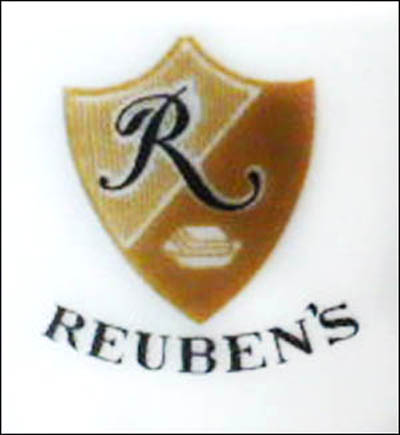 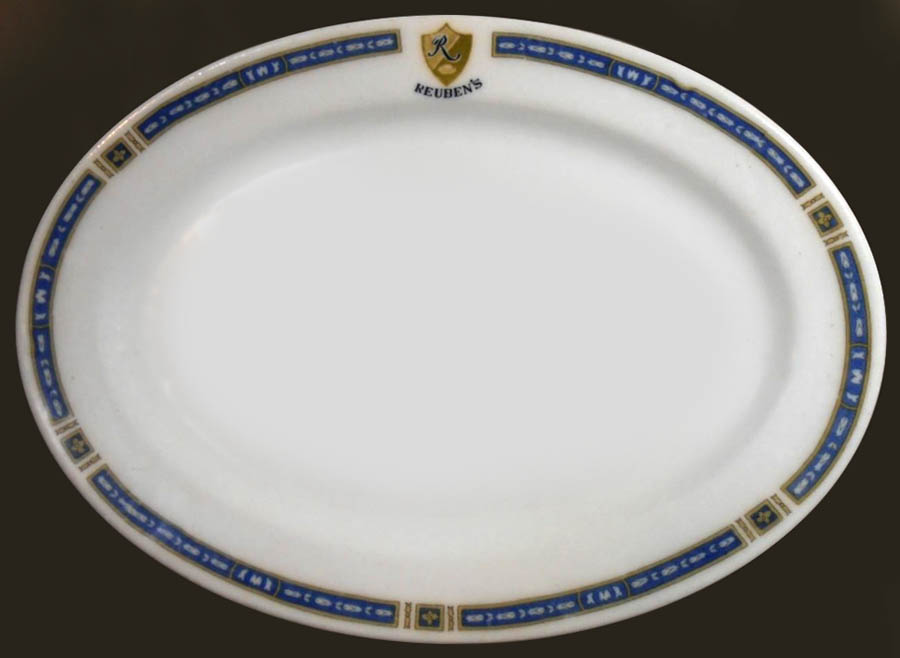 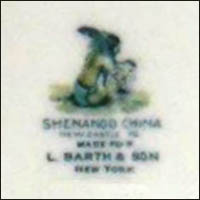 Notes: According to the Wikipedia, German immigrant Arnold Reuben opened his restaurant in 1908, and after several location changes, sold it in the mid-1960s to Harry L. Gilman. It was open at its last address at 6 East 58th Street until closing in 2001.

"Reuben's restaurant is one of several restaurants and chefs that claim to have originated the Reuben sandwich. According to its version, in 1914 an actress filming with Charlie Chaplin requested the combination. There is disagreement whether that recipe was the same as what became to be known as the Reuben sandwich. Another version is that the sandwich was named after Arnold Reuben for his charitable work and donations, though the actual sandwich was created by William Hamerly."

The double handled soup cup has a white, blue and non-metallic gold border interrupted by the Reuben's logo: a crest divided diagonally in two shades of gold with a large script R in black and a small drawing of a sandwich. Below is REUBEN'S in black.