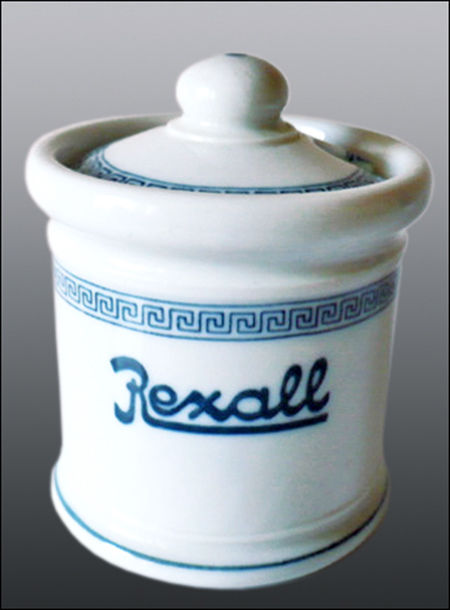 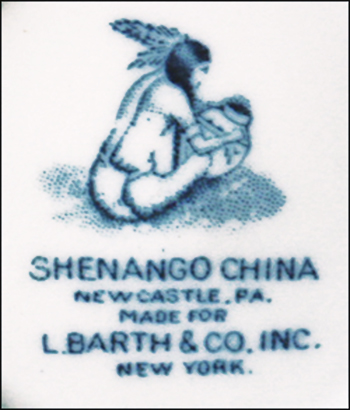 Notes: From the Wikipedia, "Rexall was a chain of North American drugstores, and the name of their store-branded products. The stores, having roots in the federation of United Drug Stores starting in 1902, licensed the Rexall brand name to as many as 12,000 drug stores across the United States from 1920 to 1977. (The "Rex" in the name came from the common Rx abbreviation for drug prescriptions.)"

At least some of the drugstores had soda fountains, where this mustard pot would have been used. Robert A. Chapin waxes eloquent about the era of Rexall soda fountains in his story, "Bristol's Rexall Pharmacy."

The estimate of the date is based on the errata to Barbara Conroy's "Restaurant China" books and on the date (1926) that L. Barth & Co. merged with Albert Pick.

The design has a Greek key border and line and the Rexall logo in script with the R forming an underline across the rest of the name, all in deep teal blue.