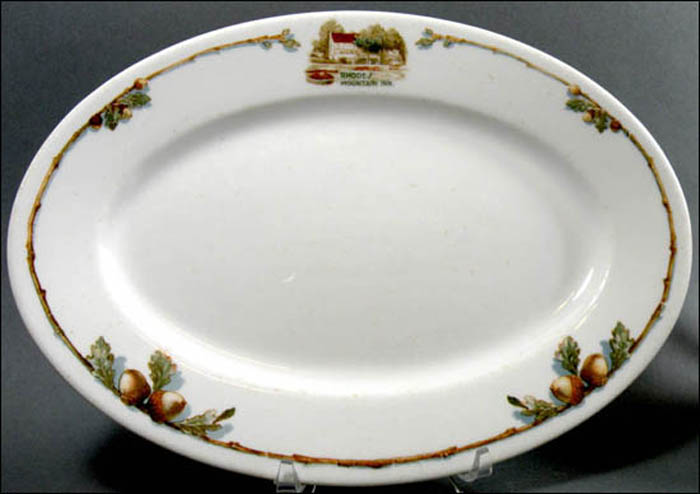 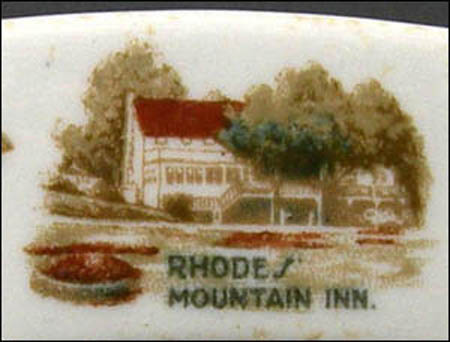 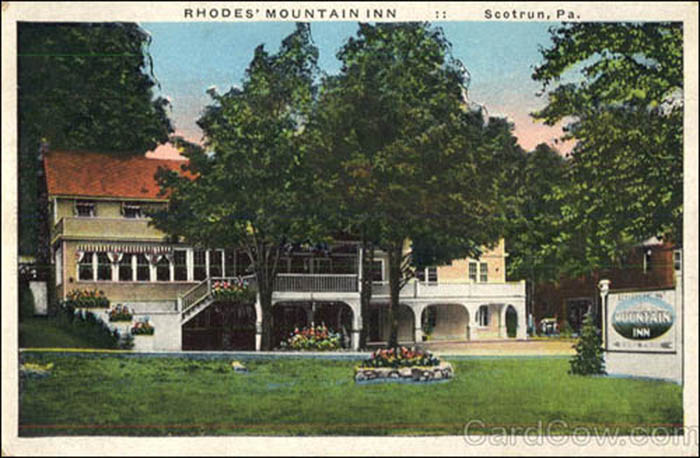 Next door to the inn was Rhodes' Coffee Shop (to the right in the postcard above). It was located in what had been the inn's original garage. It is likely that this china was either used at the coffee shop exclusively, or in addition to its use at the inn.

White body with acorns and oak leaves in browns and dull greens. The image of the white inn with a rust roof, surrounded by trees, is at the top of the platter.