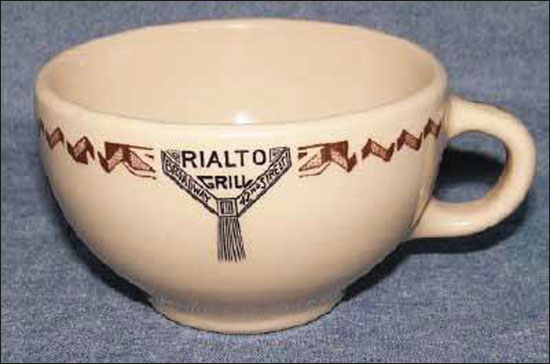 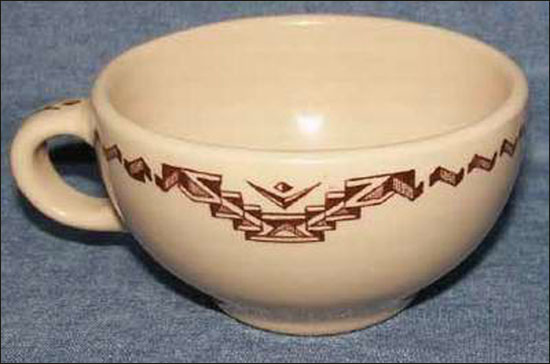 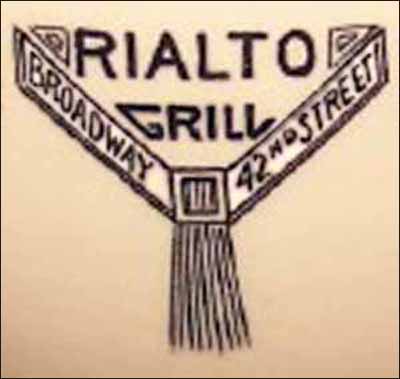 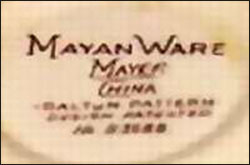 Notes: The lone mention found of the Rialto Grill thus far comes from the April 7, 1933 Dalles Chronicle (whose date corresponds with the date of the cup's backstamp): "The Elite Headwaiters Association of America held a funeral service in Times Square at 12:01 a.m. today for a keg of near beer. The keg was placed in a hearse at the brass rail, Rialto Grill. The procession moved through the theatrical district in a misty rain. Then the head of the keg was broken in and the beer poured down the sewer. Nobody seemed to care much about it all."

There were several venues in the Manhattan theater district that used Rialto in the name, including this Rialto Cafe in 1910, just a few blocks over from 42nd Street. (The Rialto Cafe is on the far right side of this photo in the New York Public Library archives.) This venue would have predated the Rialto Grill.

This pattern is also of interest because it is a unusual example of the Mayer Dalton pattern, most often seen in black.