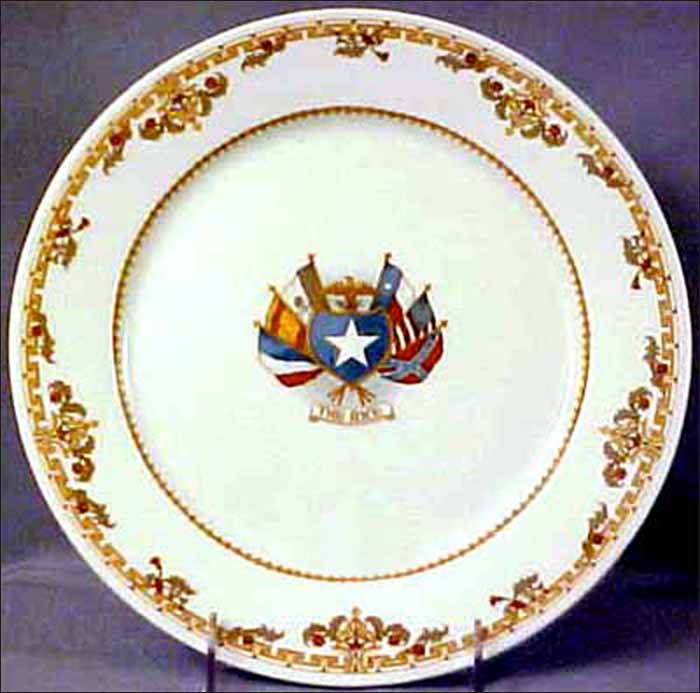 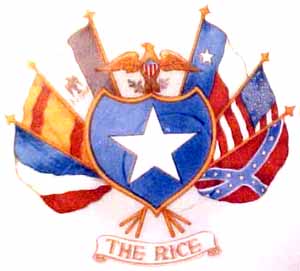 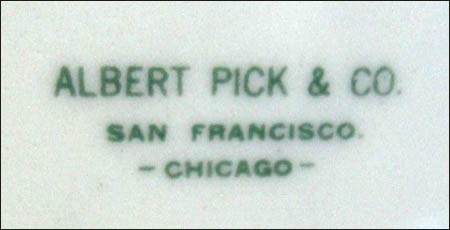 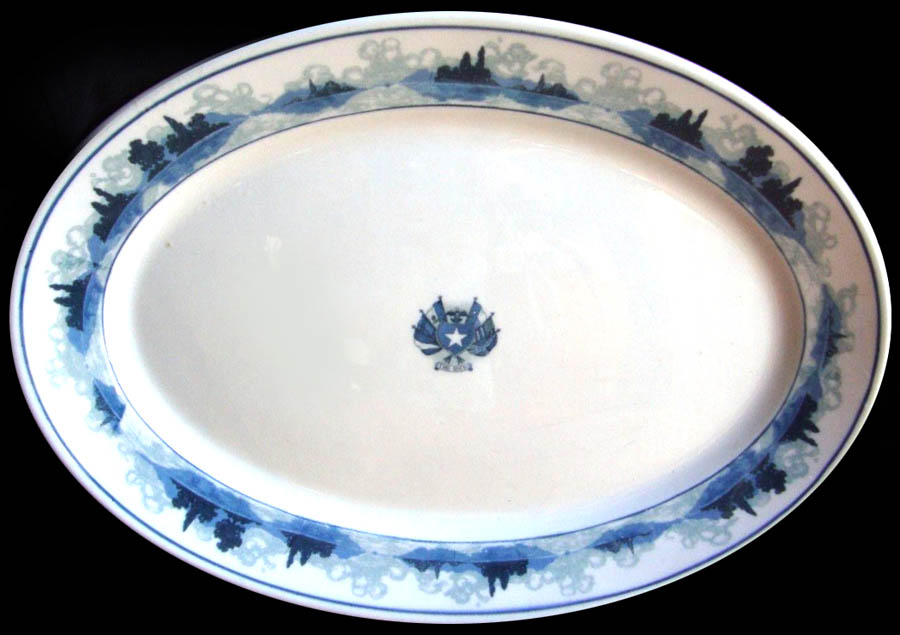 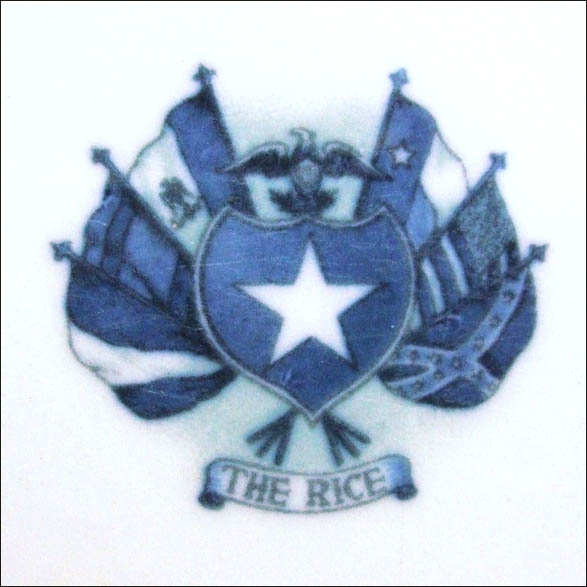 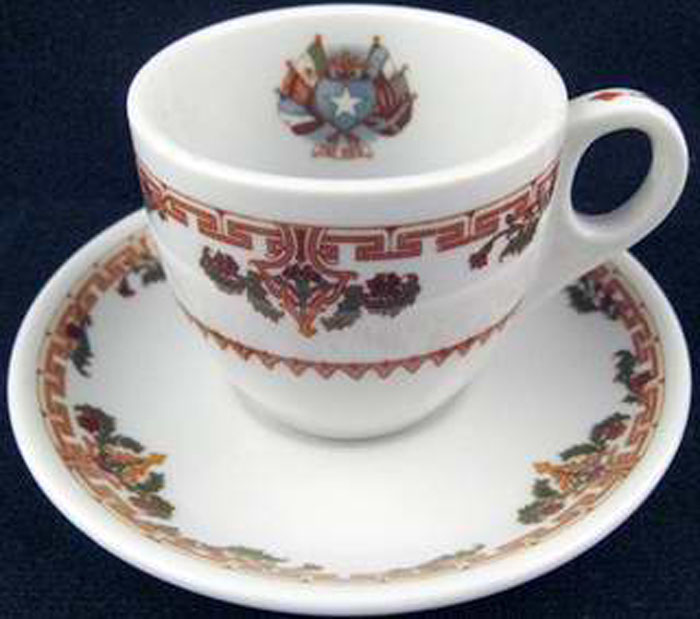 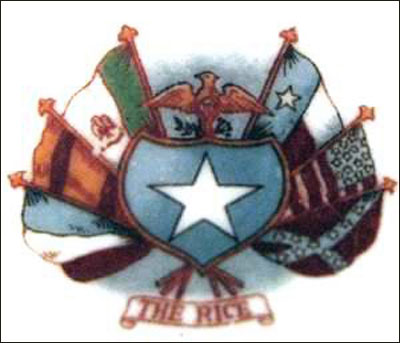 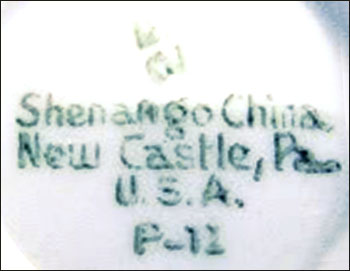 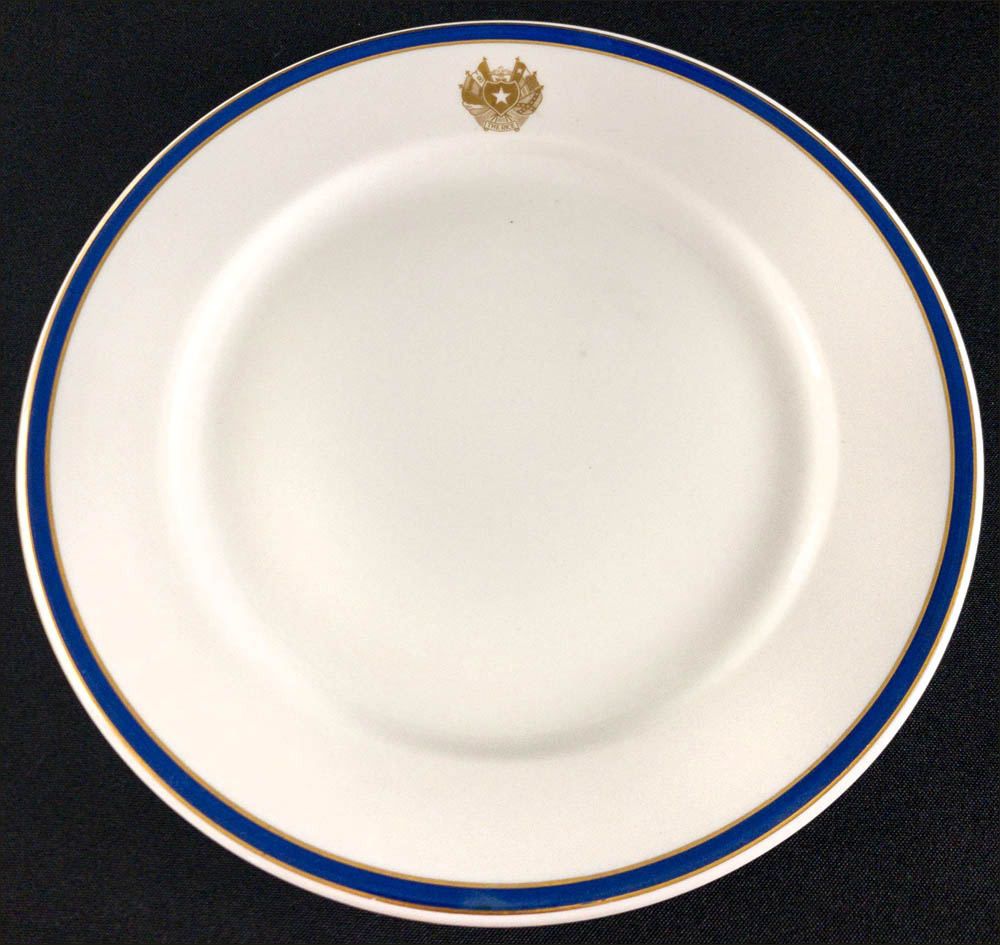 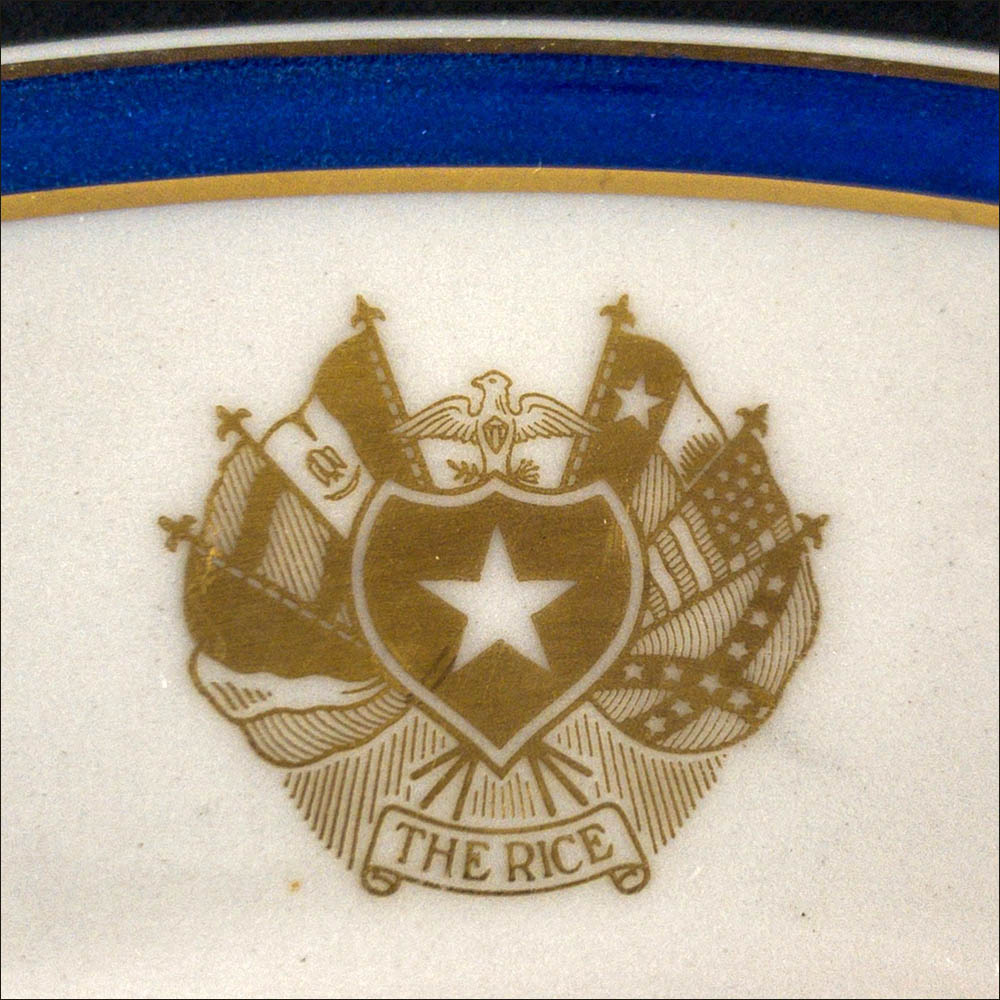 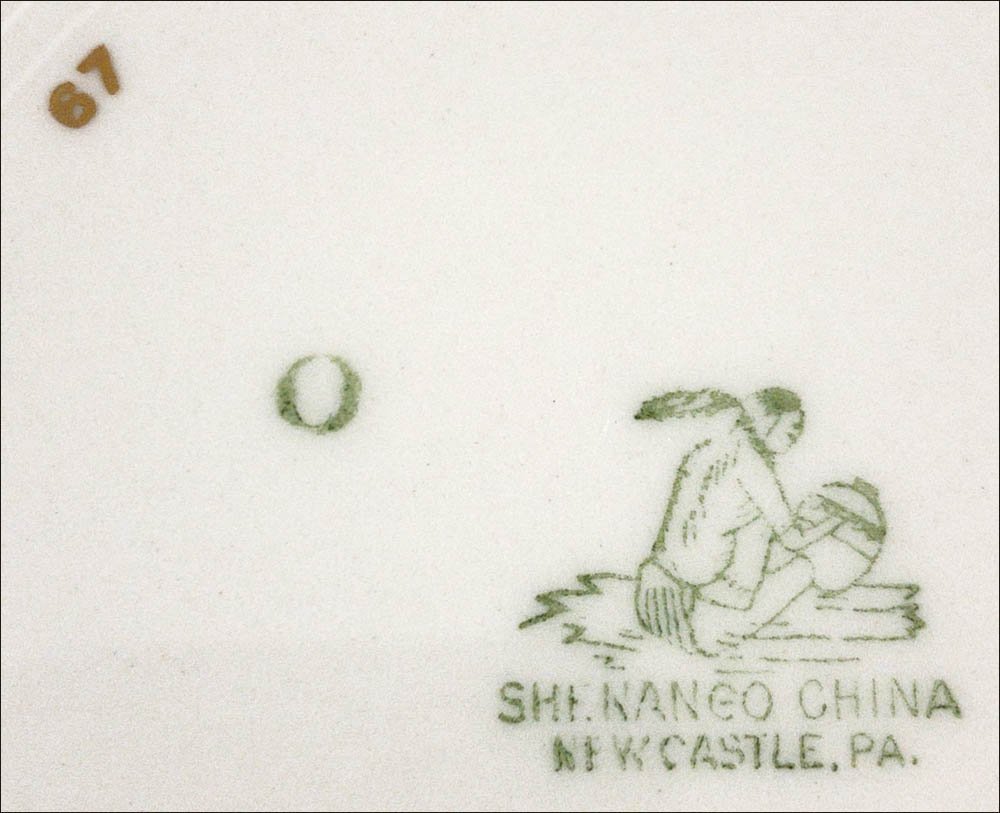 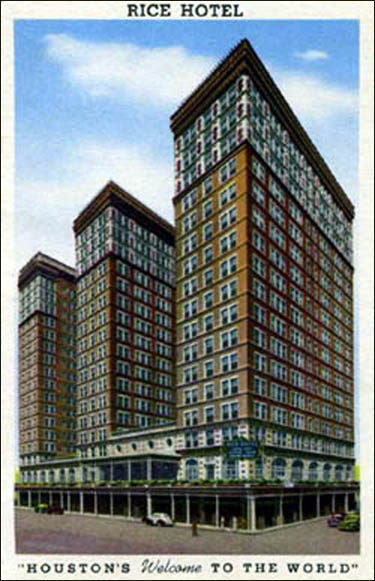 Notes: The hotel was built on the site of the old Capitol of the Republic of Texas, which housed the Texas Congress from April 1837 until September 1839. The original building was razed in 1881 by Colonel A. Groesbeck, who subsequently erected an elaborate five-story Capitol Hotel.

The Rice Hotel remained a Houston landmark until 1975, when the building's owners decided to close the hotel. After a brief reopening in 1976, the hotel was closed by court order on August 23, 1977 and was sold at foreclosure auction in 1977.

It was sold again circa 1995, completely renovated and reopened on October 29, 1998 with 312 bedroom rental units.

The manufacturer is not known for the platter, in blue. It was supplied by Albert Pick and Company, which was a known supplier of the Maddock Pottery Company, hence its placement with its known cousin. Based on the Pick backstamp, it would appear that its date of manufacture spanned 1923 – 1926. Lamberton China body.

The Shenango plate has a coin gold topmark with blue band flanked by thinner coin gold bands on the border.