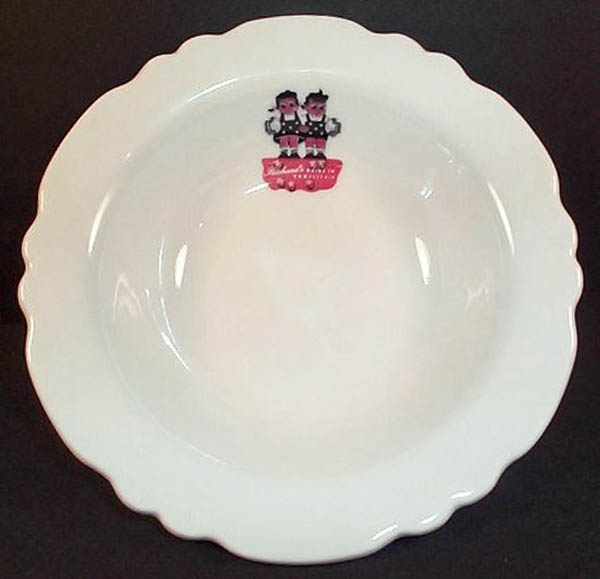 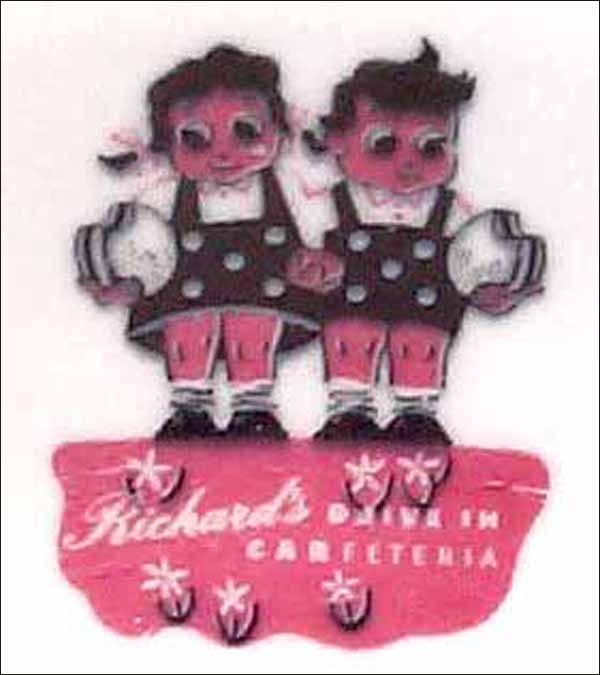 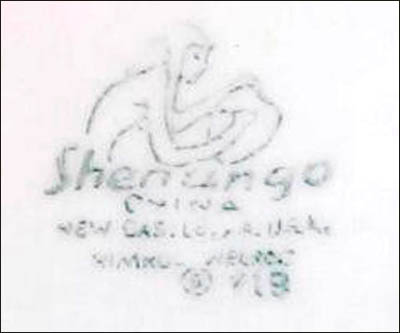 Notes: Richard's Drive In Carfeteria (note it is spelled "Car," not "Caf") was a very popular hamburger drive-in with approximately 12 locations in the Detroit, Mich., area. The drive-in was famous for its California Twin Burger, hence the famous logo of a boy and girl twin doll figures eating hamburgers.

The drive-in's large signs had the same image of the twins on the front of the buildings. There also were Richard's Drive Ins in Greenfield and Eight Mile.

The bowl features a red and black logo showing the twins along with the wording "Richard's Drive In Carfeteria."