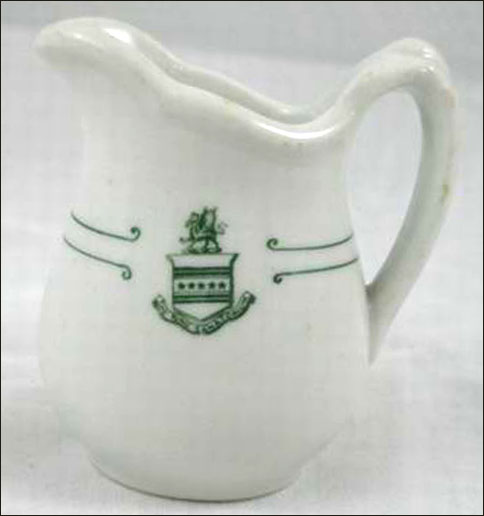 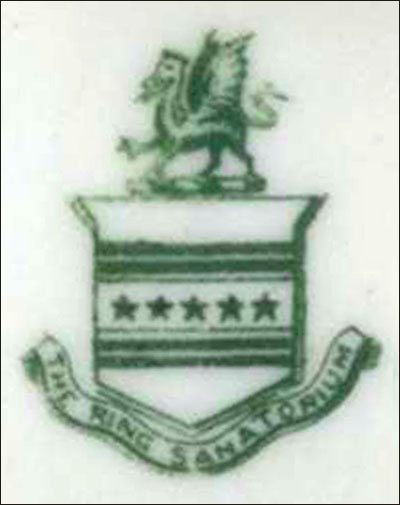 Notes: The Ring Sanatorium and Hospital was established in 1879 and had 60 beds, according to the 1921 Standard Hospital Asylum and Institution Directory published by the Standard Publishing Company. In 1921, Dr. Arthur H. Ring was the Superintendent of this facility located at 163 Hillside Ave., Arlington Heights, MA. The facility specialized in the study, care and treatment of emotional, mental, personality and habit disorders. The sanatorium is no longer in existence.

White body with green emblem of a griffin on top of a shield with five stars and multiple stripes. There are two thin parallel green stripes around the center of the creamer. The words "THE RING SANATORIUM" appear in a banner beneath the emblem.