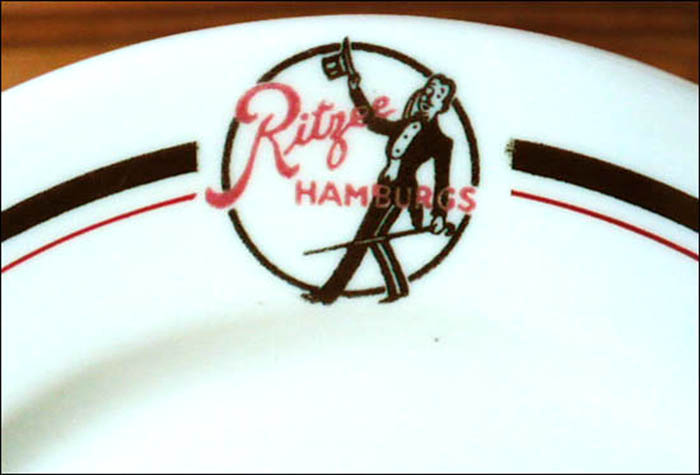 Notes: Based on the locations printed inside the matchbook above with the same graphics, Ritzee Hamburgs was a restaurant chain in Michigan, with at least the following locations: Battle Creek (3), Grand Rapids, Jackson, Lansing, Lincoln Park and Alma. Click here to see a photo of the Grand Rapids location with the same logo. It appears that there might be at least one location still open (in 2014), on Michigan Avenue West in Battle Creek.

The white plate has a black band and narrow red line, intersected with the restaurant's logo: a white circle surrounded by a black line, with a man inside wearing a tuxedo, top hat and cane (in black) and the words (in red): Ritzee Hamburgs.

ID and photos contributed by Kathleen