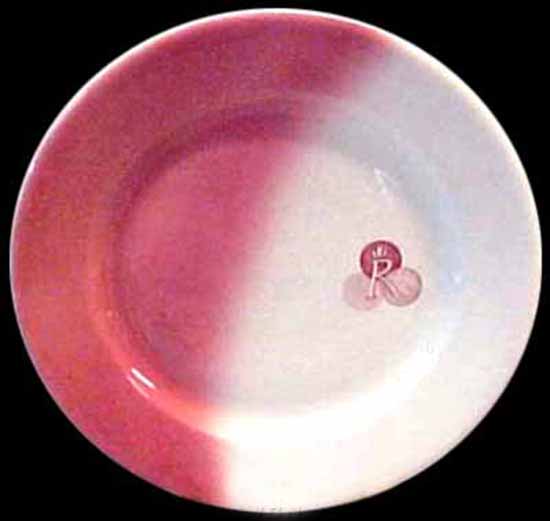 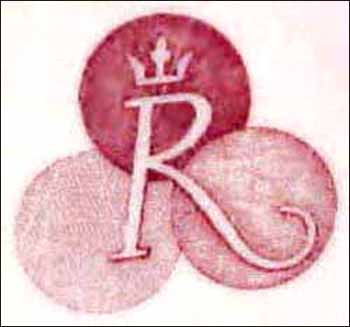 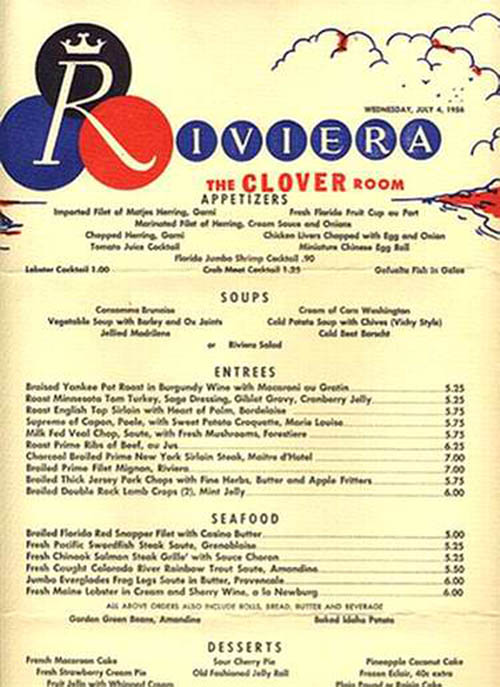 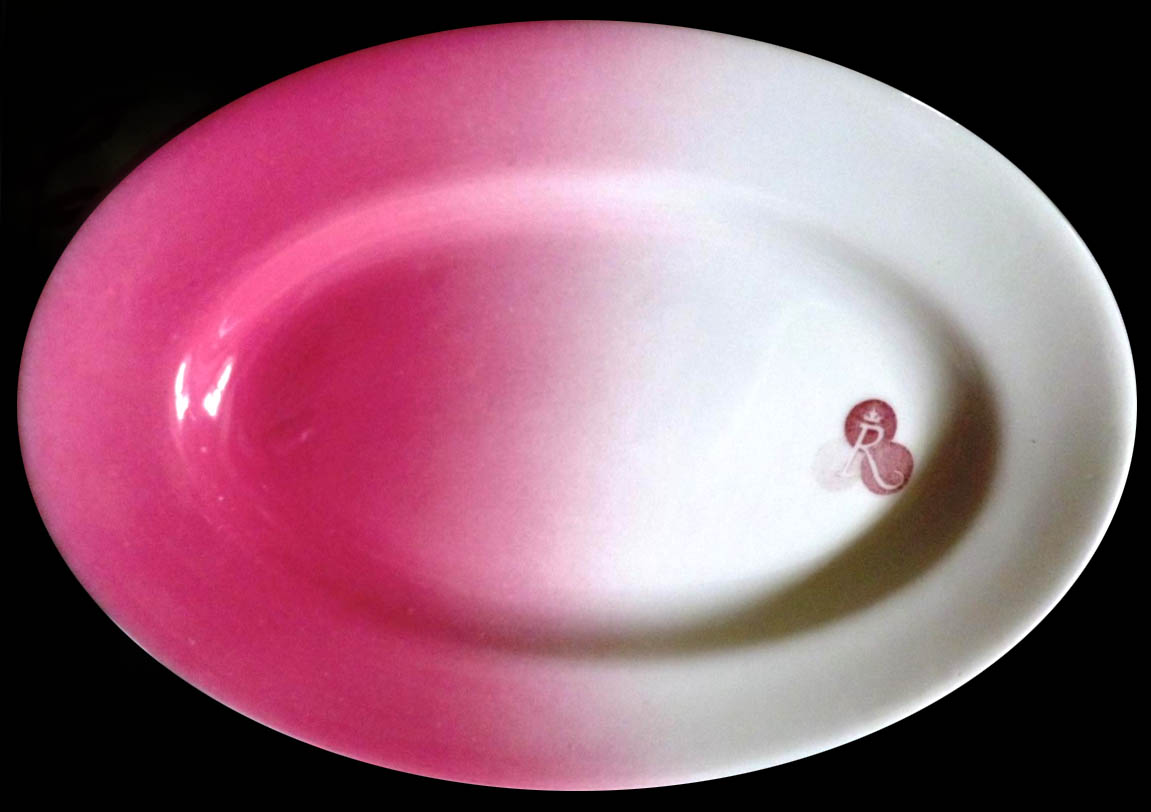 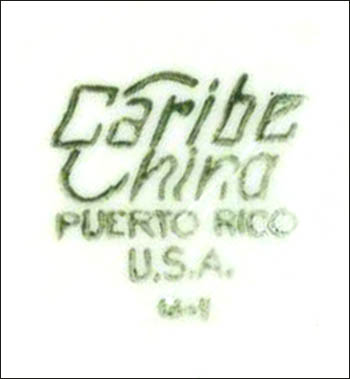 Notes: The Mediterranean North Tower was built in 1955 with nine floors, from whose era this plate would have come. The hotel/casino currently has more than 2,000 rooms and multiple additions in Las Vegas, NV.

Shown above is a dinner menu dated Wednesday, July 4, 1956 from The Clover Room of the Riviera Hotel in Las Vegas, Nevada. The Riviera opened in April 1955, so when this menu was used, the Hotel was just over a year old. The Clover Room was the big show room and the name was later changed to The Versailles Room. This pattern also was produced by Caribe China and Wallace China.