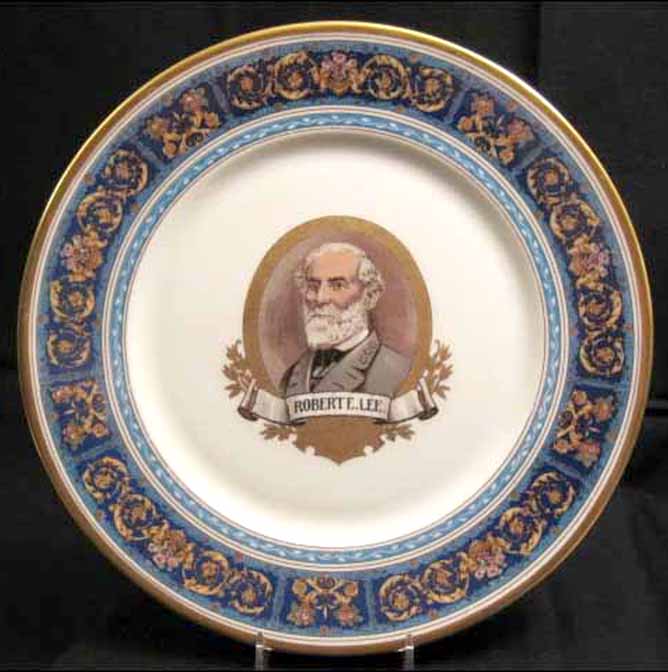 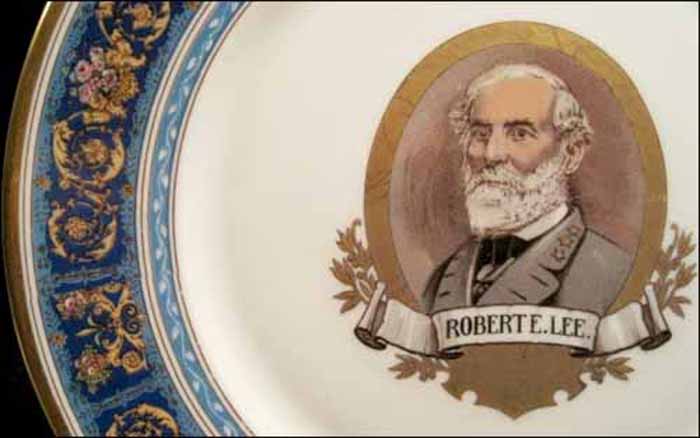 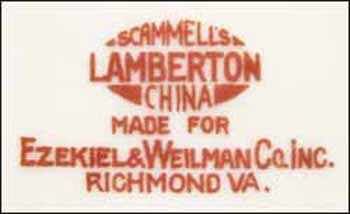 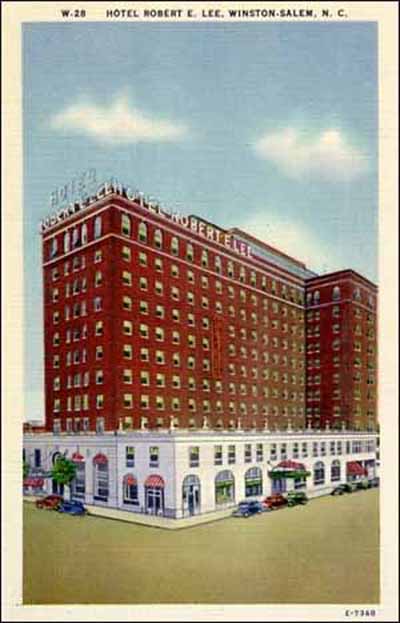 White bodied, 11" service plate. Coin gold band, gold line, wide band of blue background with gold acanthus leaves, and baskets of flowers, another gold line, then a band of blue with white flowers, followed by a gold line, all on the wide rim. In the well of the plate is an image of Robert E. Lee within a coin gold frame with a banner that says Robert E. Lee.