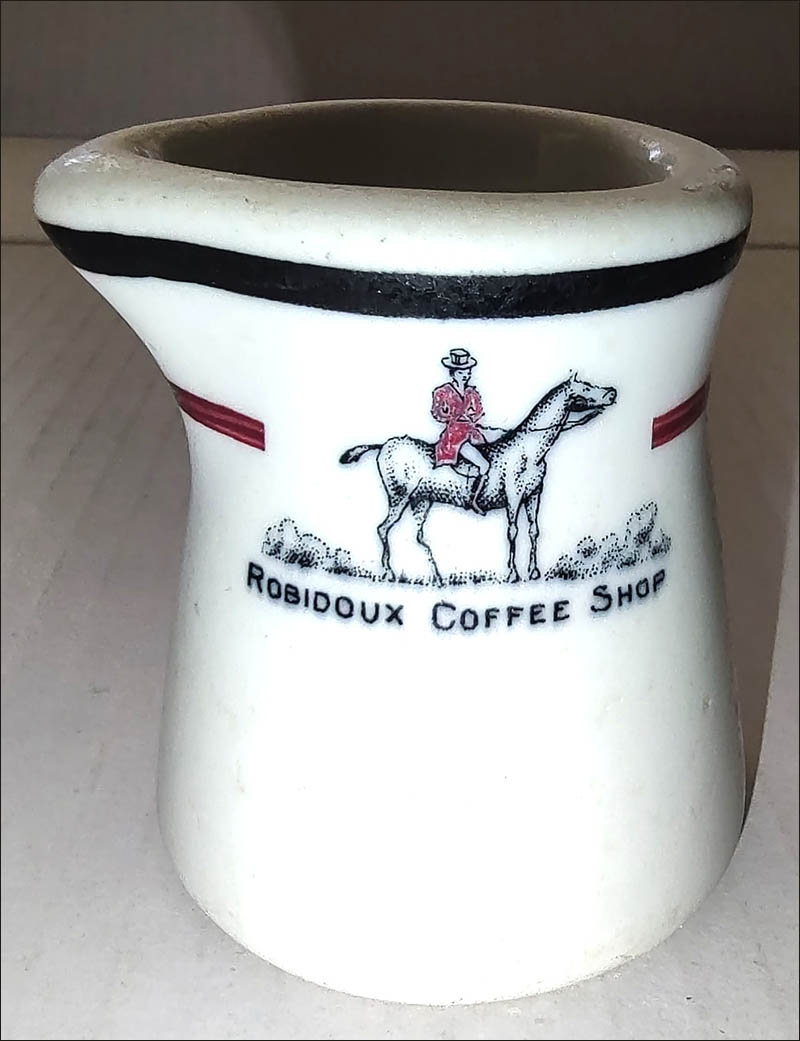 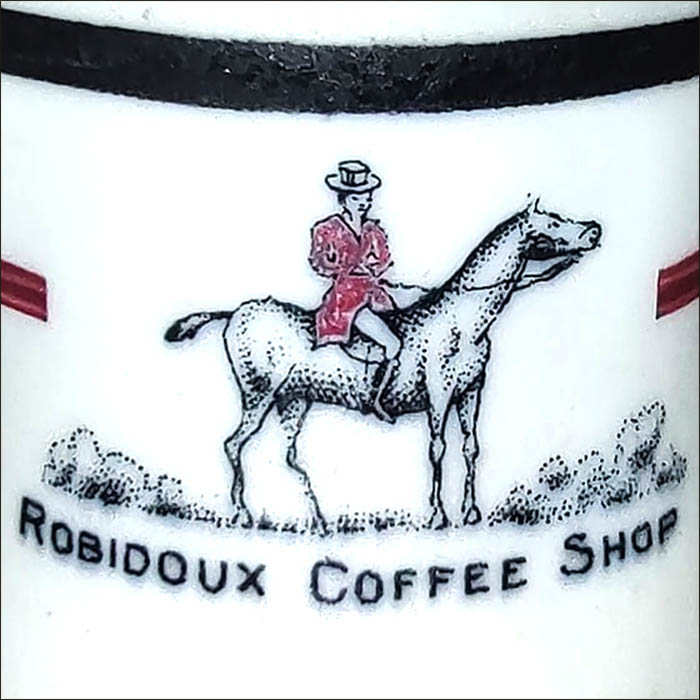 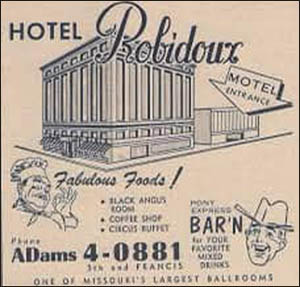 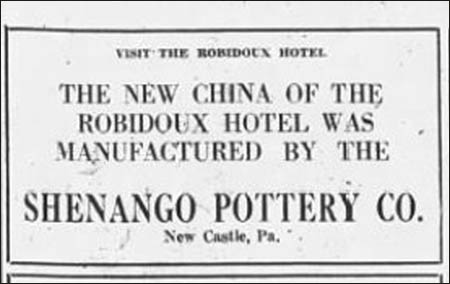 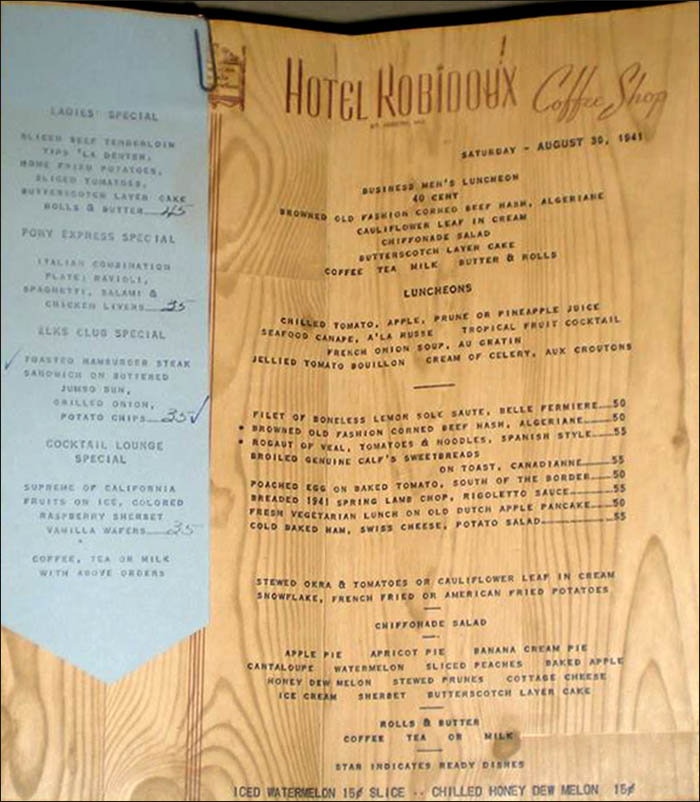 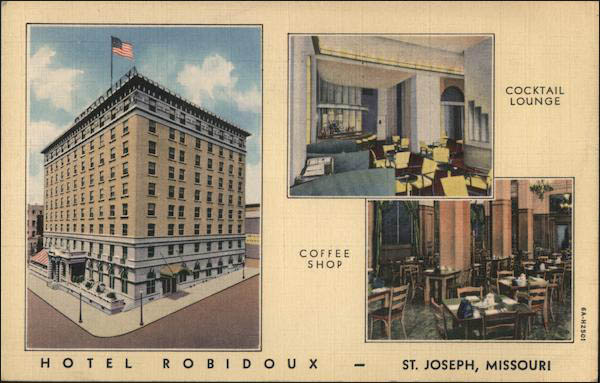 Four Restaurants noted on back of postcard. 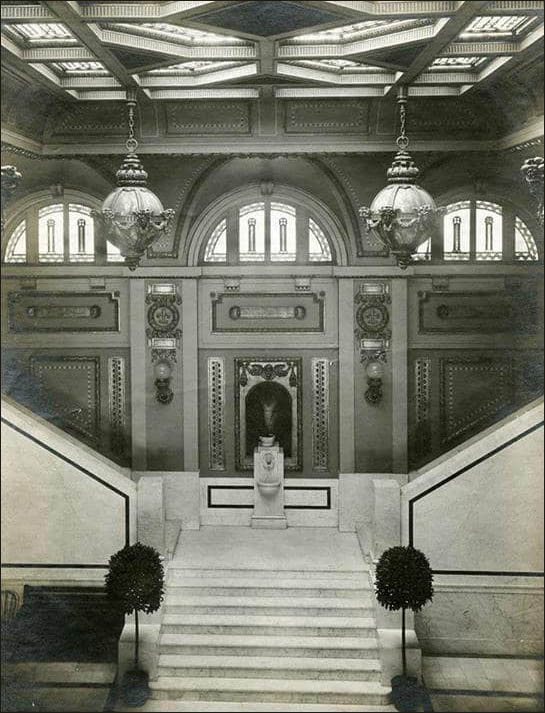 Notes: Construction on the Hotel Robidoux, located at 415-429 Francis Street in St. Joseph, Missouri, was completed in 1909. It was a nine-story Beaux Arts building with three elevators. As shown in the postcard above, there were four restaurants, a cocktail lounge, and a coffee shop, which is where this creamer was used. The hotel and coffee shop underwent a major remodeling and redecorating in 1931, the same year that this china was ordered from Shenango.

There were also three specialty rooms, the Angus, Oak, and Crystal rooms. Count Basie performed in the Crystal Room in the Sixties, and Jack Benny and Eleanor Roosevelt were among the guests. The hotel was demolished on June 13, 1976.

White body creamer with a black band around the top and a thinner red line around the creamer at the base of the spout. On the side of the creamer this red line is broken by the insertion of the coffee shop's logo: a drawing of a red-coated rider on a horse. Underneath the drawing are the words "Robidoux Coffee Shop" in a black block font.