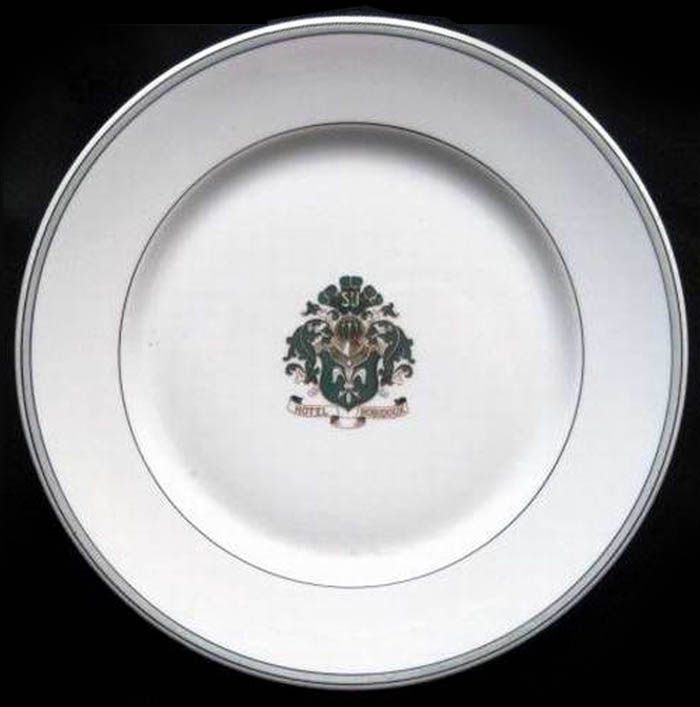 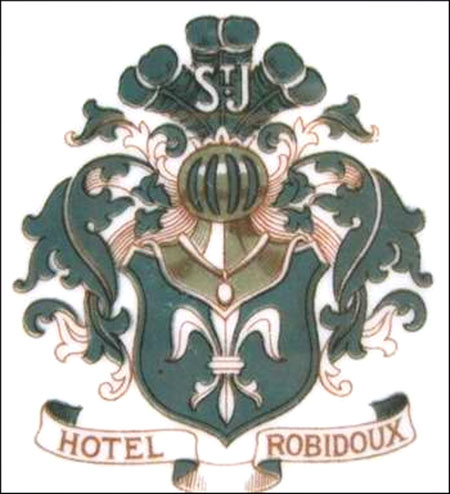 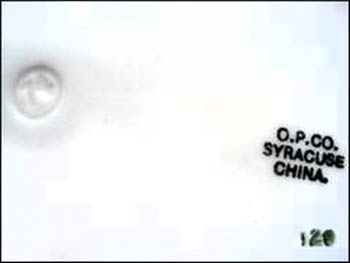 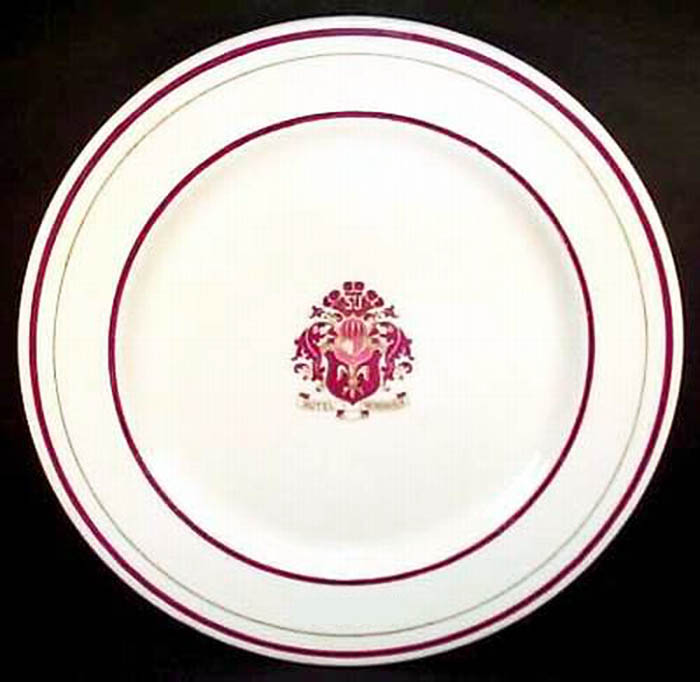 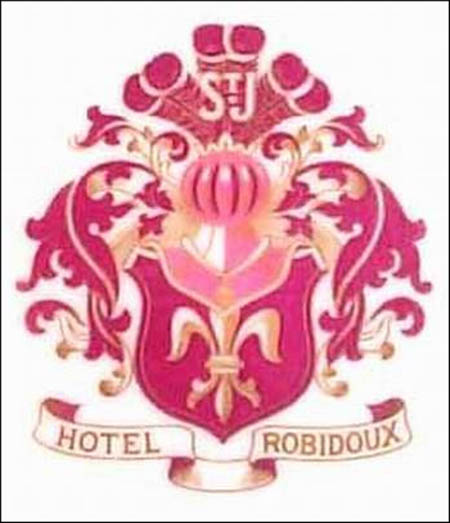 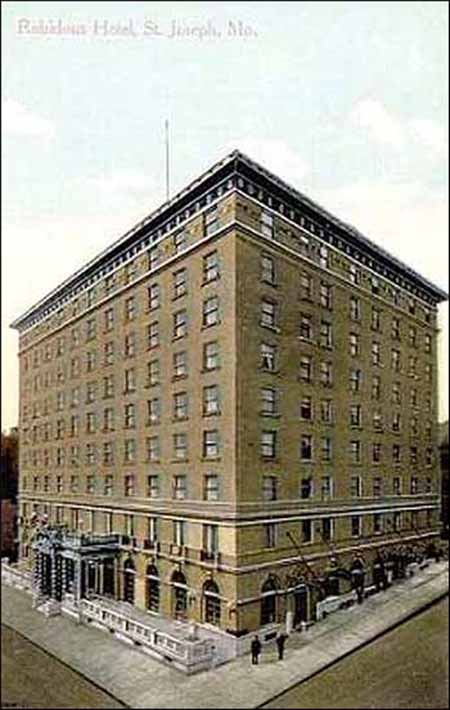 Notes: Named for Joseph Robidoux, a local fur-trader and founder of St. Joseph, Mo., The Robidoux Hotel was located at 5th Ave. and Francis Street in St. Joseph.

Designed by the firm of Eames & Young, the nine-story, 250-room hotel opened on Sept. 15, 1908. Advertised as the "Finest Hotel in the West," it was home of the Black Angus Room (noted for its delicious steaks) and the Pony Express Bar'n Cocktails with its murals of Pony Express Riders.

By 1962, a garage was attached to the hotel and "Motor" was added to the name. The hotel was not listed in the 1972 Hotel Red Book.

It was imploded on June 13, 1976 and a video of that implosion appeared in a national beer ad. In 1978, the site was occupied by the six-story Robidoux Center.

White body, 10" service plate with two concentric black lines with a pale blue-gray band between on the rim and a black line on the verge.

White body, 10" service plate with one maroon line and one gold line around the rim and another maroon line on the verge.

Both plates feature the Robidoux Family Crest in the center of the well, consisting of a shield with a single Fleur-de-Lis and a helmet above. Three plumes above the helmet with a StJ. Banner below with Hotel Robidoux. Two colorations of the crest shown below.